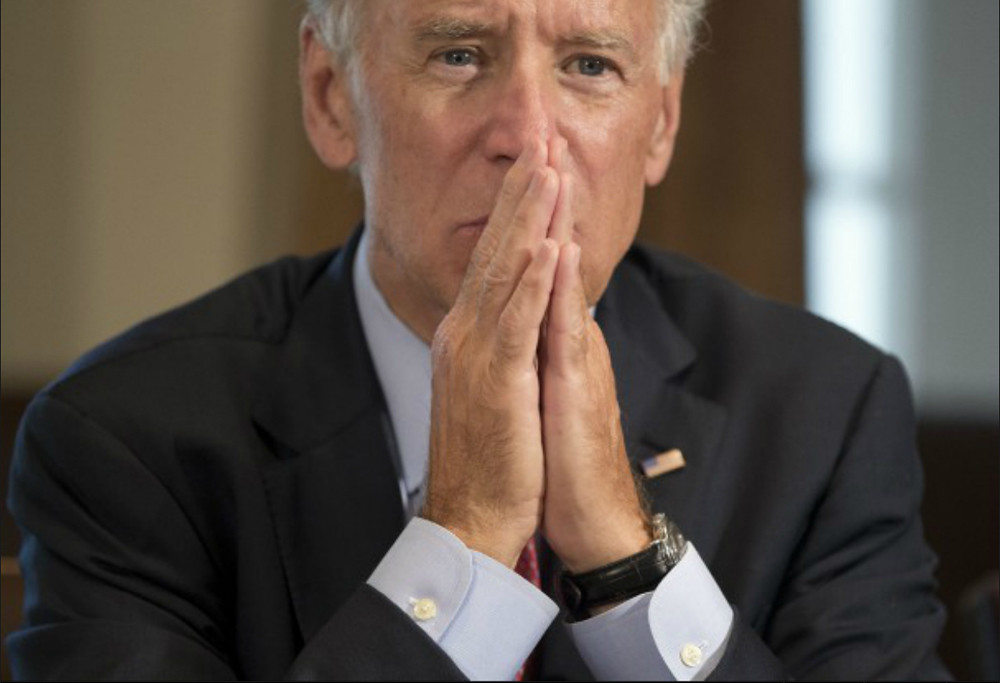 "Joe Biden" by Ancho. is marked with Public Domain Mark 1.0.

Joe Biden’s history of lies has finally come back to bite him.

He’s backed himself into a corner with his own falsehoods.

Here’s a list of the lies Joe Biden has made in just the last two years of his presidency.

The Republican National Committee recently put together a list of “21 Made-Up Stories Biden has Told About Himself as President,”

And considering it’s only the lies he’s told during his first two years in office, the list is quite long.

Coming in at number one was Biden’s claim that he “used to drive” an 18-wheeler.

“Biden **rode** in an 18-wheeler once nearly 50 years ago. He’s never driven one,” the RNC wrote on Twitter along with a link to a Politico fact-check report which had rated the statement as false.

The second was Biden’s repeated claim that he’d spoken with the “inventor” of insulin.

“Multiple scientists are credited with discovering insulin; two died before Biden was born and there is no evidence Biden met the others,” the RNC said.

Whopper number three was Biden’s claim he once “had a house burn down with my wife in it” which had “almost lost a couple firefighters.”

However, the incident in question was actually just a small kitchen fire and no injuries occurred.

At number five was Biden recalling “going to” the Tree of Life synagogue following the 2018 shooting that occurred there – only Tree of Life says Biden never showed up.

The sixth lie was Biden’s claim he had “served as a ‘liaison’ to Israeli Prime Minister Golda Meir during the Six-Day War.”

The reality? “Biden was in law school during the war and Meir wasn’t even prime minister,” said the RNC.

The seventh was Biden’s “first job offer” — which he said was from a lumber company. But the company has no record of any such job offer.

Number eight is Biden saying that “the first time” he “got arrested” was at a civil rights protest. Again, there are no records of him ever being arrested.

Next was Biden’s supposed conversation with an Amtrak conductor in 2012 about having traveled over 1 million miles on Air Force Two.

Number ten was Biden saying he was “appointed to the Naval Academy in 1965.” However, this would be impossible considering he graduated from the University of Delaware in 1965.

Number eleven is Biden saying pollution had been the cause of his skin cancer – when it wasn’t. Sun exposure was the cause.

The twelfth was Biden claiming he’d been a “full professor” at the University of Pennsylvania after serving as VP to Obama.

The thirteenth was that Biden’s “great-grandpop was a coal miner.” He wasn’t.

Coming in at fourteen was Biden saying he had awarded his “Uncle Frank” with a Purple Heart after being elected VP.

Once again, this is impossible. Not only had his uncle died years before – his uncle never received a Purple Heart.

At number fifteen was Biden’s claim that he’d “hit a ball 368 feet ‘off the wall’ at my second Congressional baseball game” when he actually batted 0-2, according to a 1974 newspaper article.

The next three lies were various boasts about his family’s football abilities.

Number nineteen was the repeat claim from 2007 that he’d been “shot at” while traveling overseas.

Number twenty included two different accounts about a woman who’d once asked Biden to remove a dead dog from her yard. In one version, he removed the dog. In another – he left the dead dog on her doorstep.

And finally at number twenty-one was the repeat claim from Biden that he’d been “involved” in the civil rights movement – despite saying in 1987 that he “was not an activist.”