Latest
Joe Biden’s Reckless Behavior Has Created This Huge...
Tucker Carlson Exposed A Horrifying Way Vaccine Companies...
Top Republican Just Exposed How Democrats Are Covering...
A Key Player In the Democrats’ Attacks Against...
Dr. Fauci Was Working On This Huge Secret...
Devin Nunes Said Nine Words That Laid Bare...
This Voting Machine’s Irregularities Were Major Enough To...
A Top Official Dropped A Bombshell How Democrats...
This One Document Shows Just How Much Joe...
A Democrat Proposed A Wild Conspiracy Theory To...
Home Featured Liz Cheney’s Latest Attack on Donald Trump Has Even Dems Shaking Their Heads
FeaturedGovernmentPoliticsU.S. News 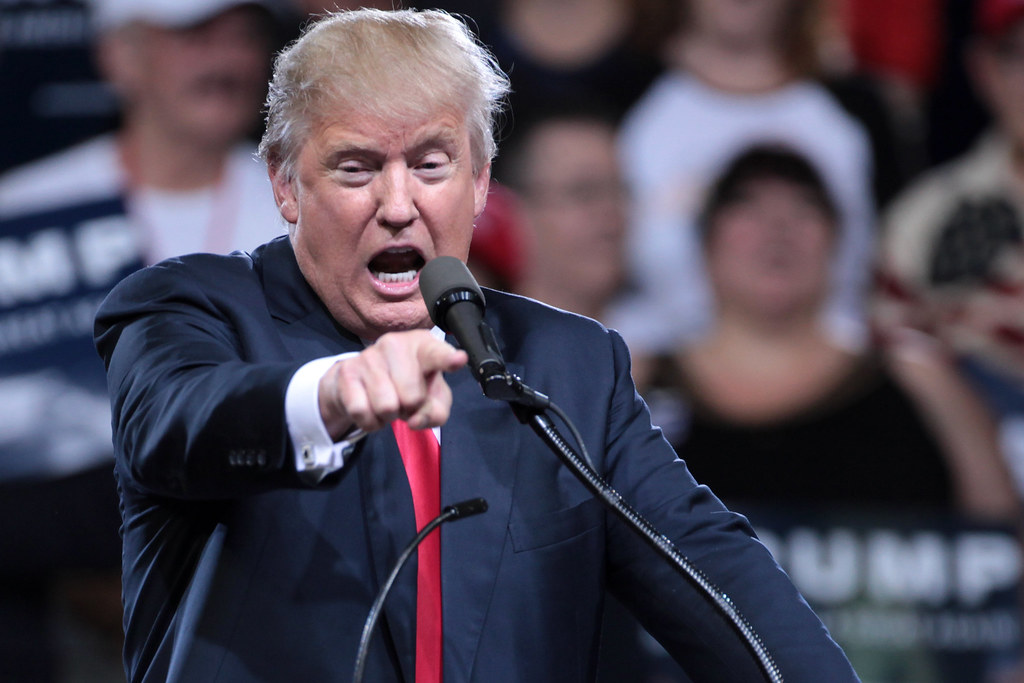 "Donald Trump" by Gage Skidmore is licensed under CC BY-SA 2.0.

The unconstitutional January 6 committee is winding up its show trial.

But it is unlikely the committee will seek criminal charges against Donald Trump.

That’s why Liz Cheney’s latest attack on Donald Trump has even the Dems shaking their heads.

The January 6 committee, formed to “investigate” the trespassing at the U.S. Capitol by a bunch of angry activists, has been a complete farce.

They refused to investigate the actions of the Capitol Hill police who seemingly opened doors for the protestors and let them in.

And they even refused to investigate the deaths at the hands of police of at least two of the protestors.

The committee also rejected any attempts to look into the growing amount of evidence that it was, in fact, FBI undercover operatives and informants who led protestors into the capitol.

Instead, they focused their waste of taxpayer dollars on attempting to make the protest into some sort of very dangerous, but unarmed, insurrection.

Not surprisingly their efforts have been a massive failure.

This is, of course, nothing more than a last-minute attempt to show they accomplished something before the new GOP-led congress shuts them down.

It’s not clear if any of the criminal referrals will directly affect Donald Trump.

As reported by CNN, “Thompson, a Mississippi Democrat, said the committee has not narrowed down the universe of individuals who may be referred.

Asked whether Thompson believed any witnesses perjured themselves, he said, “that’s part of the discussion.”

A source tells CNN the criminal referrals “will be focused on the main organizers and leaders of the attacks.”

But Liz Cheney, the soon-to-be former Congresswoman from Wyoming, seems hellbent on getting Donald Trump.

In fact, she has been so single-minded in her pursuit of him, even the Democrats on the committee are in disbelief.

Congressman Pete Aguilar (D-CA), who appeared on CBS News’ Face the Nation, was unwilling to speak directly about a criminal referral against Trump that Cheney so clearly craves.

“I’m not going to get ahead of what our report may or may not say,” he said.

With just two weeks left for the January 6 committee to wrap up its sham show trial, all eyes are on what, if any, criminal referrals they’ll make to the DOJ.

And even more important what the DOJ does with such referrals.

But for Liz Cheney, still reeling from her massive 30-point loss in her reelection bid, it’s all about Donald Trump.