Latest
Kevin McCarthy’s Bid as Speaker Now In Doubt...
FBI Whistleblower Paid the Price for Calling Out...
Nancy Pelosi’s Replacement Could be Much Worse for...
Joe Biden’s FBI Director Just Admitted This About...
Leading GOP Congressman Says Joe Biden has Weaponized...
A Shocking New Study on Gun Laws Has...
World Leaders Agreed to a Global Passport System...
This Lincoln Project Co-Founder is in Hot Water...
Biden’s CIA Head Ran This Think-Tank That Hired...
The Shocking Truth About Jeffrey Epstein’s Network of...
Home Featured This John Wayne ‘Apache’ Accuser Is Being Denounced by Her Sisters as a ‘Fraud’
FeaturedGovernmentPoliticsU.S. News 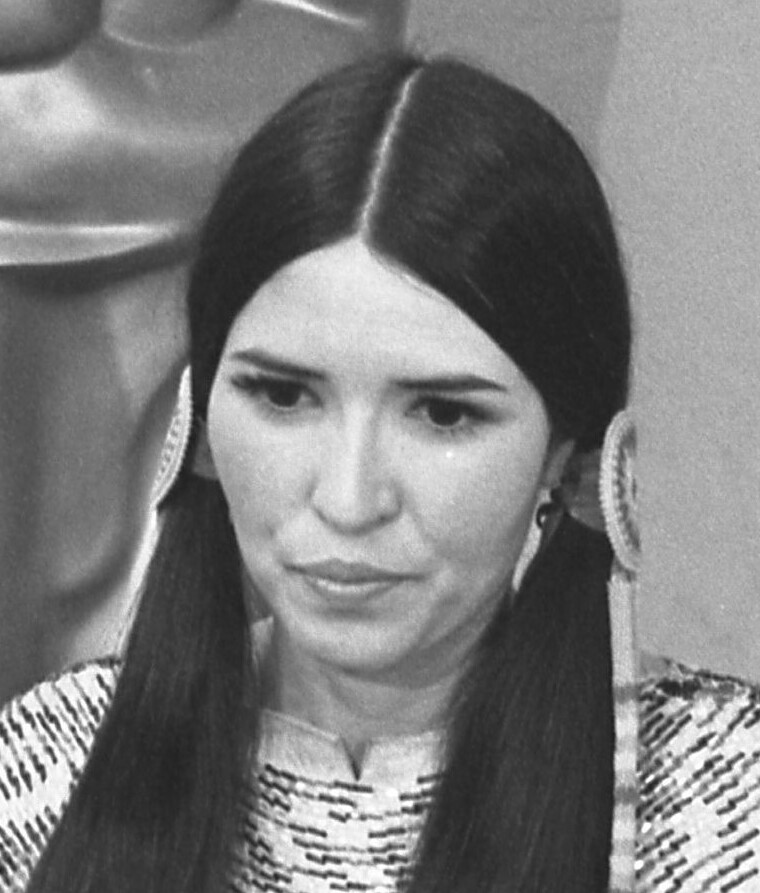 It seems the ‘woke’ politically correct crowd is going after famous conservatives from the past.

And few leftist targets loom larger than The Duke.

But now, this John Wayne ‘Apache’ accuser is being denounced by her own sisters as a fraud.

John Wayne will always be a Hollywood icon and legend.

In fact, in 2006 (almost 30 years after his death) Variety named him the box-office champion of all time.

And Wayne’s box-office popularity is even more impressive when compared with other stars of his generation.

And in 2017, John Wayne ranked 4th in a Harris Poll of “America’s Favorite Movie Stars.”

Wayne’s durability as one of America’s favorite actors has spanned some 80 years – throughout all the changes in the political, social, and cultural landscapes.

There is a joke in Hollywood that while Presidents and administrations come and go, Wayne stays at the top.

But it was politics where Wayne received scorn from many in the Hollywood crowd.

John Wayne was a well-known conservative who loved both country and a patriotic government. Many of his films were replete with his brand of conservatism.

And that made him enemies. Especially among the liberal elitists that took over Hollywood in the late 60s and early 70s.

One of these enemies was “Apache” activist Sacheen Littlefeather.

Littlefeather rose to notoriety in 1973 when she was Marlon Brando’s Academy Award stand-in and refused his Oscar for “The Godfather.”

She took the opportunity to denounce the film industry for its poor representation of Native Americans.

“My name is Sacheen Littlefeather. I’m Apache, and I am the president of the National Native American Affirmative Image Committee,” Cruz said from the Oscar podium donning a buckskin dress and moccasins.

Cruz went onto say Brando refused the award because of “the treatment of American Indians today by the film industry … and on television in movie re-runs, and also with recent happenings at Wounded Knee.”

Years later, Cruz would publicly claim that John Wayne tried to kill her backstage that night when he rushed at her screaming obscenities and trying to hit her.

Of course Wayne denied it and every investigation into the supposed incident (of which there were no witnesses) proved Wayne’s innocence.

Nevertheless, Littlefeather kept up the charade until her death on October 2 this year.

Now the actress, whose real name is actually Marie Louise Cruz respectively, is being denounced by her own family.

Despite Cruz’s claims throughout her entire life of being Apache, her sisters say she was the daughter of a Spanish-American father and a mother of “European descent.”

Orlandi Cruz told the San Francisco Chronicle that her sister’s claim of Apache heritage was “a lie … My father was who he was. His family came from Mexico. And my dad was born in Oxnard.”

The other sister Rozalind agreed – “It is a fraud … It’s disgusting to the heritage of the tribal people. And it’s just … insulting to my parents.”

In addition to her own family, Jacqueline Keeler, a member of the Navajo Nation, produced genealogical research for Rozalind Cruz that traced their father’s family back to Mexico in 1850.

There was no evidence of him having any Native American ancestry.

And none of the ancestors of “Sacheen Littlefeather” married anyone reportedly Native American or American Indian.

“Keeler proves Littlefeather was a troubled woman who made the stories of others her own,” said Liza Black, associate professor of history and Native American studies at Indiana University.

Clearly Cruz was a troubled woman.

Of course, the Academy Awards just recently apologized to Cruz for the mistreatment she received at the 1973 Oscars and even held an event honoring her legacy back in September – only weeks before she died.

I wonder how they feel about all of that now that her sisters have come out to say she was a total fraud.

With all the wokeism in Hollywood, no wonder a man of true grit like John Wayne still ranks at the top of America’s favorite movie stars.