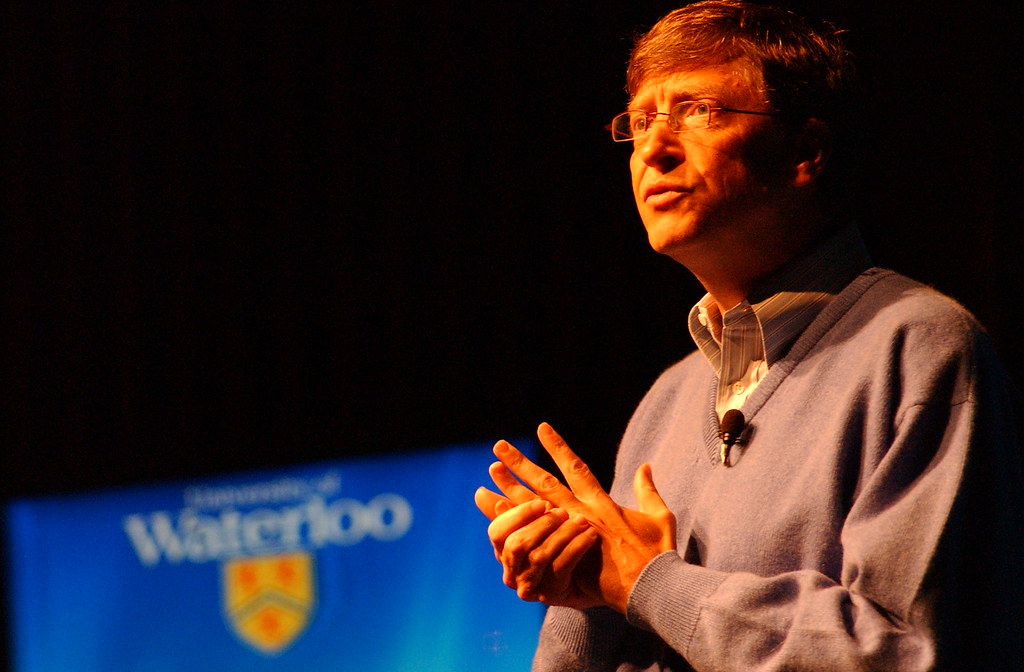 "Bill Gates @ the University of Waterloo" by batmoo is marked with CC BY-SA 2.0.

The mad dash to track people is ramping up again.

It’s part of the socialist plan for the world.

And now the Bill and Melinda Gates Foundation recently announced a pledge of $1.27 billion dollars to the United Nations with $200 million going directly to the creation of a global digital ID system.

And Gates isn’t hiding his efforts.

A September 21 press release published on the Gates Foundation website stated that $200 million will be used to create a worldwide infrastructure that “encompasses tools such as interoperable payment systems, digital ID, data-sharing systems, and civil registry databases.”

This infrastructure will ensure countries are “more resilient to crises such as food shortages, public health threats, and climate change, as well as to aid in pandemic and economic recovery.”

The program – named Agenda 2030 – was adopted by the United Nations in 2015 and lists 17 goals to be achieved by 2030 (thus the name of the program), including population control through abortion and contraceptives, the reduction of fossil fuels for the “sake of the climate,” and a global ID system to track people’s every move.

As Michael Rectenwald, author of “Google Archipelago: The Digital Gulag and the Simulation of Freedom,” puts it, “…of all the other means of identifying and tracking subjects, digital identity poses perhaps the gravest technological threat to individual liberty yet conceived.”

Rectenwald also says a digital ID “has the potential to trace, track and surveil subjects and to compile a complete record of all activity, from cradle to grave.”

And this goes hand-in-hand with the push to create a one-world banking and monetary system.

Already Communist China and some European countries have such systems in place.

And the normalization and acceptance of vaccine passports has not only sped up the process but proven that a majority of people are willing to go along with whatever the government tells them to do.

In some cities and states in the U.S., the people who refused to get vaccinated were denied access to everyday services and many even lost their jobs.

Imagine how a global ID and tracking system will make everyday life even worse. A system that most liberty advocates believe will be used to track and punish anyone who doesn’t cooperate with the globalist one-world agenda.