Latest
Joe Biden’s Reckless Behavior Has Created This Huge...
Tucker Carlson Exposed A Horrifying Way Vaccine Companies...
Top Republican Just Exposed How Democrats Are Covering...
A Key Player In the Democrats’ Attacks Against...
Dr. Fauci Was Working On This Huge Secret...
Devin Nunes Said Nine Words That Laid Bare...
This Voting Machine’s Irregularities Were Major Enough To...
A Top Official Dropped A Bombshell How Democrats...
This One Document Shows Just How Much Joe...
A Democrat Proposed A Wild Conspiracy Theory To...
Home Featured Shades of Nazi Germany? U.S. Jews Being Targeted by This Program
FeaturedGovernmentHorror StoriesPoliticsU.S. NewsWorld News

Shades of Nazi Germany? U.S. Jews Being Targeted by This Program 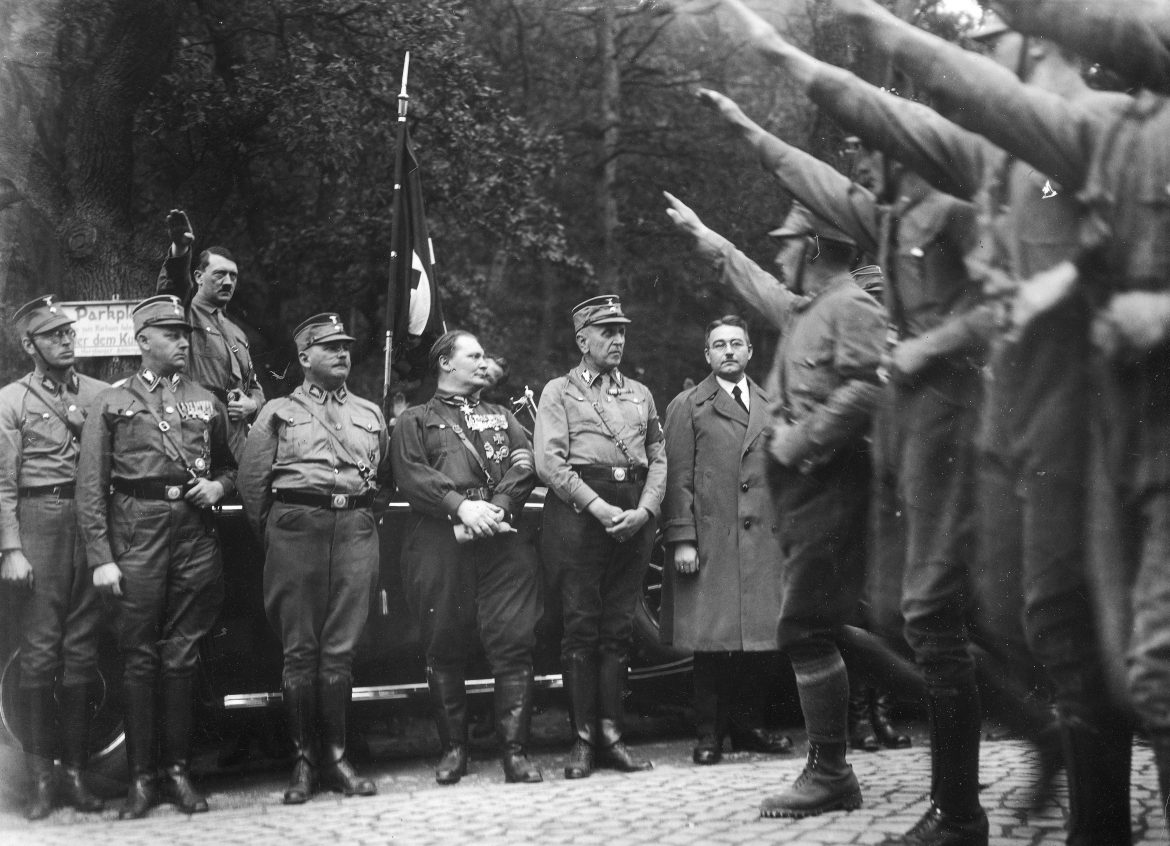 American Jews are becoming concerned for their safety.

And with violence against Jews on the rise, they have good reason.

According to one American Jew, it’s almost more unsafe to walk the streets of New York City than in the Middle East.

Even the suburbs have become less safe as attacks on synagogues and schools have increased.

As if that wasn’t bad enough, a new way of targeting them is underway and it’s sending chills down the spines of not just the Jewish community, but all Americans concerned with privacy and safety.

Creators of the Mapping Project have developed a new interactive website that exposes Americans who support “the colonization of Palestine” by revealing the names and addresses of almost 500 organizations and individuals in Massachusetts.

Many of whom are Jewish.

Rob Leikind, the regional director for the American Jewish Committee (AJC) in New England, found out he was on the list and now he’s sounding the alarm.

He joins a host of other Jewish advocates and community leaders in the Boston area who are speaking out about the Mapping Project’s interactive “Jew finder.”

“This is a moment where people feel like things have changed.”

Ellie Cohanim, the former deputy special envoy on anti-Semitism at the State Department, says the program puts Jewish individuals and institutions at risk.

“This is coming at a time when there is a rise in anti-Semitic incidents and attacks all across the country,” she said.

The Anti-Defamation League (ADL), which tracks anti-Semitic harassment, vandalism, and assault in the US, recorded 2,717 violent incidents from 2020 – a 34-percent increase and the highest number since 1979.

Leikind says history is repeating itself.

“The anti-Semitism which after the Holocaust was kind of an obscenity, today is becoming normalized again. That people who have those ideas, who kept them to themselves now feel increasingly comfortable expressing them,” he said.

“The notion that Israel is the worst place on earth,” Leikind explained.

Cohanim said attacks on Jews in Europe increase whenever there’s conflict in Israel. She says that’s now happening in the US too.

“We had caravans of Palestinian-flagged cars driving through Jewish neighborhoods, particularly looking for Jews to attack and in fact they did attack Jews, all across this country,” she told CBN News.

Supposedly the FBI is looking into the Mapping Project, but since it’s a leftist group, it’s not likely anything will come of it.

Deep State Watch will keep you updated on this important story.