Latest
Shades of Nazi Germany? U.S. Jews Being Targeted...
This Joe Biden Policy is Making Halloween Downright...
Biden’s FBI Investigated This Leading GOP Congressman Based...
This Leading CEO Applauds High Energy Prices for...
Joe Biden Was Caught Whispering to Himself and...
The Real Reason the January 6 Committee Canceled...
Sources Say Joe Biden Ordered the Destruction of...
Joe Biden Has a Plan to Regulate Cryptocurrency...
Joe Biden Just Said the One Thing That...
This Shocking New Hunter Biden Revelation has Democrats...
Home Featured It Turns Out Liz Cheney is Worse Than Everyone Thought and Here’s Why
FeaturedGovernmentPoliticsU.S. News 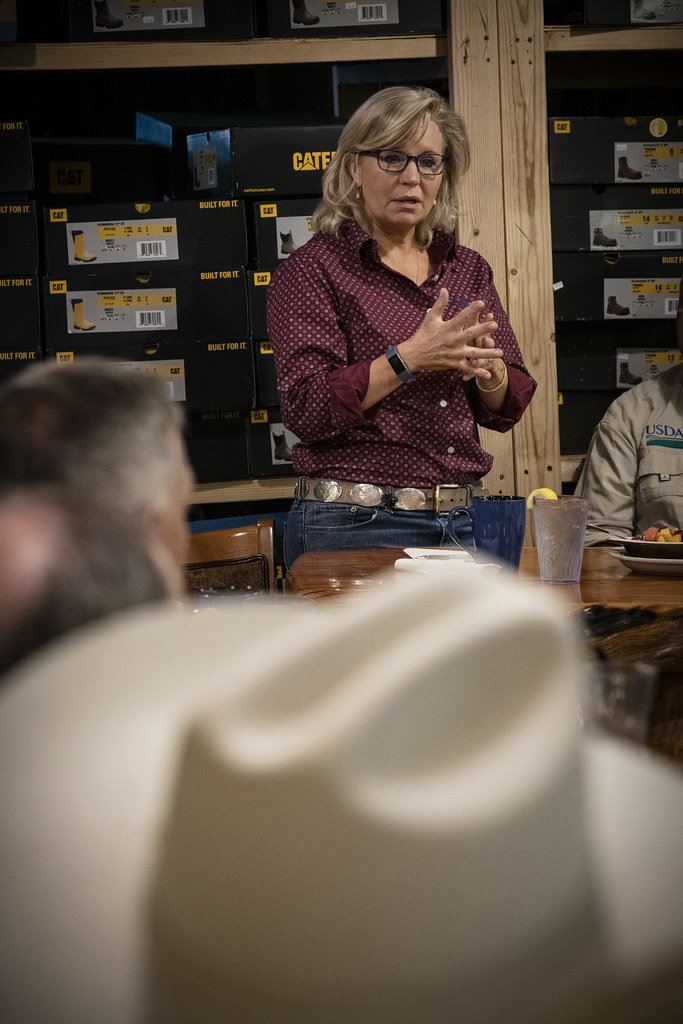 Liz Cheney couldn’t even muster 30% in her primary defeat.

That’s because she’s one of the least popular politicians in America.

But it turns out Liz Cheney is even worse than everyone thought and here’s why.

And it was a resounding loss, with Cheney unable to get a mere one-third of Republicans to vote for her despite even a last-minute, hard-hitting appeal from her famous (or infamous) dad, former Vice President Dick Cheney.

While her loss wasn’t a surprise, it was certainly a repudiation of not just her anti-Trump crusade, but her longtime RINO votes and actions.

And it should send a strong message to her supporters in Congress like RINO Nancy Mace of SC who decided to back Cheney.

But it doesn’t seem Cheney has received the message herself, because she’s decided to launch a PAC that she says will be dedicated to defeating Trump supporters.

But more than that, Cheney is going to use her PAC to take out Republican politicians, despite her constant claims of being a loyal member of the GOP.

The soon-to-be former Congresswoman is vowing to support the opponents of anti-Republican election deniers – even if that means helping Democrats defeat members of her own party.

Cheney made the pledge during an appearance on ABC’s “This Week.”

“We’ve got election deniers that have been nominated for really important positions all across the country,” Cheney said on the Sunday morning talk show.

“I’m going to be very focused on working to ensure that we do everything we can, not to elect election deniers.”

Cheney promised to get involved in campaigns to oust any Republican who has challenged or denied the results of the 2020 presidential election.

Among those would be Florida Gov. Ron DeSantis.

In a humorous moment on the show, host Jonathan Karl asked Cheney about her presidential aspirations and if she would even run as a Republican.

“I haven’t made any specific decisions or plans about that at this point.”

The RINO daughter of former Vice President Dick Cheney also believes the Republican National Committee and Trump would fear her as a presidential candidate.

“I can understand why they would not want me on a debate stage with Donald Trump,” she said.

“I can understand why they wouldn’t want it, and I would imagine Donald Trump isn’t too interested in that either.”

However, a recent Morning Consult poll showed Trump as the 2024 GOP frontrunner with 56% of the vote.

Cheney said she also plans to “educate” Americans about the Jan. 6 riot at the U.S. Capitol.

“I’m also going to spend a lot of time doing everything I can to help educate the American people about what happened. And I think our hearings have been a tremendous contribution to that,” Cheney said.

Cheney didn’t discuss whether she would educate Americans about the BLM and Antifa riots or the Census Bureau literally stealing congressional elections and rigging the electoral college through their recently admitted “overcounting.”

She’s so clueless it’s no wonder she can’t get more than 30% in her own home state – and only a useless 2% in a nationwide poll.