Latest
Rand Paul Isn’t Done with Dr. Fauci and...
Amazon Just Expanded Their Ability to Spy on...
Joe Biden All Smiles as the Senate Gives...
The FBI Just Launched Another Attack on Donald...
Federal Reserve Employees are Being Targeted by Communist...
Global ‘War on Farmers’ is Marching Forward and...
Big Tech Colluding with the CDC to Push...
Key DOJ Official Who Was Named in the...
Dr. Fauci Faces Fraud Accusations After This Doctor’s...
An Entire Town’s Police Force Just Quit In...
Home Featured Federal Reserve Employees are Being Targeted by Communist Chinese – Here’s How
FeaturedGovernmentPoliticsU.S. NewsWorld News 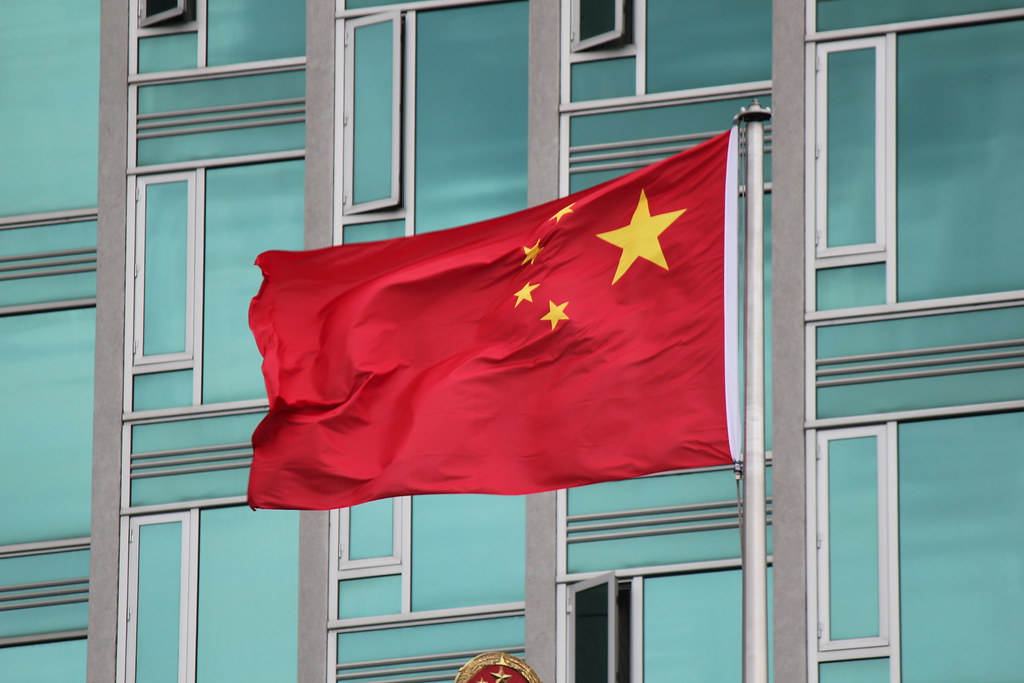 It’s bad enough the Federal Reserve manipulates our money and decides our very own economy.

Now it turns out they may be working for our very own enemies.

A new report shows several Federal Reserve employees are being targeted by the Communist Chinese – here’s how.

The creation of the Federal Reserve remains one of the dark spots on America’s history.

Since its creation in 1913, the Fed has manipulated American economic markets, destroyed the U.S. dollar, and propped-up national and international banks.

And of course, the Fed is blatantly unconstitutional as Congress can’t assign monetary power to an independent, quasi-governmental agency.

The Constitution is clear, Congress alone has the power to coin money and regulate its value. But in 1913, Congress delegated this power to the Fed through the 1913 Federal Reserve Act.

And the Fed has been destroying the American economy ever since.

They’ve done so in almost complete secrecy. Which is why Ron Paul and now Rand Paul and others have pushed for legislation to Audit the Fed.

Now it turns out a new report shows even more troubling activity from Federal Reserve employees that could have far-reaching consequences.

For at least the past nine years, the Communist Chinese government in Beijing has allegedly been trying to tamper with the Federal Reserve as part of their ongoing attempt to undermine American monetary policy.

In a recently released report by Republicans on the Senate Homeland Security and Government Affairs Committee, the Communist Chinese government has apparently tried to obtain sensitive internal information while building a network of influence and informants inside the Federal Reserve.

And this news was so concerning it was even reported by liberal CNBC News.

The report from the Senate committee outlined that several Federal Reserve employees known as the “P-Network” raised red flags with both their foreign travel patterns and educational backgrounds.

One stark example of this is one employee who was detained four times during a single trip to Shanghai in 2019.

One Fed employee had “continuous contacts with Chinese nationals” and also attempted “to transfer large volumes of data from the Federal Reserve to an external site.”

But these examples are just the tip of the iceberg.

There are also multiple reports of other Federal Reserve employees with “close ties” to the People’s Bank of China, Communist Chinese academic institutions, and Xinhua News – which is a state-run Communist propaganda news outlet.

Even disgraced FBI head Chris Wray admits the Communist Chinese are involved in a massive effort against U.S. economic systems.

“The Chinese government is set on stealing your technology – whatever it is that makes your industry tick – and using it to undercut your business, and dominate your market,” Wray said in June.

“And they’re set on using every tool at their disposal to do it.”

This includes the Fed.

So what is the Federal Reserve doing about it?

Federal Reserve Chairman Jerome Powell disputed the findings of the Senate report and attacked the committee for being “unfair.”

“We would be concerned with any supportable allegation of wrongdoing, whatever the source,” Powell wrote in a letter as reported by Fox News.

“In contrast, we are deeply troubled by what we believe to be the report’s unfair, unsubstantiated and unverified insinuations about particular individual staff members.”

And there, in one concise paragraph, you have the main problem with the Fed. They do not exist to serve Americans, but rather to serve their socialist, globalist masters.

And that is why the Fed should be audited – and then ended.