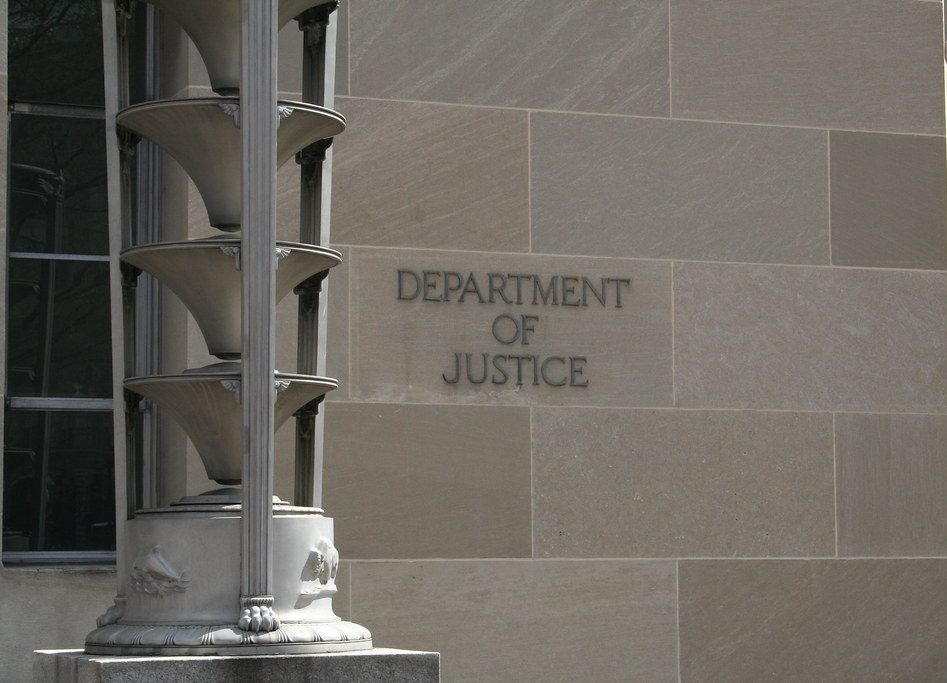 "Department of Justice" by skpy is licensed under CC BY-SA 2.0

He’s been called the most dangerous man in America.

Yet almost no one has heard of him.

But this DOJ official who’s now been named in the Hunter Biden scandal also tried to take down Ron Paul.

Many key DOJ officials and prosecutors have been perfecting the assault on conservative Americans for years.

One needs to look no further than the prison sentences being given to January 6 protestors, many of whom are locked away in solitary confinement, while BLM, Antifa, and pro-abortion terrorists roam free.

But this targeting of conservatives by the FBI and DOJ is nothing new.

DOJ official Richard Pilger is an especially heinous man who has dedicated his career to destroying as many patriots and their efforts as he can.

A decade ago during the Obama administration, Pilger played a key role in the Lois Lerner IRS scandal where conservatives and Tea Party organizations were grossly targeted.

Pilger, currently chief of the DOJ’s Elections Crime Branch of the Public Integrity Section, plotted with Lerner and other IRS officials to find ways to pursue criminal prosecutions of conservative nonprofit organizations.

Pilger’s efforts led the FBI to get more than 1.1 million pages of documents from conservative groups and consider charging these groups with making false statements on their IRS applications as nonprofits.

Their only “crime” — they had engaged in free speech activities which Pilger and his Democrat bosses didn’t like, according to congressional investigators.

In an interview with congressional investigators in 2014, Pilger revealed he had begun plotting with Lerner to prosecute conservative nonprofits in the fall 2010, a few months after the Supreme Court’s landmark Citizens United ruling.

But that’s not all.

In an effort to get to Ron Paul himself, Pilger launched a prosecution against Paul’s key presidential campaign staff in 2012.

Pilger was successful in getting three of Paul’s top aides convicted in a first-of-its-kind prosecution that used Sarbanes Oxley banking laws and IRS laws to charge them with FEC coding and expenditure violations.

This is exactly what Hillary Clinton was just found to have done, but she only received an FEC fine.

Thankfully, Donald Trump pardoned two of the three aides and demoted Pilger for his abuse of power.

Now Pilger is back.

His name resurfaced in a recent letter Senator Chuck Grassley (R-IA) wrote to FBI Director Chris Wray and Attorney General Merrick Garland regarding multiple whistleblowers who had come forward with information about FBI agents and DOJ officials politically tampering with the Hunter Biden (and other) investigations.

Both Grassley’s letter and official statement from his Senate office mentioned Pilger by name as being involved.

“Thibault and Richard Pilger, director of the election crimes branch within the FBI’s public integrity section, reportedly were instrumental in the opening of an investigation into the Trump campaign and its associates based in substantial part on information from left-aligned organization,” he added.

“Whistleblowers claim that Thibault, Pilger and others didn’t always adhere to agency policies in their supervision of various election-related matters, including campaign finance investigations across multiple presidential election cycles.”

Richard Pilger is exactly the kind of Deep State operative that is destroying our great nation.