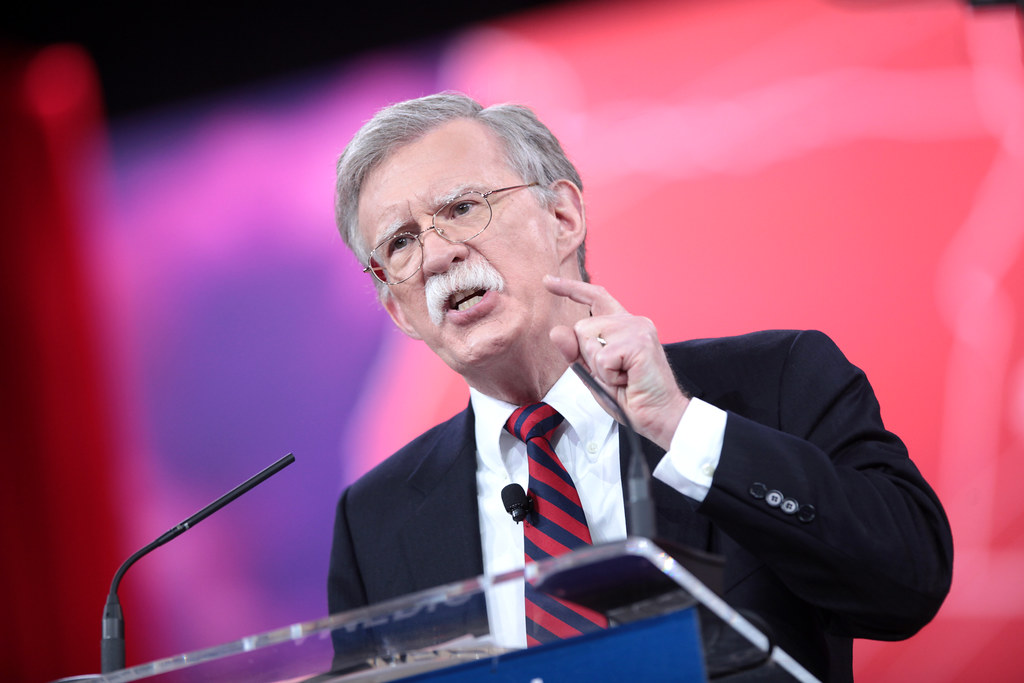 "John Bolton" by Gage Skidmore is licensed under CC BY-SA 2.0.

No President can get every single pick for their administration right.

But now the neocon hero Bolton just defended Trump by admitting to one shocking action.

Most of Donald Trump’s ardent supporters were stunned when he named neocon hero and warmonger John Bolton to serve as his National Security Advisor in 2018.

To no one’s great surprise, it didn’t last long.

The former Bush official left the Trump administration after just over a year in the role.

And he’s been an outspoken critic of Trump ever since.

Bolton even wrote a book about his time in the Trump administration and volunteered to testify during Trump’s impeachment hearings.

And while Bolton has always considered himself very clever, he may have tried to be too clever by half.

In trying to “lay the smackdown” on President Trump, Bolton may have defended him instead – putting himself in a whole kettle of hot water.

Bolton made the remarks on CNN while discussing the sham congressional hearings on Jan 6.

Bolton however shocked CNN’s Jake Tapper when he suggested Trump was not competent enough to pull off a “carefully planned coup d’etat.”

“As somebody who has helped plan coups d’etat – not here but you know (in) other places – it takes a lot of work. And that’s not what he (Trump) did,” Bolton said.

Tapper, seemingly thoroughly surprised, asked Bolton which coup attempts he was referring to.

“I’m not going to get into the specifics,” Bolton said, before getting specific and mentioning Venezuela.

“It turned out not to be successful. Not that we had all that much to do with it but I saw what it took for an opposition to try and overturn an illegally elected president and they failed.”

In 2019, Bolton – while still acting as the NSA advisor – publicly supported Venezuelan opposition leader Juan Guaido’s call for the military to back his efforts in ousting socialist President Nicolas Maduro, arguing that Maduro’s re-election was illegitimate.

Ultimately the effort failed, and the socialist Maduro remained in power.

“I feel like there’s other stuff you’re not telling me (beyond Venezuela),” Tapper said, prompting the following reply from Bolton: “I’m sure there is.”

Many Americans have questioned U.S. involvement in the toppling of other nations’ governments and usually these questions are met with either denial, or silence.

And it is highly unusual for a U.S. official to openly acknowledge their role in promoting political unrest in foreign countries.

John Bolton on the other hand casually boasts about how he’s done just that.

And on CNN of all places!

Dr. Anthony Fauci Finally Made an Announcement that Has Americans Cheering