Latest
Joe Biden’s Reckless Behavior Has Created This Huge...
Tucker Carlson Exposed A Horrifying Way Vaccine Companies...
Top Republican Just Exposed How Democrats Are Covering...
A Key Player In the Democrats’ Attacks Against...
Dr. Fauci Was Working On This Huge Secret...
Devin Nunes Said Nine Words That Laid Bare...
This Voting Machine’s Irregularities Were Major Enough To...
A Top Official Dropped A Bombshell How Democrats...
This One Document Shows Just How Much Joe...
A Democrat Proposed A Wild Conspiracy Theory To...
Home Featured Leftist Billionaire George Soros Just Made One Shocking Prediction About the End
FeaturedGovernmentPoliticsU.S. NewsWorld News 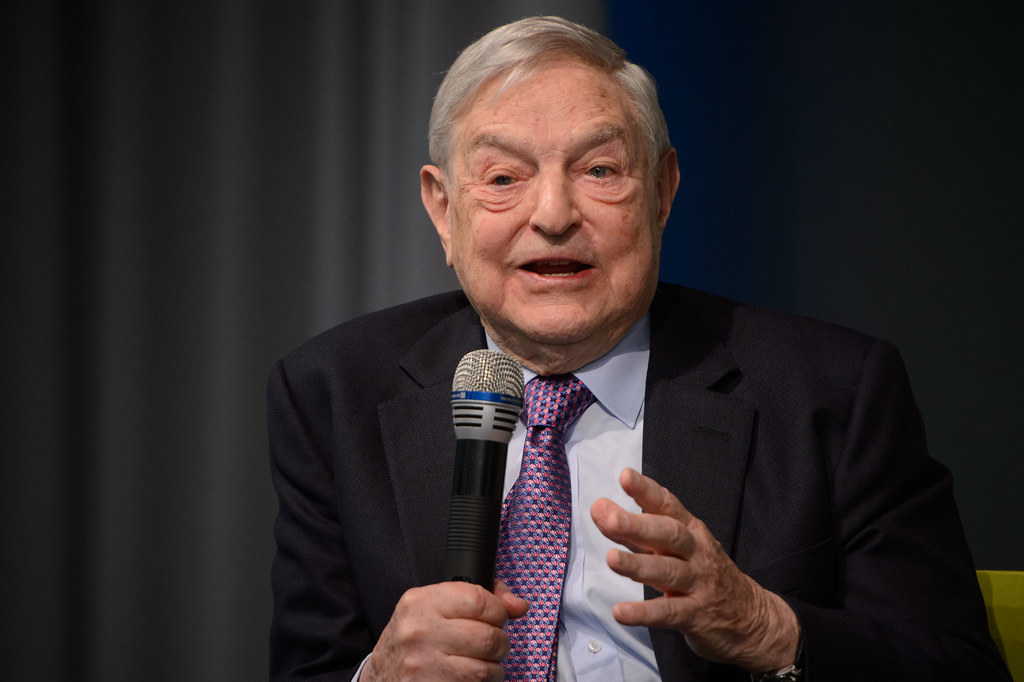 "George Soros" by boellstiftung is licensed under CC BY-SA 2.0

Every leftist’s favorite billionaire is at it again.

He recently spoke at the World Economic Forum but they didn’t expect this.

Because leftist Billionaire George Soros just made one shocking prediction about the end.

George Soros is perhaps best known for funding the complete takeover of the United States by the radical leftist/Socialist regime.

He has funded everything from national Democrats to Antifa, and extremist “no arrest,” “no conviction” District Attorneys in localities around the nation.

His billions have gone to every leftist cause imaginable and next to the powerful union bosses has been the number one source of socialist money these last few years.

But now Soros is sounding the drumbeat of despair.

And the left is confused, to say the least.

Of course, through the years many people have predicted the end of the world.

From Al Gore and the “gang green” bunch of environmental wackos to religious zealots and UFO fanatics, the end of world prognosticators are in no short supply.

But of all the phony prophets who’ve predicted the end of the world as we know it, possibly none was less expected than socialist powerbroker George Soros.

Some of the more famous end of the world predictors, men like Nostradamus and Marshall Applewhite are among the marginally mad people who’ve decided that they could predict our world would come crumbling down around us.

But George Soros, one of the world’s richest and most powerful men, is now joining that dubious group by predicting an end to our civilization, and it has his fellow socialists and international observers scratching their heads.

Afterall, how can their coming socialist “utopia” lead to the end of the world?

Soros warned during his traditional dinner speech at the globalist World Economic Forum in Davos, Switzerland that “civilization may not survive” Russia’s invasion of Ukraine but said Europe could have a stronger position against President Vladimir Putin regarding gas than it realizes.

The Hungarian-born socialist investor (talk about a contradiction) and philanthropist said the war has “shaken Europe to its core.”

Because Soros went even further, and his predictions were dire.

“The invasion may have been the beginning of the Third World War and our civilization may not survive it,” Soros said.

“We must mobilize all our resources to bring the war to an early end. The best and perhaps only way to preserve our civilization is to defeat Putin as soon as possible.” he said.

And there you have it. Soros, the ex-Nazi turned multi-billionaire socialist funding machine believes that unless Putin is defeated the world is on the brink of extinction.

There is no doubt Putin is a bad actor and should be defeated. But the end of the world?

Of course, as a good national socialist, Soros has been fighting the Russians for decades.

And national socialism (the Nazis) and socialism have always gone hand in fist, marching goosestep together towards world domination. Hitler vs. Stalin was the fight between one form of socialism vs. another.

Both were evil, and both still are today.

What Soros likely meant is unless he gets his way, with his brand of socialism, his world as he knows it will end.