Latest
Joe Biden’s Reckless Behavior Has Created This Huge...
Tucker Carlson Exposed A Horrifying Way Vaccine Companies...
Top Republican Just Exposed How Democrats Are Covering...
A Key Player In the Democrats’ Attacks Against...
Dr. Fauci Was Working On This Huge Secret...
Devin Nunes Said Nine Words That Laid Bare...
This Voting Machine’s Irregularities Were Major Enough To...
A Top Official Dropped A Bombshell How Democrats...
This One Document Shows Just How Much Joe...
A Democrat Proposed A Wild Conspiracy Theory To...
Home Featured AOC Wants to Hide This Inconvenient Truth About the Earth’s Temperature
FeaturedGovernmentPoliticsU.S. News 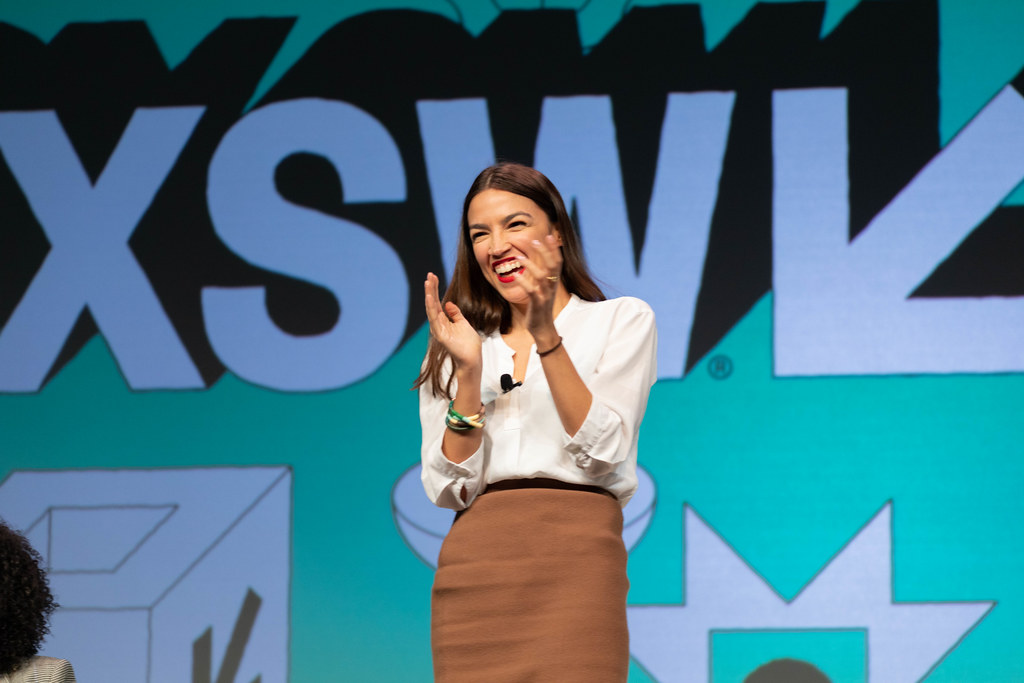 "Alexandria Ocasio-Cortez @ SXSW 2019" by nrkbeta is licensed under CC BY-SA 2.0

We all know the “global warming” myth didn’t work out the way the left wanted.

So, they changed it to “climate change” and hoped we wouldn’t notice.

And it’s why AOC wants to hide this inconvenient truth about the earth’s temperature.

According to predictions and the “irrefutable science” over the last 40 years, the earth no longer exists and humans are extinct.

But here we are.

And yet, that still hasn’t stopped the environmentalists, scientists, activists, and their cheerleaders in Congress from warning us of impending doom at every turn.

But there is hope!

If we spend billions of dollars and shut down millions of small businesses, together we can combat global warming… er, climate change.

Because, it turns out, by imposing socialism on the world, it will save the earth and the human race from imminent disaster.

But a funny thing happened on the way to global warming.

The world didn’t get hotter.

Which made a very good reason for the chicken-littles to change the moniker from “global warming” to just “climate change” – because of course the climate changes.

In fact, it changes everywhere on earth, every day.

So choosing such an umbrella term like “climate change” was pretty darn ingenious.

But as for global warming, well, the earth simply wasn’t getting hotter.

In fact, scientists working on the most authoritative study on climate change were urged to cover up the fact that the earth’s temperature hasn’t risen in the last 15 years.

The source for this bombshell comes courtesy of a leaked copy of a United Nations Intergovernmental Panel on Climate Change (IPCC)report compiled by hundreds of scientists.

The report is the result of six years of work attempting to explain why 1998 was the hottest year on record and yet “shockingly” temperatures have not increased since.

Politicians in the United States, Germany, Belgium, and Hungary were concerned by this conundrum.

German officials called for all references to the slowdown in the earth’s warming to be removed from the report.

Belgian government scientists objected to using 1998 as the starting year and suggested using 1999 or 2000 to make the data look more favorable to climate-change activists instead.

And not to be outdone, the United States urged the report’s authors to just explain away the lack of global warming by using an unproven, untested hypothesis that more heat is being absorbed by the ocean.

This is not the first time an IPCC report has come under intense scrutiny and scorn.

The last IPCC ‘assessment report’ was published in 2007 and became the subject of huge controversy after it had to correct the embarrassing claim that the Himalayas would melt by 2035.

It was also caught up in the famed ‘Climategate’ scandal surrounding leaked emails that showed scientists were manipulating their data to make it look more convincing.

So, when it comes to climate change, we have scientists manipulating data, making predictions of impending doom that don’t come true, lying, and making cover-ups.

Some things don’t ever change.