Rand Paul Says Anthony Fauci is This Vile Criminal Type, Has Video to Prove it 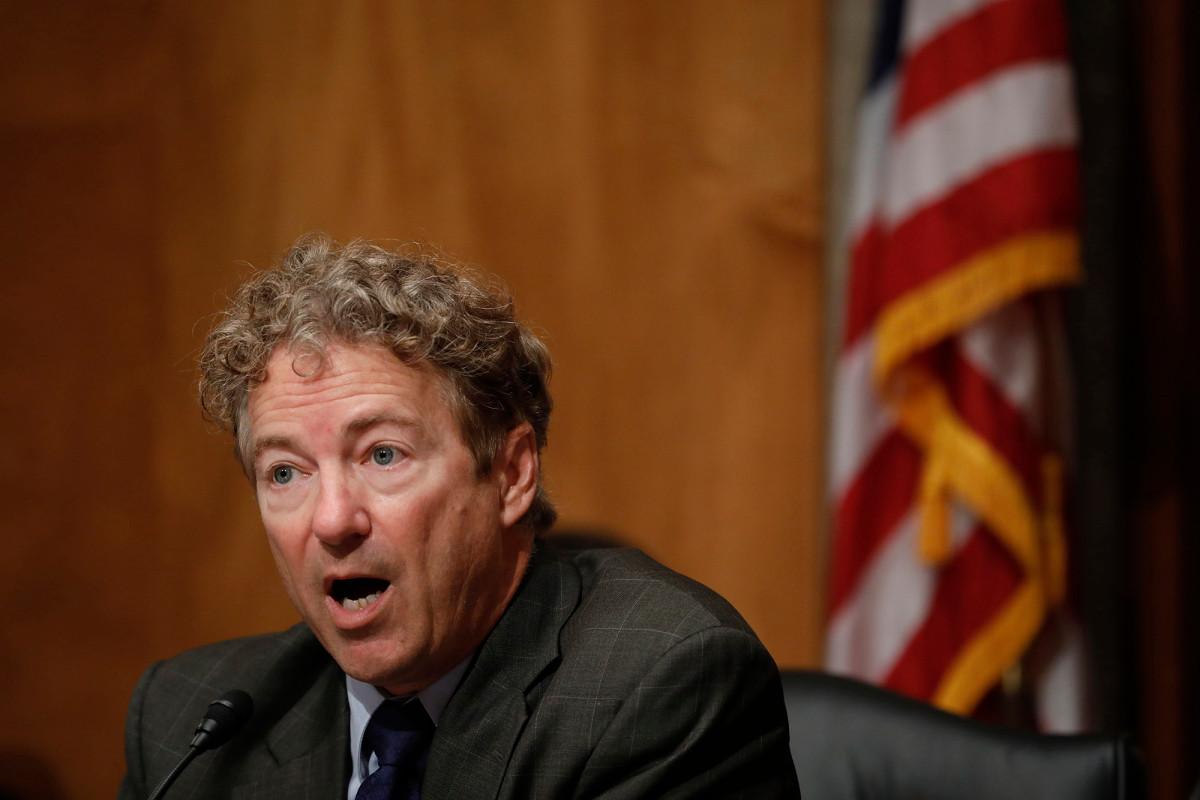 We know Dr. Anthony Fauci lied to both Congress and the American people.

So many are wondering why Fauci hasn’t been brought up on charges for many of his actions.

Well now Senator Rand Paul says Fauci has behaved like a mob boss and has the video to prove it.

Dr. Anthony Fauci seemed to have vanished from the scene when the “science of COVID” changed, or rather, the poll numbers got too bad for the Democrats.

Then, just when you thought it was safe to move on with your life, here comes Dr. Anthony Fauci with new, dire predictions of the “latest COVID strain” that’s sure to do us all in any day now.

And of course the octogenarian doctor is promoting the latest in a long series of “vaccines” and boosters that may or may not work and/or may or may not have long term and devastating side effects.

All for a virus that’s 99% survivable which we also now know that Dr. Fauci is at least partially responsible for unleashing on the world.

Well, you may not have been ready to see Fauci back on your TV screens (I know we weren’t), but it seems Senator Rand Paul (R-KY) was.

Even though the number of patients hospitalized with COVID has fallen more than 90% in the last two months and coronavirus cases have dropped to the lowest levels since the early days of the pandemic, Fauci is back on the scene with a warning of a new, possibly worse, strain of the virus.

And Senator Paul isn’t about to let Dr. Anthony Fauci take us down that path again without first being reminded of his horrific behavior during the pandemic.

In a recent appearance on “The Ingraham Angle,” Paul gave his reaction to a shocking and disturbing Vanity Fair report that claimed Fauci and former NIH Director Dr. Francis Collins

had aggressively pushed back against anyone who did not go along with the false narrative that COVID had originated from a wet market in Wuhan, China.

Vanity Fair reported that evolutionary biologist Jesse Bloom had been suppressed for believing the coronavirus had originated in a lab and leaked out.

And remember this is from a liberal publication, not from Deep State Journal.

Senator Paul said of Fauci’s actions, “This is more like what you’d see from a mafia don than from a government bureaucrat or scientist. If you disagree with him, they come down on you hard, and they try to suppress anybody with a different opinion.”

The Senator specifically mentioned damning emails that show Collins instructing Fauci to carry out a “quick and devastating” takedown of an open letter published in 2020 that argued COVID lockdowns were counterproductive.

Paul noted that all “three famous epidemiologists” had been suppressed.

But the best was when Paul shared a video on Twitter of Fauci touting natural immunity as superior to any vaccine when it comes to the flu.

In 2004, Fauci appeared on C-SPAN’s “Washington Journal” program where a caller asked if she needed to get the flu shot if she already had the flu.

Fauci responded, “Well it’s very difficult to figure out just on that base of information, what’s gone on with the caller. There are some people who have bad reactions to vaccination, even if it’s a killed vaccination. It is possible since the flu vaccine virus is grown in eggs, then you may have an allergy to one of those components, and what you were feeling was actually an allergic reaction.”

Host Peter Slen asked if the woman should get a vaccination against the flu, to which Fauci replied, “Well no.”

“If she got the flu for fourteen days, she’s as protected as anybody can be, because the best vaccination is to get infected yourself,” Fauci stated.

As Senator Paul said about the footage – “Hmmm…Once upon a time Anthony Fauci could tell the truth…What happened?”

Well we know the answer.