Latest
Joe Biden’s Reckless Behavior Has Created This Huge...
Tucker Carlson Exposed A Horrifying Way Vaccine Companies...
Top Republican Just Exposed How Democrats Are Covering...
A Key Player In the Democrats’ Attacks Against...
Dr. Fauci Was Working On This Huge Secret...
Devin Nunes Said Nine Words That Laid Bare...
This Voting Machine’s Irregularities Were Major Enough To...
A Top Official Dropped A Bombshell How Democrats...
This One Document Shows Just How Much Joe...
A Democrat Proposed A Wild Conspiracy Theory To...
Home Featured Virginia Democrats are All Smiles as the GOP Sells Out Babies in Their March Against Life
FeaturedGovernmentPoliticsScience, Health & TechU.S. News 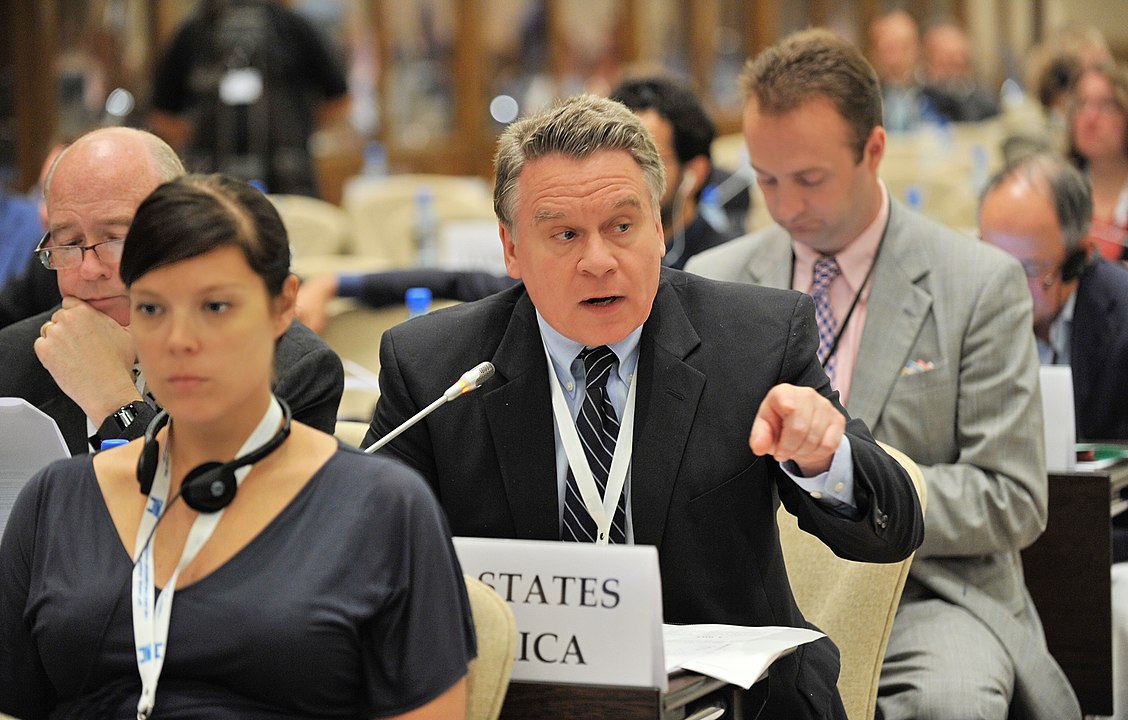 And since the GOP bigwigs know the pro-lifers will likely give them the votes come again next election season, they’re taking advantage of them.

Meanwhile, Virginia Democrats are all smiles as the GOP sells out in their march against life.

It’s a tale as old as time.

Republicans will appeal to voters with big promises of tax cuts, budget cuts, and, of course, their support for the Second Amendment and saving babies.

They convince conservatives and Christians of the greatest lie in all politics – to vote for the lesser of two evils.

And what do we end up getting?

Well, we get what we see happening in Virginia.

Republicans were able to take control of all three statewide offices and the House thanks in large part to the pro-life voters – who had been clearly duped by the GOP yet again.

In fact, Governor Glenn Youngkin, who convinced many he was solidly pro-life, started backtracking on the issue even before the November elections by refusing to sign any substantial pro-life bill.

And so-called “pro-life” groups tripped over themselves to give him a pass in order to be invited to his inauguration and be considered “important” – groups like Virginia Society for Human Life, Susan B. Anthony, National Right to Life and other access-based “pro-life” groups – the lives of babies be damned.

Then it got worse.

A freshman member of the newly-Republican House of Delegates had drafted a fetal heartbeat bill and ran it through legislative drafting.

But on the last day for bills to be introduced, just as this delegate was ready to file the bill, she received a visit from someone claiming to represent Governor Youngkin.

The delegate was told in no uncertain terms that Governor Youngkin opposed the fetal heartbeat bill and did not want it introduced.

Instead, a different Republican would introduce a 20-week abortion ban bill – legislation which would be largely symbolic as almost no abortions are performed after 20 weeks in Virginia.

Republican leaders in the Virginia House of Delegates then announced they would not even consider the 20-week abortion ban legislation.

House Courts of Justice Chairman Rob Bell-(R) said he would not give the bill a hearing because he believed it stood no chance of passing in the Senate.

“We don’t currently see a path for that bill to pass both bodies and reach the governor,” Bell said.

Bell’s reasoning was completely absurd as already one Democrat senator had publicly announced their support for the bill – which would have made it a tie vote that would have been broken by Republican Lt. Governor Winsome Sears, a strong pro-life advocate.

The real reason Bell pulled the bill was to protect the House and Senate Republicans from having to go on record on the issue.

And once again, the so-called “pro-life” groups said they were not disappointed by the decision and gave cover to their Republican puppet masters.

“One has to be realistic. The Senate is an obstacle course for any legitimate, substantial pro-life legislation,” said Olivia Gans Turner, president of Virginia Society for Human Life.

“We have another year to wait before some changes occur in the Senate. And one hopes we will see a more pro-life Senate.”

Another year. How many babies will die in another year?

Despite every delay tactic by leadership and the same “Oh, the Democrats will just kill it in the senate,” excuses, the very same Republican House of Delegates in Virginia managed to pass a bill to repeal unconstitutional red flag laws.

Because the zero-compromise gun groups like Virginia Citizens Defense League, Virginia Constitutional Conservatives, and National Association for Gun Rights refused to take no for an answer.

Now, they get to go up against the Democrats in the same Senate that actually blocked most of former-Governor Ralph Northam’s gun control bills.

While it’s an uphill battle, the odds sound a lot better than simply not trying at all. Unlike Olivia Gans Turner and Virginia Society for Human Life, these no-compromise groups aren’t in it for the access, happily echoing the excuses of mealy-mouthed politicians.

So this all begs the question – who will step up and take a principled stand for life in Virginia?

Hillary Clinton Committed Treason and Now We Have the Proof