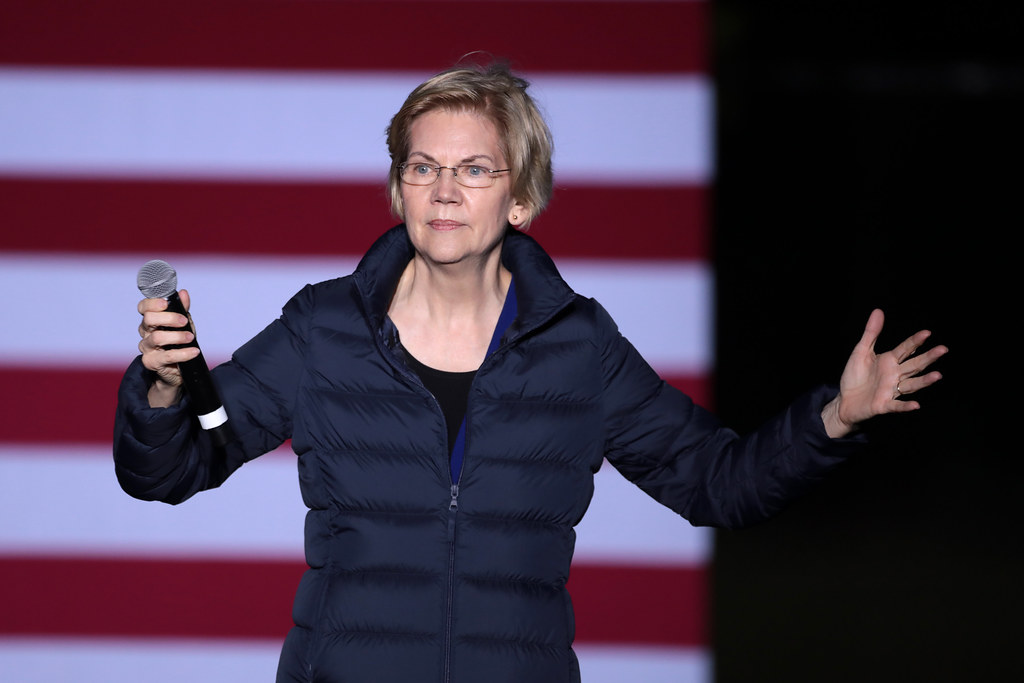 Democrats are in a panic as the 2022 midterms get closer and closer.

And some in the party of the left are starting to distance themselves from Biden’s failed economic policies.

The US Senate will soon vote on Federal Reserve Chairman Jerome Powell’s nomination to a second term at the helm of the quasi-government agency.

Shockingly, one of the senators opposing Powell this time around is radical leftist Elizabeth Warren (D-MA).

They say even a broken clock is right twice a day.

And Warren is opposing Biden’s pick because she says she thinks Powell is “dangerous.”

But hold on, before we start giving her the Tulsi Gabbard treatment, Warren actually doesn’t really understand what makes Powell dangerous.

In fact, Warren doesn’t understand what makes any Fed chairman dangerous to liberty and prosperity. Warren believes Powell is dangerous because she doesn’t think he will be supportive enough of her desire to impose new regulations on banks and other financial institutions.

Senator Warren, like most progressive economic know-nothings, pretends to believe in a notion that such regulations benefit workers, consumers, and small businesses.

The truth, of course, is these regulations benefit only large corporations by imposing costs that big businesses can easily absorb, but that their smaller competitors cannot.

Thus you end up with mega monopolies in the banking and financial sectors all thanks to “socialists” like Elizabeth Warren – and guess whose stock she holds? The real truth is Jerome Powell is a threat to the American people.

Under his tenure prices have climbed at a rate America has not seen in several decades. Inflation is at the highest level in more than 30 years, making it the largest hidden tax increase we’ve seen in a lifetime. And Powell, like Elizabeth Warren, AOC, and other radical leftists, believes that the Fed should go “woke.”

However, unfortunately for Powell he is still not “woke” enough for the radicals who lobbied Joe Biden to replace Powell with Fed board member Lael Brainard, the biggest supporter of Elizabeth Warren-style regulations on the Fed board.

Brainard is more committed than Powell to using monetary and regulatory policies to advance the “woke” agenda.

So of course, to placate the leftists, Biden did end up nominating Brainard to become vice chairman of the Fed. A Powell-Brainard Fed will likely use “social and climate justice” as a justification for expanding the Fed’s easy money policies.

But it doesn’t stop there. President Biden also recently nominated Sarah Bloom Raskin to the Fed board.

Raskin has advocated for the Fed to use its power to fight so-called ”climate change.” As if the Fed weren’t bad enough already, a central bank committed to the “social justice” and “climate change” agendas of the radical left will inevitably increase the Fed’s “inflation tax.”

And who suffers from that? The same Americans the Fed always hurt — lower-income Americans, and the middle-class.

The wealthy elites, like Warren, Biden, Pelosi, and the Bush dynasty, get to continue living in their mansions behind locked gates while they impose unbearable burdens on the rest of us.

That’s why it’s important that the American people push whoever is in control of Congress come next year to pass and enforce legislation like Thomas Massie and Rand Paul’s “Audit the Fed” bill.

Then, once that is done, it is time to simply end the Fed.

Hillary Clinton Could Finally Be Finished After This Shocking Development