Latest
Joe Biden Has a Plan to Regulate Cryptocurrency...
Joe Biden Just Said the One Thing That...
This Shocking New Hunter Biden Revelation has Democrats...
Joe Biden is Stepping Up Efforts to Purge...
More 2020 Voter Fraud – Election Official Charged...
Mitt Romney Proved He’s a Tool of the...
Ford Slammed the Brakes on the Deep State’s...
Even the Deep State is Going Bananas Over...
The FBI Secretly Forced Americans to Hand Over...
Joe Biden’s DOJ Just Ordered the FBI to...
Home Featured Nancy Pelosi and Her Comrades are Lying to You About This Deadly Capitol Hill Event
FeaturedGovernmentPoliticsU.S. News 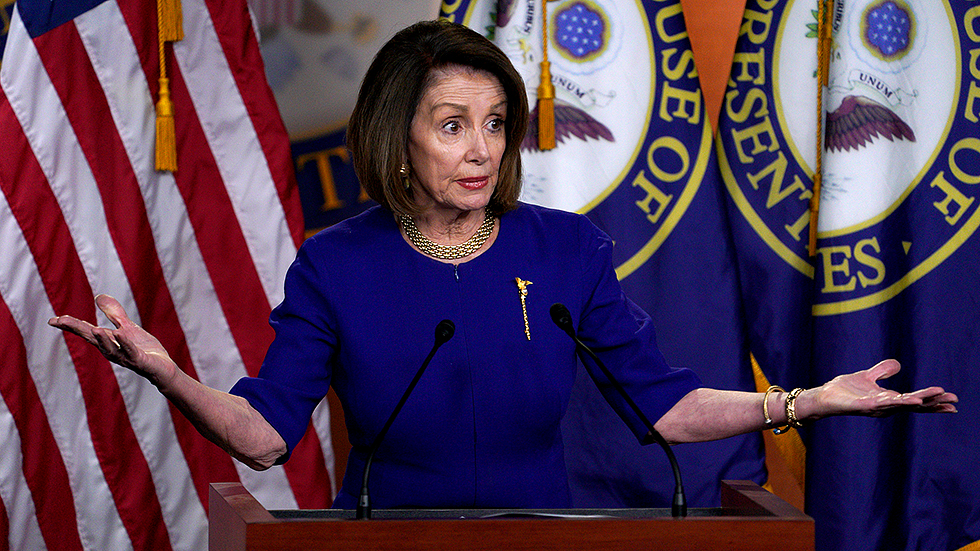 The radical left and their handmaidens in the liberal media don’t want you to know the truth.

And they’ve gone so far as to cover up the federal government’s role in possibly causing the death of multiple unarmed Americans.

That’s why Nancy Pelosi and her comrades are lying to you about this important Capitol Hill event.

Here at Deep State Journal our editors like to think nothing the politicians do surprises us anymore.

Most of us have been involved in public policy for decades and have seen it all.

Or at least thought we had.

But we could never have imagined just how far the Democrats, most Republicans, the media (all of the mainstream media – yes, even Fox), Big Tech and the political pundits of all stripes would go to cover up and lie about what really happened January 6th, 2021.

And all for the sole purpose of pursuing their own political agenda and maintaining their power.

As has been written by many others: Everything they have told you about January 6th is a lie.

One day there will be hundreds, if not thousands of books written on the subject of the lies fed to the American people by a government and media so out of control and power hungry that they were willing to literally let the FBI and Capitol Hill police get away with murder, just so they could maintain the charade.

What happened January 6 was simple. Thousands of peaceful yet angry protesters, feeling as if the election was stolen from them (it was, but likely not for the reasons they think) were used and led on by federal law enforcement to “storm” the Capitol.

Just as it had been stormed multiple times in the past by angry leftist protesters who did so with almost no repercussions, certainly not months in solitary confinement awaiting minor charges while being beaten and starved.

Unfortunately, as emotions were high, many in the crowd allowed themselves to be egged on by these plants, and were at some entrances ushered in to the Capitol by police while at other areas beaten and yes, shot and killed by police even though they were unarmed and posed no threat.

So, despite the left’s screams and cries of “insurrection” the truth is not one single person has been charged with insurrection under the law. Because there was NO insurrection. It barely qualified as a riot.

“Whoever incites, sets on foot, assists, or engages in any rebellion or insurrection against the authority of the United States or the laws thereof, or gives aid or comfort thereto, shall be fined under this title or imprisoned not more than ten years, or both; and shall be incapable of holding any office under the United States.”

They also claim that President Donald Trump called for the “insurrection.” Again, they know this is not true. In fact the protesters approached the Capitol before Trump’s speech had even ended. And there is absolutely no proof anywhere that President Donald Trump or anyone else connected to the Trump White House had anything to do with the planning of the Capitol riot.

How could there be since it was planned – if there was any planning, by anti-Trump Deep State elements in the FBI.

In fact, the Pelosi/Cheney January 6 sham committee hasn’t been able to find or produce one single piece of evidence that shows that Trump or anyone in his administration had any part in what happened that day.

Nothing. Nada. Zilch. Much like a Lincoln Project founder’s level of morals or principles.

Zero is also the amount of effort anyone has put in to finding out just how many FBI agents and informants participated in the January 6 riots.

In fact, the DOJ, Biden administration and members of Congress have done everything in their power to make sure absolutely no release of the surveillance videos from that day is allowed.

And now that just a bit of it has been released, we know why. We’ve seen police senselessly beating unarmed women as people beg them to stop. We’ve seen one woman beaten severely by police and dragged into a tunnel by them. The same woman was later found dead, supposedly of non-related causes.

Which leads to the most disgusting lie of all.

The American people have been lied to about who died on January 6th. The truth is only one person died on January 6th – an unarmed, female, veteran Trump supporter (unless we find out the second woman died from the brutal police beating she took).

No police officers died that day from the events at the Capitol.

Donald Trump Wasn’t Enough for One Democrat, Now He’s After the Constitution