Latest
Biden’s FBI Investigated This Leading GOP Congressman Based...
This Leading CEO Applauds High Energy Prices for...
Joe Biden Was Caught Whispering to Himself and...
The Real Reason the January 6 Committee Canceled...
Sources Say Joe Biden Ordered the Destruction of...
Joe Biden Has a Plan to Regulate Cryptocurrency...
Joe Biden Just Said the One Thing That...
This Shocking New Hunter Biden Revelation has Democrats...
Joe Biden is Stepping Up Efforts to Purge...
More 2020 Voter Fraud – Election Official Charged...
Home Featured Nancy Pelosi and the Democrats Want to Use 3 Billion in Taxpayer Dollars to do This
FeaturedGovernmentPoliticsU.S. NewsWorld News 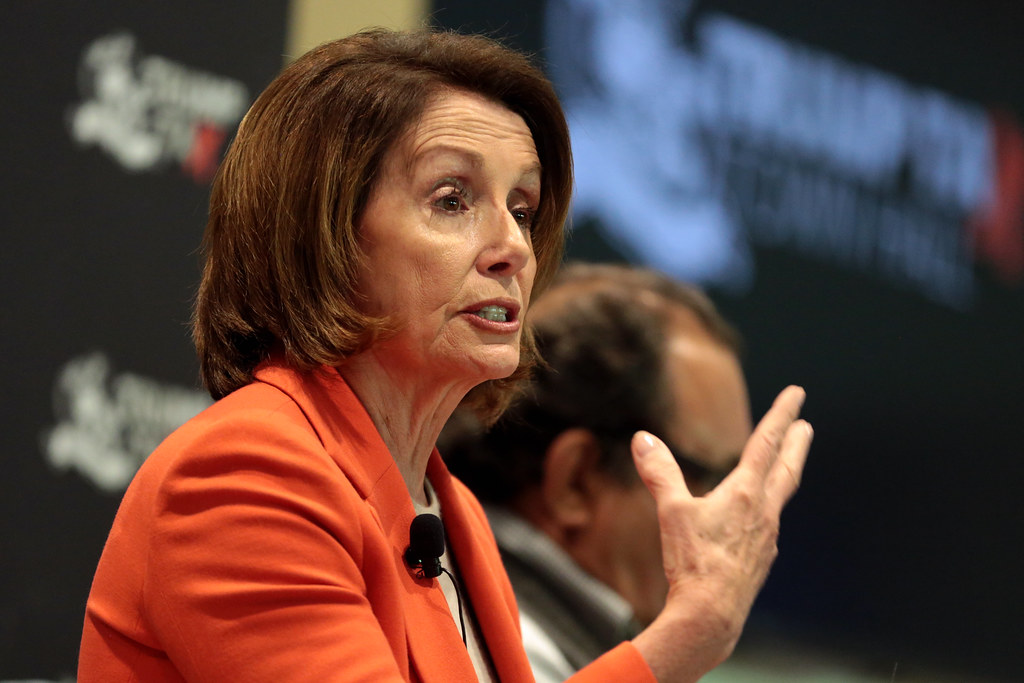 Joe Biden’s bloated socialist spending bill continues to flail about even in his own party.

The bills exorbitant price tag has elected officials on both sides scratching their heads.

Because Nancy Pelosi and the Democrats want to take 3 billion in taxpayer dollars to do this.

You might think the Democrats want to provide better housing, or subsidize heating and electricity for low-income families. Maybe even give out food stamps.

But you’d be wrong.

You see, to the new breed of leftist Democrats, providing basic necessities is no longer a top priority – even in a socialist dream world.

You know, the ones that will save us from global warming – wait, no – it’s “climate change” now.

The “climate change” that, according to “establish science,” was supposed to have destroyed the earth some 10-15 years ago.

So it’s almost no surprise that one of the climate-saving projects included in the Dems budget-busting bill is a $3-billion-dollar plan to plant more trees in low-income neighborhoods for the sake of “tree equity.”

The legislation reads in part:

$2,500,000,000 to provide multi-year, programmatic, competitive grants to a State agency, a local governmental entity, and agency or governmental entity of the District of Columbia, an Indian Tribe, or a nonprofit organization through the Urban and Community Forestry Assistance program established under section 9(c) of the Cooperative

Forestry Assistance Act of 1978 (16 U.S.C. 2105(c)) for tree planting and related activities to increase tree equity and community tree canopy and associated societal and climate co-benefits, with a priority for projects that benefit underserved populations; and $100,000,000 for the acquisition of urban and community forests through the Community Forest and Open Space Program of the Forest Service.

Exactly what the left thinks turning low-income neighborhoods “green” will do is anyone’s guess, but even Senator Tom Cotton – who’s no hero to DSJ readers – made it known he was outraged by the ridiculous idea.

Americans are being pummeled by supply chain issues and record-high inflation on basic necessities.

Many Americans, especially those in low-income neighborhoods, are wondering where their next meal is coming from or if they can pay their medical bills or rent, but Democrats are concerned about trees.

Even worse, the tree equity provision is just one of multiple climate-related, economy-wrecking spending plans in the bill.

The Biden regime and their allies on Capitol Hill and in the media won’t give up until every American is fully dependent on the government.