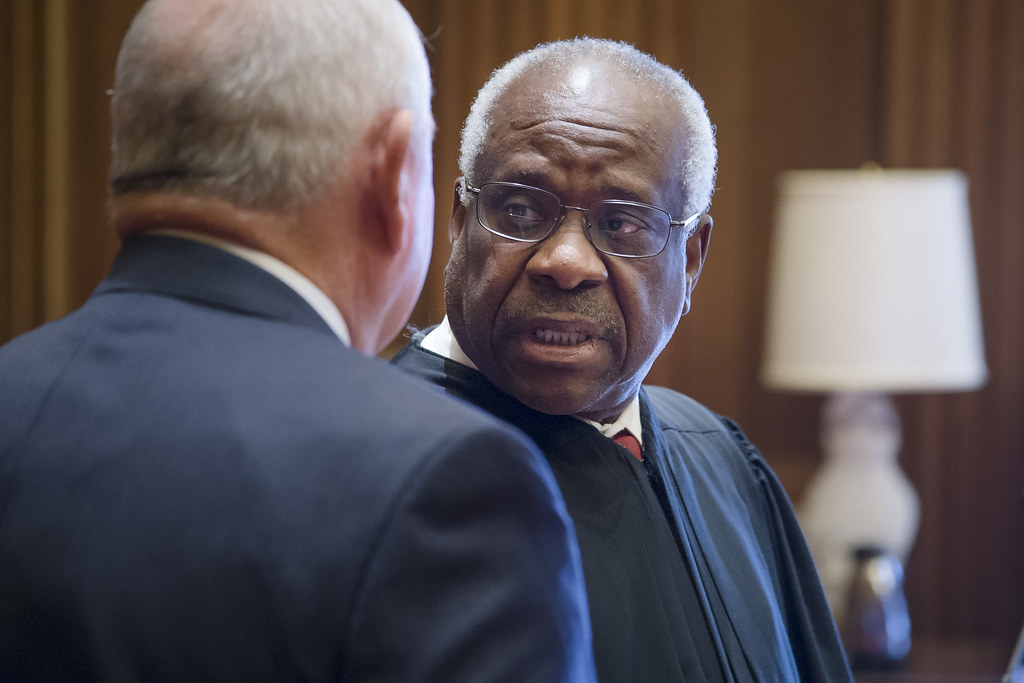 The racial divide in our nation is widening daily, despite the left’s attempts at forced “reconciliation.”

In fact, one Democrat just said Justice Clarence Thomas is worse than a confederate general.

The socialist agitators and their Democrat lapdogs (joined by many in the GOP idiot class) have been demanding historical monuments across the country be removed because they are part of a racist and segregated past.

In some cases, the socialists are correct in that the monuments do depict an era of slavery and segregation, but rational people know doing away with them does not do away with the history.

Furthermore, erasing that history does not fix the current problems in the United States – in fact, it makes them worse.

Not one black child’s life was saved by the removal of the Robert E. Lee statue in Richmond, Va.

Not one racist changed his mind when Stonewall Jackson High School changed its name.

And not one African-American family was lifted out of poverty when the Dixie Chicks started calling themselves “The Chicks.”

And it would all be laughable if not for two things.

First, the cost to the taxpayer is astronomical. Hundreds of millions of taxpayer dollars will be spent renaming roads and schools.

Second, “doing away” with these monuments and erasing the nation’s history is straight out of the communist playbook.

The left wants Americans to have only the “correct views” – which of course are their views.

All of that aside, the radical left continues to put the removal of numerous monuments at the top of their agenda.

Except one Georgia Democrat has found something she feels is far more offensive than any Confederate monument – U.S. Supreme Court Justice Clarence Thomas.

In the eyes of Georgia Democrat Rep. Donna McLeod, Thomas is far more offensive and dangerous than the Confederate generals of the past.

A recent proposal to display a statue of Justice Thomas on Georgia statehouse grounds has divided the legislature in ways no one predicted.

While Republicans strongly favor the idea, Georgia Democrats are taking a hard stance against it with McLeod being the most vocal.

“I’d rather them keep a Confederate monument than a statue of Clarence Thomas. That’s how much I don’t like the idea,” McLeod told the Atlanta Journal-Constitution.

Why is McLeod – a Jamaican-born politician – so opposed to honoring Justice Thomas who is only the second African American to serve on the Supreme Court?

Well, she doesn’t have a solid answer, and sadly, we aren’t surprised.

In just the last year alone, the radical socialists have made it clear that black individuals are to be honored and respected only if they tow the radical liberal line, and Thomas does no such thing.

Thomas’ accomplishments are something to be honored, but the Democrats simply see a black man who isn’t doing as he’s told.

Clarence Thomas dared to leave the plantation and defy his Democrat “Massuhs” in order to think for himself – like the free man he is.

And to the Democrats, that is unforgiveable.