Latest
Joe Biden’s FBI Director Just Admitted This About...
Leading GOP Congressman Says Joe Biden has Weaponized...
A Shocking New Study on Gun Laws Has...
World Leaders Agreed to a Global Passport System...
This Lincoln Project Co-Founder is in Hot Water...
Biden’s CIA Head Ran This Think-Tank That Hired...
The Shocking Truth About Jeffrey Epstein’s Network of...
This Democrat Megadonor Now Under Federal Investigation and...
This Democrat Candidate Was Just Arrested for Terrorist...
This Dangerous ‘Top Surgery’ is Up Almost 400...
Home Featured AOC’s ‘Squad’ Is Growing – But So Are Their Troubles
FeaturedGovernmentPoliticsU.S. News

AOC’s ‘Squad’ Is Growing – But So Are Their Troubles 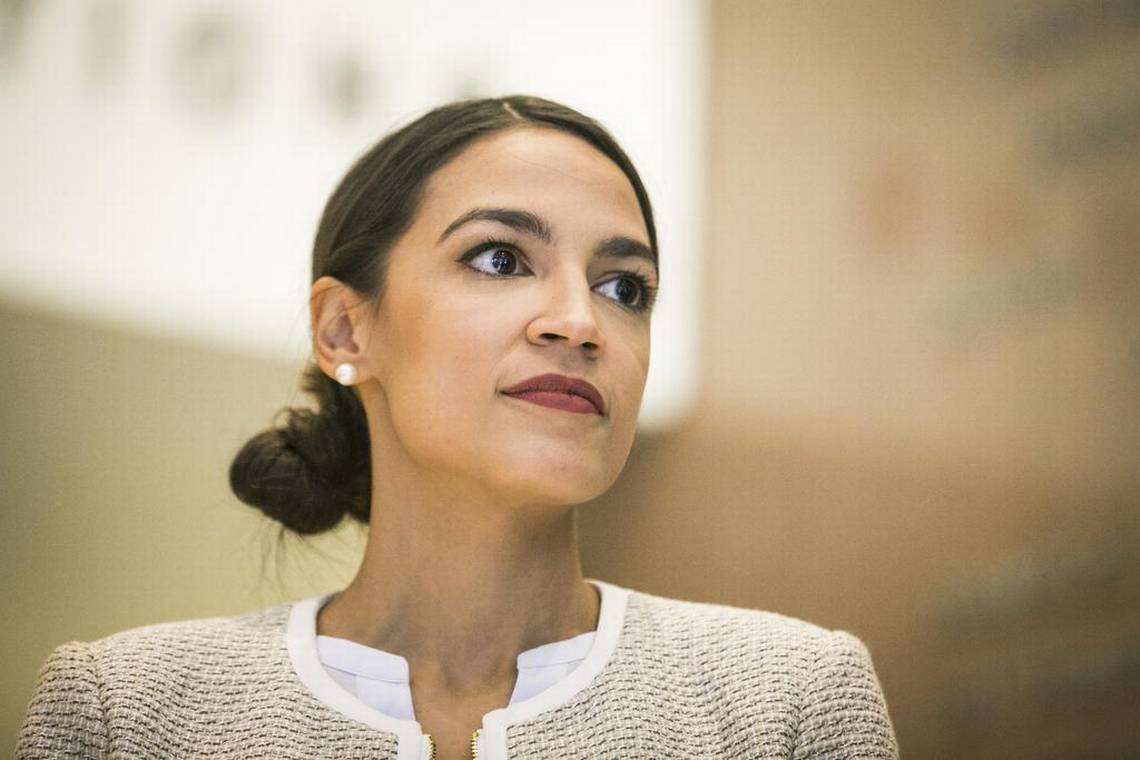 It seems that with each new member of AOC’s socialist “Squad” the hypocrisy doubles.

And the summer of 2021 is proving to be no different.

But as AOC’s ‘Squad’ grows, so do their troubles.

Americans are now seeing firsthand what happens when you get rid of law enforcement.

Not surprisingly, since criminals know they won’t be arrested, violent crime is spiking across the country.

Many Democrat lawmakers are beginning to understand just how destructive the idea of “Defund the Police” is to their cities and—GASP—their political careers!

In a recent report from the National Fraternal Order of Police, released by Breitbart News, homicides have increased 58% in Democrat-controlled Atlanta.

In Portland, homicides have increased by a mind-blowing 533%. No, that isn’t a typo.

In New York City, shootings have jumped up by 64%.

There’s no doubt this surge is the result of far-left politicians dismantling their city’s law enforcement and announcing they will no longer prosecute “minor” offenses.

The newest member of AOC’s infamous “The Squad,” Congressman Jamaal Bowman (D-NY 16), has been calling to defund the police for months, in the name of equality of course.

In December of 2020, Bowman stated the need to “defund the system that’s terrorizing our communities.”

The Representative from New York called it a “cruel system” that “can’t be reformed.”

In a tweet from April, Bowman stated, “We screamed defund the police so we could reallocate those resources toward something that focuses on true public health and public safety.”

But now, in what can only be described as hypocrisy at its finest, Bowman has requested protection from the very law enforcement he wants to abolish.

In a New York Post piece, Yonkers Police Department Detective Lt. Dean Politopoulos said regarding Bowman’s request, “About a week after the January 6 incident at the Capitol, we received a request from the Congressman’s office for increased police presence at his residence.”

“In response, our Intelligence Unit was notified of the request, and the local precinct instituted what is called a directed patrol at the Congressman’s home for the next two weeks.”

But some establishment Democrats see the clear issues with defunding the police and are keenly aware of how these calls will hurt their chances at reelection.

In fact, Congresswoman Valdez Venita Demings (D-FL 10), who is challenging Marco Rubio for his senate seat, is trying to flip the narrative on its head by saying it’s the Republicans being anti-police.

“When it came to supporting resources for local communities, including law enforcement, not one Republican voted in favor of that funding.  When first responders needed them the most — one of those moments — they just didn’t deliver,” Demings stated.

It doesn’t matter how you spin it – the Democrats see the writing on the wall.

Many are predicting a Republican tidal wave in the 2022 midterm elections and Democrats are desperately trying to stave it off.

But it sure doesn’t help when AOC says that concerns over the spikes in violent crime is just “hysteria.”

Or when hypocrites like Rep. Jamaal Bowman scream to defund the police then demands his own personal police fleet!