Latest
Joe Biden’s Reckless Behavior Has Created This Huge...
Tucker Carlson Exposed A Horrifying Way Vaccine Companies...
Top Republican Just Exposed How Democrats Are Covering...
A Key Player In the Democrats’ Attacks Against...
Dr. Fauci Was Working On This Huge Secret...
Devin Nunes Said Nine Words That Laid Bare...
This Voting Machine’s Irregularities Were Major Enough To...
A Top Official Dropped A Bombshell How Democrats...
This One Document Shows Just How Much Joe...
A Democrat Proposed A Wild Conspiracy Theory To...
Home Featured Apple Pie Comes Under Fire for This Shocking Reason
FeaturedGovernmentPoliticsU.S. News

Apple Pie Comes Under Fire for This Shocking Reason 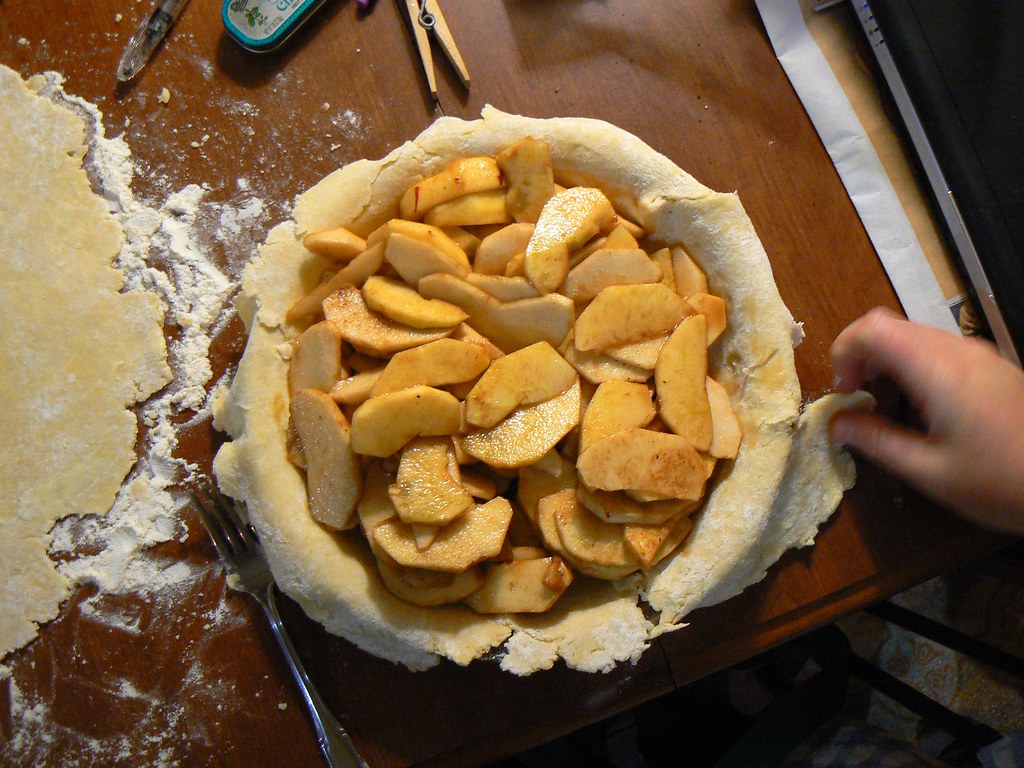 The Woke Mob is coming after just about everything in their quest to cancel all things American.

It’s difficult to keep up with all the radical leftists and their Antifa stormtroopers are offended by these days.

Even apple pie has come under fire for this shocking reason.

Apple pie is as American as, well, apple pie.

It’s as American as hot dogs and baseball and steamy summer nights.

So obviously it has to be racist.

According to food writer and self-proclaimed “activist” Raj Patel, the apple pie is rooted in colonialism and slavery.

“The apple pie is as American as stolen land, wealth, and labor. We live its consequences today,” Patel writes.

In his profoundly serious article, published on the ultra-liberal site The Guardian, Patel writes that the main ingredient in apple pie – apples – were not native to America.

Well, yes, that’s true since the only apples native to North America were crabapples. The apples we know of today were shipped from England to the Jamestown settlement in 1607.

But apples were originally from Central Asia and introduced to Europe through the Silk Road trade routes.

This is where Patel begins to link apple pie to genocide and racism.

“Apples traveled to the western hemisphere with Spanish colonists in the 1500s in what used to be called the Columbian Exchange, but is now better understood as a vast and ongoing genocide of indigenous people,” writes Patel.

Patel says that apple trees planted in Virginia “were used to demonstrate to the state that land had been improved. John Chapman, better known as Johnny Appleseed, took these markers of

colonized property to the frontiers of U.S. expansion where his trees stood as symbols that indigenous communities had been extirpated.”

This is a whole new level of “woke” I think no one imagined was possible.

In fact, although Patel’s article was first published on May 1st, it’s only recently gone viral, with many thinking it was a piece from the wildly popular satire site The Babylon Bee.

Sadly, it is not a joke. There are actually people who spend their days connecting food to racism and genocide!

I guess for anyone with an excessive amount of free time and a clear hatred for America in general, it would be easy for them to see how apple pie is racist and harkens to the genocide of the indigenous people.

As for this writer, you can pry my apple pie (and vanilla ice cream) from my cold dead hands!

Congressman Thomas Massie Just Said One Thing That Could Be The End Of Dr. Fauci