Latest
Joe Biden’s Reckless Behavior Has Created This Huge...
Tucker Carlson Exposed A Horrifying Way Vaccine Companies...
Top Republican Just Exposed How Democrats Are Covering...
A Key Player In the Democrats’ Attacks Against...
Dr. Fauci Was Working On This Huge Secret...
Devin Nunes Said Nine Words That Laid Bare...
This Voting Machine’s Irregularities Were Major Enough To...
A Top Official Dropped A Bombshell How Democrats...
This One Document Shows Just How Much Joe...
A Democrat Proposed A Wild Conspiracy Theory To...
Home Featured Top GOP Pollster Was Getting Paid by This Left-Wing Politician
FeaturedGovernmentPoliticsU.S. News

Top GOP Pollster Was Getting Paid by This Left-Wing Politician 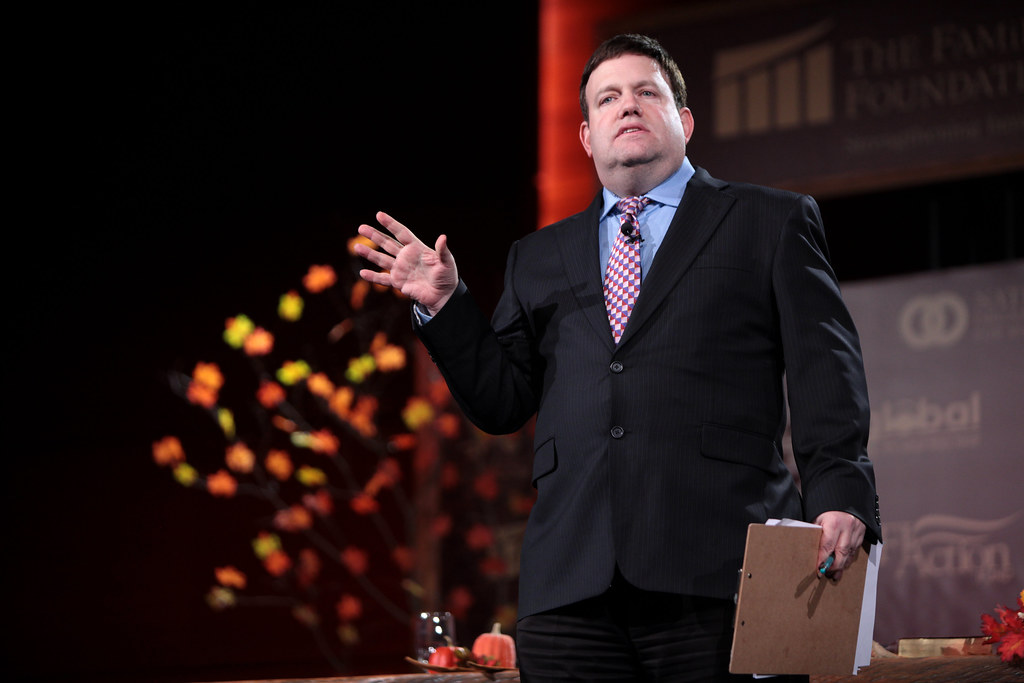 Donald Trump’s presidency and last year’s COVID restrictions sure brought out the worst in a lot of people.

The Trump-era showed us who the Deep State charlatans and fake conservatives really were, while COVID showed us which politicians we could or couldn’t trust.

For example, take this former top-GOP pollster whom we now know was getting paid by this left-wing politician.

Conservatives have become very good at gathering information through the Freedom of Information Act (FOIA).

The FOIA process is used at both the federal and state level to collect information on politicians and their cronies that was otherwise intended to remain hidden.

And every once in a while, an FOIA request will turn up some bonus info no one was expecting.

Judicial Watch was specifically focused on gathering info on Michigan’s former Department of Health and Human Services director Robert Gordon who abruptly resigned from his position in January.

Upon his departure, Gordon had received a generous $155,506 severance package that came attached to a strict, and suspicious, confidentiality clause agreement.

While the FOIA unearthed several major bombshells, one of the most shocking wasn’t about Gordon’s resignation but about RINO pollster Frank Luntz and his cozy relationship with Michigan’s embattled governor Gretchen Whitmer.

It turns out Luntz was hired by Governor Whitmer to help convince Michigan Republicans to socially distance, wear facemasks, and stay in lockdown until her royal highness told them otherwise.

While Whitmer was having excellent success getting her Democrat constituents to follow her unconstitutional orders, her messaging with Republicans was not working.

According to documents, Luntz offered some pointers on how Whitmer could get those pesky science-deniers to fall in line.

In one incident, Luntz told Whitmer if she wanted “Republican buy-in,” she needed to make the case that the “science is settled.”

Luntz repeatedly emphasized that Republican voters were refusing to follow guidelines because “[they] argue the science keeps changing.” Luntz told Whitmer this is why she needed to establish at the outset that “the science is settled and everyone now agrees.”

That statement alone is unbelievable given that at no time during the pandemic has everyone ever been in agreement, even if the media tried to spin it that way.

Much of the rest of the report is Luntz telling Whitmer which buzzwords work on Republicans and which words to avoid at all costs. For example, Luntz advised Whitmer to use the word “protocol” instead of “orders & decrees.”

But this so-called “conservative” pollster knew the science wasn’t settled, yet was using it as leverage against his own party, all in the name of getting a paycheck.

It may be worth reminding readers that Governor Whitmer has been one of the most tyrannical governors throughout the pandemic, second only to Gavin Newsom of California.

The socialist Whitmer has also been caught breaking her own COVID decrees repeatedly.

As for Luntz, he’s just one more phony Republican to get caught in the act.

It Turns Out Donald Trump Was Right All Along – and Dr. Fauci Just Proved It