Latest
Joe Biden’s Reckless Behavior Has Created This Huge...
Tucker Carlson Exposed A Horrifying Way Vaccine Companies...
Top Republican Just Exposed How Democrats Are Covering...
A Key Player In the Democrats’ Attacks Against...
Dr. Fauci Was Working On This Huge Secret...
Devin Nunes Said Nine Words That Laid Bare...
This Voting Machine’s Irregularities Were Major Enough To...
A Top Official Dropped A Bombshell How Democrats...
This One Document Shows Just How Much Joe...
A Democrat Proposed A Wild Conspiracy Theory To...
Home DOJ & FBI The FBI Was Just Caught Red Handed and It’s Worse Than We Thought
DOJ & FBIFeaturedGovernmentPoliticsU.S. News 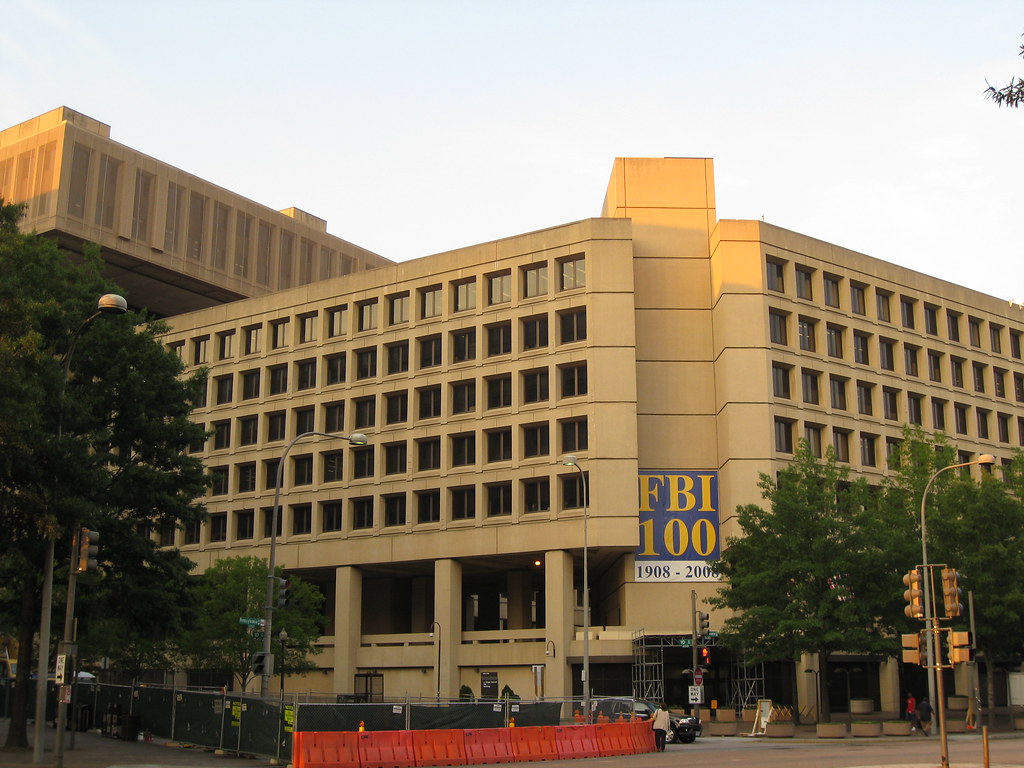 The Obama administration worked hard to politicize law enforcement in order to do their bidding.

This Deep State takeover of the DOJ continued despite the Trump presidency.

Now the FBI was just caught red handed and it’s worse than we thought.

Obama and his cadre of loyal comrades worked diligently to politicize federal law enforcement agencies in order to shut down conservative organizations and individuals.

They went after pro-life groups, gun groups, and anti-tax groups complete with harassment from the IRS, FBI, DOJ, FEC, and in one case even the EPA.

They famously went after Ron Paul and many libertarian groups associated with him, even convicting several of his former political staff in a sham trial.

President Trump attempted to right these wrongs and was successful in some cases, but the Deep State had already taken root. That’s why it’s not a huge surprise to find out that the FBI has been poring through mountains of private communications collected by the NSA in their search to find “racially motivated violent extremists.”

The FBI’s continued requests for access to Americans’ electronic communications was revealed in a newly declassified report from a U.S. secret federal surveillance court.

The report shows that the FBI has continued to perform warrantless searches through the NSA’s massive databases, despite being told by a federal judge in both 2018 and 2019 that such activities were a clear unconstitutional breach of privacy, punishable by law.

It’s already bad enough the NSA even collects such information – now we find out that despite claims to the contrary federal agencies have been using that sensitive information against American citizens.

To top it off, they’ve been doing this without warrants.

The Daily Beast reported that the FBI has focused many of its warrantless searches, commonly referred to as ‘backdoor queries,’ on suspected “far-right domestic terrorists.”

Of course, the past has shown that these “far-right domestic terrorists” are almost always pro-life activists, gun rights supporters, or pretty much anyone to the right of Stalin.

That’s what makes these illegal activities even more frightening and should outrage even hard-core leftists.

Because this month’s “domestic terrorist” could just as easily be a radical environmentalist, Antifa member, BLM homeowner, or even a Democrat donor.

It all depends on who holds the reins of power in the DOJ.

And to be very clear, what the FBI is doing is ILLEGAL!

In 2019, a federal court ruled that the U.S. government can collect incidental information about its citizens without a warrant, however, that information is constrained by U.S. law on how it’s used against U.S. citizens.

The Fourth Amendment protects this stored information against unreasonable searches and seizures.

That’s why the FBI has traditionally only been allowed access to data in cases of national security.

But under Obama, the FBI began making requests for the NSA’s databases to use in routine criminal investigations.

In October of 2019, it was found that the FBI had performed tens of thousands of illegal searches on Americans.

That should have been the end of it.

But now we find out they’re still at it.

We here at Deep State Journal can only assume it’s going to get worse under Joe Biden.