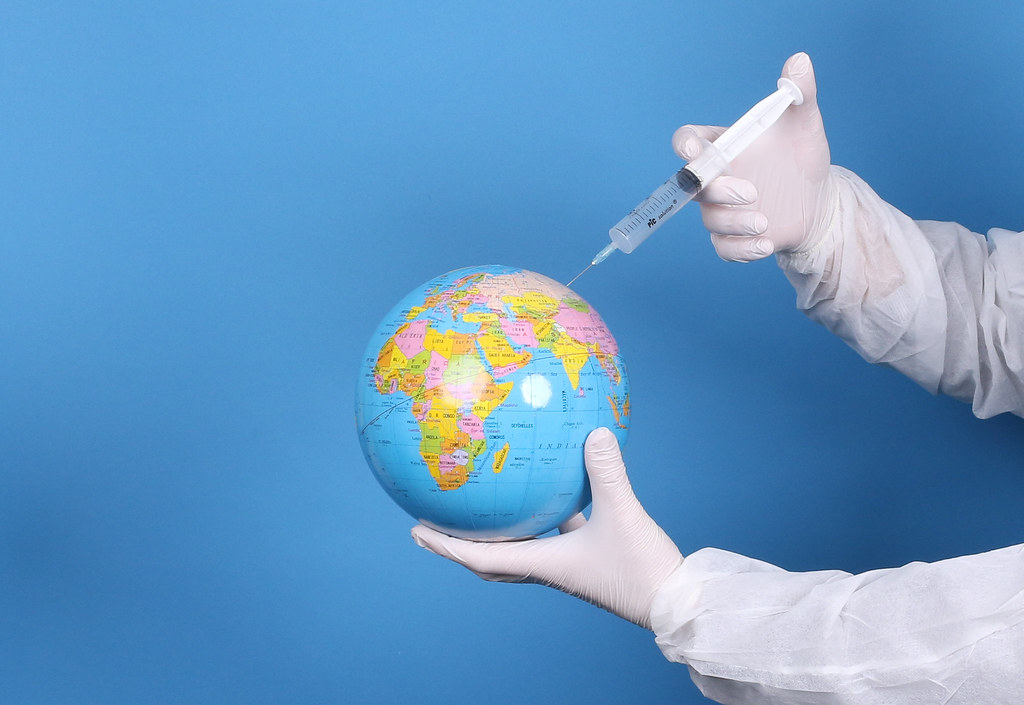 Governments are now starting to mandate the COVID vaccine for all Americans.

But we don’t even know all the side effects.

However, one thing we do know is that COVID vaccines and population control advocates share this ominous link.

Ever since the first COVID vaccine was developed, there have been questions about side effects.

Now that there are no less than 5 major vaccines, questions are growing every day.

Here in the U.S., as many as 40% of frontline healthcare workers are refusing to get the vaccine.

Among non-healthcare workers, that number is even higher.

Part of these fears stem from the heavy-handed and draconian responses by the government and public health officials to the Communist Chinese-created COVID-19 pandemic.

Another reason is the rushed way in which the vaccine was created and rolled out.

And for many, the close association between the vaccine and population control advocates is reason enough alone.

Recent reports warn that one of the side effects of at least one of the COVID vaccines may be sterility.

And the unfortunate reality is that many of the people involved in the research, manufacture, and promotion of the vaccine are also pro-abortion and pro-population control advocates.

We now know that the Bill and Melinda Gates Foundation is involved with the development of the Pfizer/BioNTech vaccine.

The vaccine itself was actually developed by foreign company “BioNTech,” which then partnered with Pfizer to manufacture the drug. BioNTech has been in existence since 2008 and still does not have any products proven to be safe and effective on the market.

Strangely, even with no products on the market, BioNTech had its initial public offering on the U.S. stock market in 2019 – just before the reported discovery of COVID-19 – which is also when the Bill and Melinda Gates Foundation purchased $55 million worth of stock in BioNTech.

The stock has since gone up roughly 800%.

Also worth noting is that BioNTech partners with the Communist Chinese company, Fosun Pharma.

But there is another reason why the Bill and Melinda Gates Foundation’s involvement in the COVID-19 vaccine is worth noting.

It is a fact that Mr. Gates is a strong proponent of population reduction and control, including through the development of vaccines to aid the effort!

“First, we’ve got population. The world today has 6.8 billion people. That’s headed up to about nine billion. Now, if we do a really great job on new vaccines, health care, reproductive health services, we could lower that by, perhaps, 10 or 15 percent.”

And now we know the COVID-19 vaccines have not yet been shown to be safe long-term and forces the body to make things it does not normally make.

Serious short-term side effects have already been discovered, but are being ignored or laughed off by public health officials and politicians hellbent on forcing the vaccine on all Americans.

No wonder Americans are reluctant to get this vaccine!