Latest
Joe Biden’s Reckless Behavior Has Created This Huge...
Tucker Carlson Exposed A Horrifying Way Vaccine Companies...
Top Republican Just Exposed How Democrats Are Covering...
A Key Player In the Democrats’ Attacks Against...
Dr. Fauci Was Working On This Huge Secret...
Devin Nunes Said Nine Words That Laid Bare...
This Voting Machine’s Irregularities Were Major Enough To...
A Top Official Dropped A Bombshell How Democrats...
This One Document Shows Just How Much Joe...
A Democrat Proposed A Wild Conspiracy Theory To...
Home Featured Fauci Wants to End Parents’ Rights on These Health Decisions for Their Children
FeaturedGovernmentPoliticsU.S. NewsWorld News 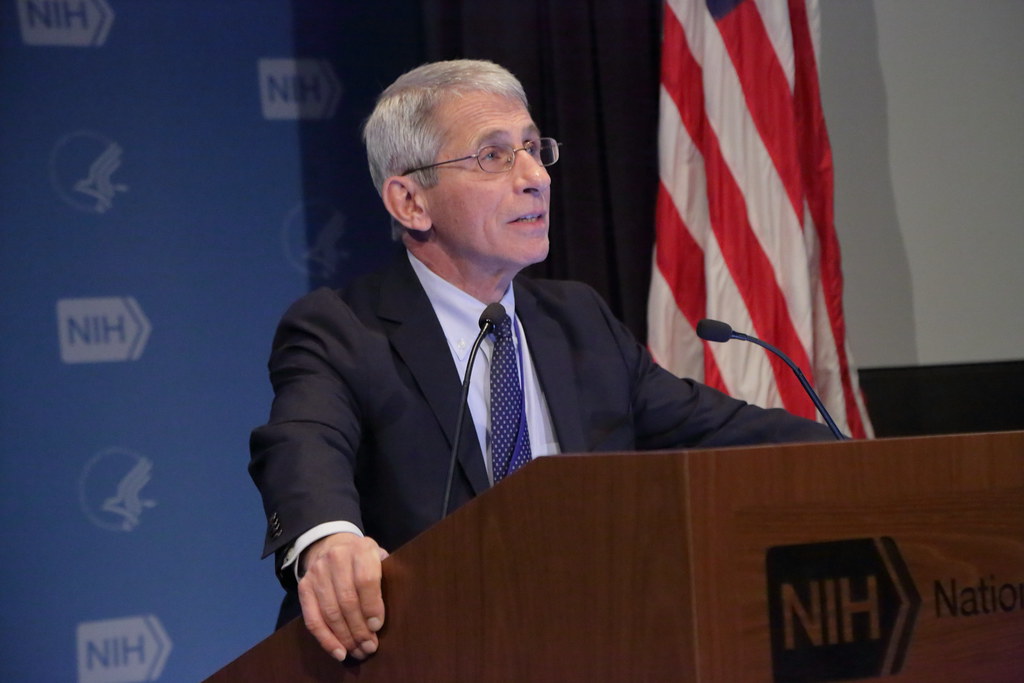 "Anthony S. Fauci, M.D., NIAID Director" by NIAID is licensed under CC BY 2.0

Dr. Anthony Fauci has earned a reputation as both a liar and a fraud.

Yet he continues to gain favor with Joe Biden and the radical left.

Now Dr. Fauci wants to end parents’ rights in making this health decision for their children.

With at least two COVID vaccines rolling out, the light seemed to finally be at end of the tunnel with the unconstitutional government-enforced lockdowns and mandates.

But with thousands of bad reactions being reported, droves of people are refusing the vaccine, including the editors here at Deep State Journal.

And, at least so far, that is still our constitutional right.

But many on the left, and some in the medical community, are urging forced vaccinations.

And now Dr. Fauci wants to go even further and deny parents the right to make health decisions about their own children.

With 2020 behind us, many were hoping that 2021 would be a better year for all Americans.

Hundreds of thousands of protestors descended on the U.S. Capitol to protest widespread election fraud, and a few – spurred on by Antifa infiltrators – stormed the Capitol.

As for the coronavirus, tens of millions of Americans were supposed to get the COVID vaccine by the end of 2020.

But in reality, only a fraction have taken the shot, partially due to legitimate health concerns.

In fact, in some hospitals, as many as 60% of healthcare workers are refusing to take the vaccine.

But that hasn’t stopped Dr. Fauci and his ilk from claiming that your children and family members may be forced to get the vaccine.

In an interview with Newsweek, Fauci claimed, “A citywide school system might require it [the vaccine]…”

And when asked if there should be a requirement to have the vaccine to travel, Fauci responded, “I mean if everybody gets vaccinated, of course that’s good.”

Basically, the federal government’s lead doctor in the fight against coronavirus openly supports the idea of institutions forcing you, your kids, and your family to get vaccinated against your will.

And this is not some idle threat – D.C.’s government is already proposing that children as young as 11 have the right to decide (not their parents) whether or not to get the vaccine.

As we here at DSJ warned, mask mandates were only the beginning.