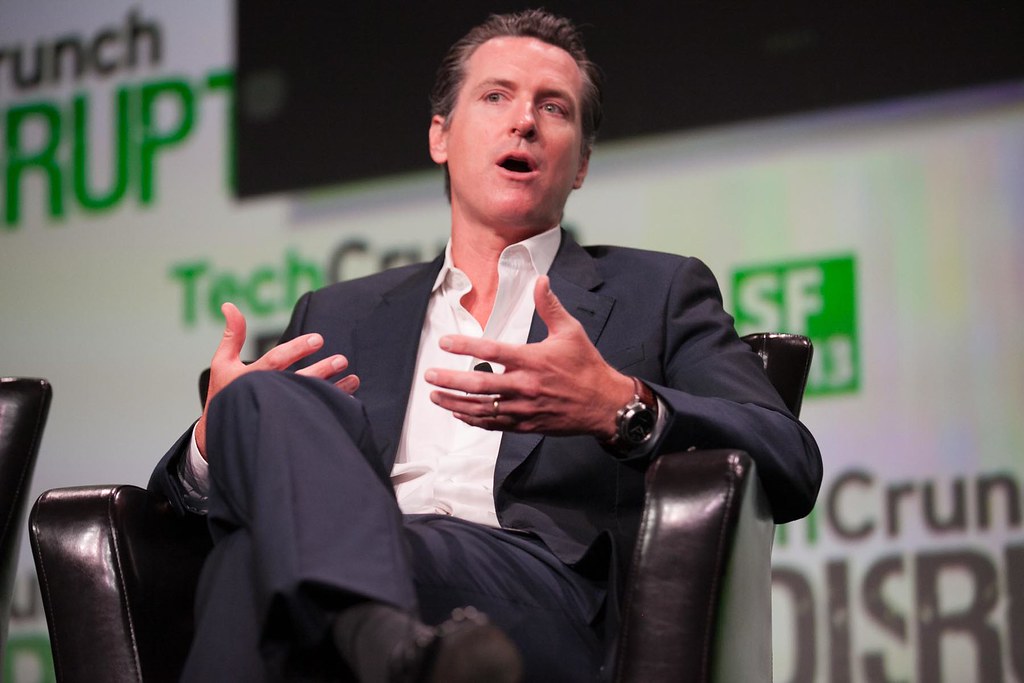 "Gavin Newsom" by jdlasica is licensed under CC BY 2.0

The “left coast” has long been considered a hotbed of radical liberal ideas.

And there are several good reasons why residents of California, in particular, have been fleeing the state in record numbers.

As wildfires rage on in California, Oregon, and Washington, liberal politicians continue to blame “climate change.”

Nevermind many of the fires were caused by arson – probably set by radical Antifa terrorists or whacko Enviro Nazis trying to get attention.

And as the fires blaze on, people are literally dying in the streets of San Francisco and L.A., crime is out of control, and oh yeah, they are running out of electricity.

So what’s Gavin Newsom’s answer?
More windmills, more failed “green” technology, scheduled blackouts (since the windmills aren’t working), tougher restrictions on gas-powered vehicles, and fines for those that “use too much power.”

Oh, and he’s going to ban cars.
Gov. Newsom signed an executive order this week that some describe as the most aggressive “clean-car policy” in the United States.

Under the Governor’s radical order, California will phase out the sale of all gasoline-powered vehicles by 2035.

“This is the most impactful step our state can take to fight climate change,” the Governor said in a statement.

Those impacted most by this decision will be the poor and middle class who can’t afford to make the switch to electric vehicles and the tens of thousands put out of work from this leftist proposal.

But many scientists argue that California’s current “green” policies may be more to blame than anything else.

Spokesman for the Institute for Energy Research says the move by Gov. Newsom is nothing more than “another silly distraction from real problems.”

David Kreutzer, a senior economist at the institute, told NPR, “Driving cars is not what causes forest fires or makes them worse, if people want to drive electric cars, they’ll buy them. You don’t have to eliminate the competition.”

Meanwhile, residents in California may want to pack up and get out before Newsom bans cars altogether.

Facebook Found Guilty and It’s Worse Than You Thought