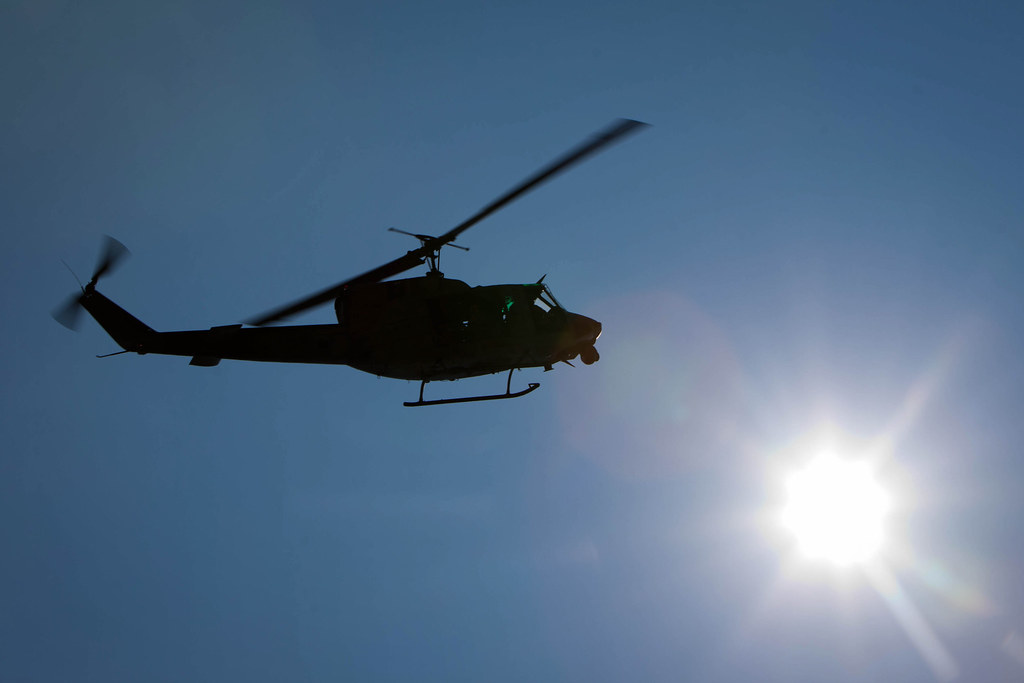 Our U.S. servicemen and women are trained for battle and ready to take on the enemy when under attack.

They aren’t, however, trained for attacks from their own countrymen.

But one Air Force helicopter was flying over Virginia when it was hit by gunfire and forced to make an emergency landing.

Unfortunately, the violence and destruction around the nation –led by Antifa terrorists, BLM radicals, and other left-wing and socialist organizations – has spread to attacks on U.S. military personnel and veterans.

Until now, there were no known attacks on U.S. military aircraft.

But an Air Force helicopter was hit by gunfire earlier this week while flying over a small town in Virginia.

The aircraft was damaged and forced to make an emergency landing at Manassas Regional Airport, Pentagon officials reported.

The UH-1N Huey helicopter, part of the 1st Helicopter Squadron stationed at Andrews Air Force Base, was flying at an altitude of about 1,000 feet and 10 miles northwest of Manassas Regional Airport when the gunfire occurred, hitting and damaging the aircraft and injuring one crew member.

The injured crew member, who was not identified, was rushed to a local hospital, treated, and released.

“Initial findings are that the helicopter was struck by a bullet resulting in a minor injury to an aircrew member and damage to the aircraft,” the Air Force said, according to McClatchy News.

McClatchy News also reported that the Federal Bureau of Investigation is looking into the incident.

A statement released by the FBI’s Washington Field Office said the FBI “dispatched special agents and its Evidence Response Team to the Manassas Airport after receiving reports that a helicopter was shot at from the ground nearby.”

Officials at the Manassas Regional Airport received a call alerting them that “a military helicopter was inbound and that paramedics were on the way,” said airport operations officer Richard Allabaugh.

The helicopter remains at Manassas airport as an investigation into the incident continues.

“The FBI Washington Field Office is working jointly with our law enforcement partners, including the Air Force Office of Special Investigations, to determine the circumstances surrounding the incident. One individual in the helicopter sustained a non-threatening injury, for which he was treated and subsequently released from the hospital,” the FBI said.

The FBI added that “anyone near this area at the time of the incident who may have information please call the FBI at 202-278-2000.”

“The Office of Special Investigations is fully engaged with our FBI colleagues on this incident. OSI take threats to our Airmen and our resources very seriously. As this is an ongoing investigation, no further investigative details can be released at this time,” Joint Base Andrews said, according to McClatchy.

While there is no indication yet to who may have launched this violent attack on a U.S. military aircraft, the current strife and violence in the nation makes attacks like this all the more alarming.

Deep State Journal has someone on the ground in the area and will keep you updated on this important incident as details are made available.

Joe Biden Has Plans for a Federal Mask Mandate Even Outdoors

Violent Seattle Rioters Have New Demand to White Residents: ‘Give Up Your House!’