Bill Clinton Spokesman: Bill Denies Ever Having Been to Epstein’s Private Island 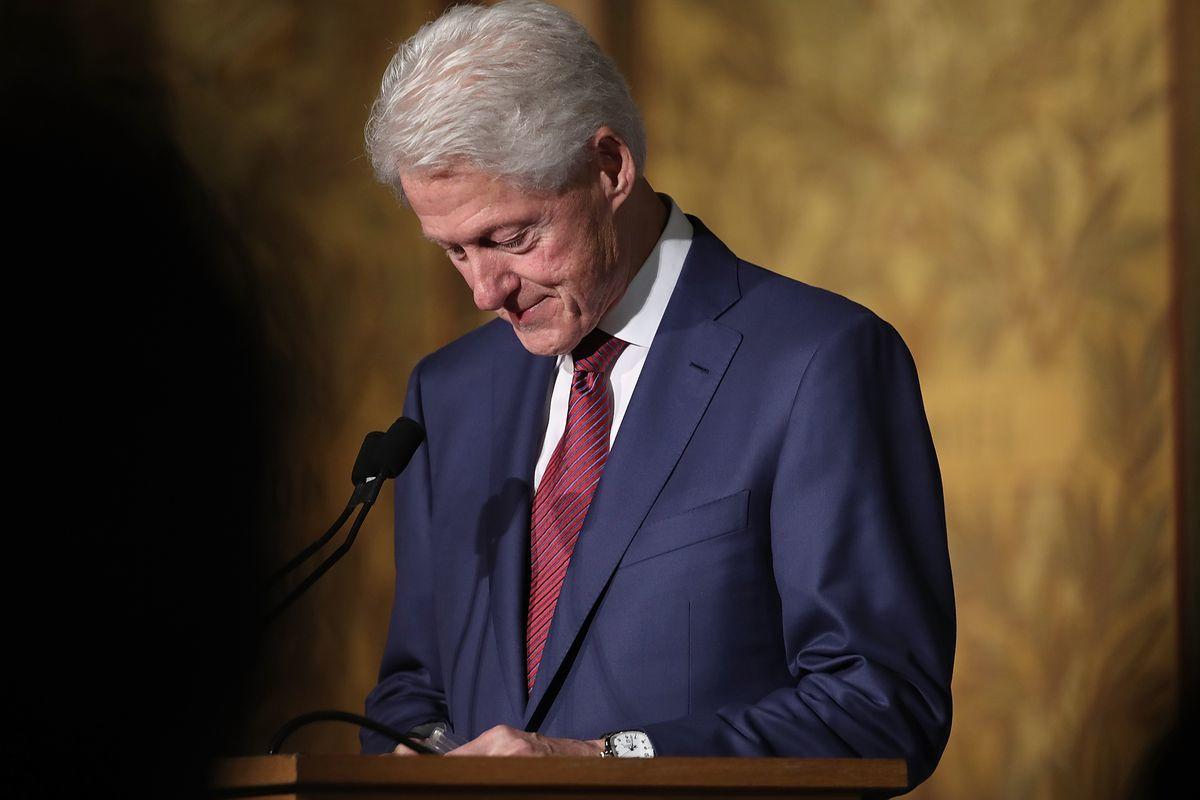 The documents are slowly leaking out following the arrest of Jeffrey Epstein’s madame, Ghislaine Maxwell.

Already we’ve seen the expected claims that Bill Clinton was a “frequent flyer” on Epstein’s private jet and spent many nights at his private island resort.

But now according to a spokesman, Bill Clinton says he’s never even been to Epstein’s private island.

The disgusting, twisted saga of Jeffrey Epstein’s activities remains ongoing despite his “suicide.”

And the recent arrest of Ghislaine Maxwell has reopened the worldwide interest in the case.
The alleged madame and procurer of underaged girls for Epstein’s sex fueled parties supposedly has video of at least two “very famous, very powerful” politicians having sex with underage girls.

For now, the revelations seem to be focused on documents showing flight logs from Epstein’s private jet, “The Lolita Express,” and visitor records from his seedy private island.
Rumors of big names in Hollywood, political office, and big business have Americans on the edge of their seat.

From Prince Andrew to Tom Hanks, to powerful lawyer Alan Dershowitz and Bill Clinton, the names keep coming.
But now Bill Clinton is denying he ever went to Epstein’s island.

According to a post on social media from Clinton spokesman Angel Urena, “President Clinton has never been to the island.”

Then in a separate statement to Newsweek, Urena said Clinton had “never been to Little St. James Island.”

Not only that but, “He’d not spoken to Epstein in well over a decade, well before [Epstein’s] terrible crimes came to light,” according to Urena.

However, Virginia Roberts Giuffre, 36 – who has accused Epstein of sexually assaulting her numerous times with the help of ex-girlfriend Ghislaine Maxwell – remembers Clinton being present on Epstein’s island.

“I remember asking Jeffrey what’s Bill Clinton doing here kind of thing, and he laughed it off and said, ‘Well, he owes me a favor.’ He never told me what favors they were. I never knew,” she said.

According to documents released, Epstein told Giuffre that lots of people owed him favors and told her he helped people for the sole purpose of having them owe him afterward.
“They’re all in each other’s pockets,” she said.
Supposedly when Epstein and Clinton were on the island together, Maxwell was also there, as were two young girls from New York, Giuffre says.

The latest documents were unsealed by order of U.S. District Judge Loretta Preska in late July.

And according to Clinton’s own files – found in the Clinton Library – Epstein visited the White House multiple times.

Clinton also flew on Epstein’s private jet a number of times – which Clinton has so far not denied.

Urena, however, said in a statement last year that Clinton was unaware of Epstein’s “terrible crimes.”

But an ABC anchor was captured on internal video in 2016 saying executives “quashed” a story that featured an interview with Giuffre and included Bill Clinton.

“It was unbelievable what we had. [Bill] Clinton, we had everything. I tried for three years to get it on to no avail, and it’s like these new revelations, and I freaking had all of it,” she said.