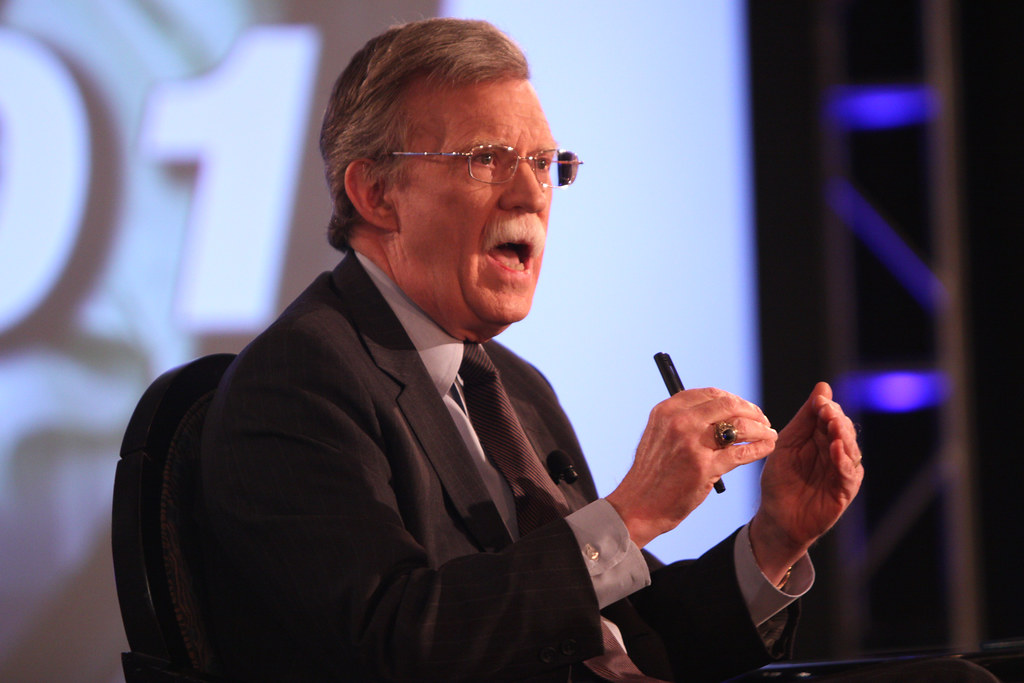 Former ambassador and “war at any price for any cause” John Bolton has written a new book that makes some shocking claims about President Trump.

Of course, Bolton is known for embellishing the truth to get us into wars, kills innocent people, and spies on Americans, so many wonder just how honest this “tell all” book actually is.

Donald Trump has skewered neocon John Bolton for his falsehoods and now has the shocking proof that backs him up.

It’s been big news for the past couple of days – former ambassador John Bolton has a new book titled, The Room Where It Happened, that’s supposedly a scandalous tell-all about the Trump administration.

Of course, in Bolton’s case, the “room” in question is more likely the one in the recesses of his mind.

And just like the release of his last book, Bolton shows that if he doesn’t know the truth, he at least knows marketing.

The main question most pundits are asking is just how many stories has Bolton made up in this new book?

Bolton makes a shocking claim that President Trump asked the Chinese for help in the upcoming 2020 election.

Trump has denied the allegations as pure fabrication and now has back-up from those who were in “the room where it happened” – or more accurately, where it didn’t happen.

In an excerpt from Bolton’s book published in The Wall Street Journal, Bolton writes, “Trump then, stunningly, turned the conversation to the coming U.S. presidential election, alluding to China’s economic capability and pleading with Xi to ensure he’d win.”

“He stressed the importance of farmers and increased Chinese purchases of soybeans and wheat in the electoral outcome. I would print Trump’s exact words, but the government’s prepublication review process has decided otherwise.”

Lighthizer – a well-known and respected critic of the Chinese Communist Party – told Senator Robert Menendez (D-NJ) that he was actually there, at the meeting, in the room, and that Bolton’s allegations were “completely crazy.”

“Would I have recollected something as crazy as that? Of course, I would,” Lighthizer said.

Bolton makes numerous other outrageous allegations against Trump in his book, including accusing him of trying to appease foreign dictator Turkish President Recep Tayyip Erdogan and, of course, Russian President Vladimir Putin. The U.S. Department of Justice sued Bolton earlier this week to delay the release of his book which is scheduled to be available on June 23.

We will keep you updated on any new developments in this story.