Latest
Kevin McCarthy’s Bid as Speaker Now In Doubt...
FBI Whistleblower Paid the Price for Calling Out...
Nancy Pelosi’s Replacement Could be Much Worse for...
Joe Biden’s FBI Director Just Admitted This About...
Leading GOP Congressman Says Joe Biden has Weaponized...
A Shocking New Study on Gun Laws Has...
World Leaders Agreed to a Global Passport System...
This Lincoln Project Co-Founder is in Hot Water...
Biden’s CIA Head Ran This Think-Tank That Hired...
The Shocking Truth About Jeffrey Epstein’s Network of...
Home Featured Donald Trump Is Furious at Nancy Pelosi and Congress for this One Major Reason
FeaturedGovernmentPoliticsScience, Health & TechU.S. NewsWorld News 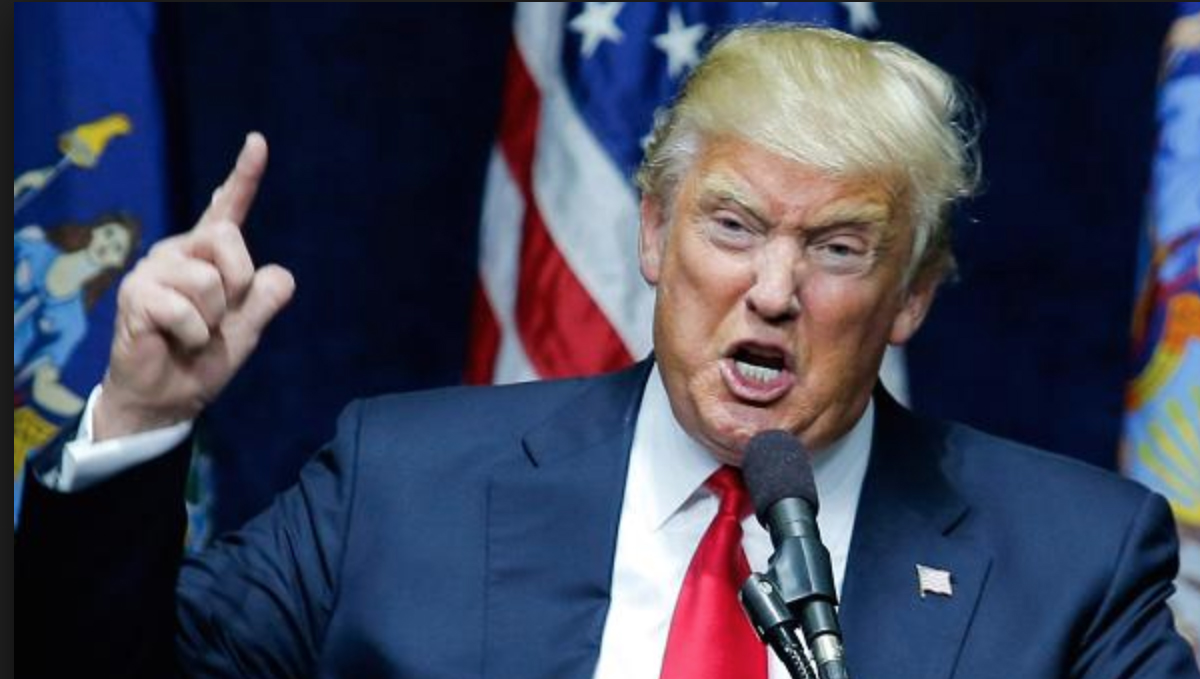 As Americans hunker down to “shelter in place” and practice “social distancing,” businesses are shutting down and some of them for good.

Meanwhile, Congress has decided the best way to handle this crisis is by attacking President Trump and promoting a crazy list of leftist demands.

But Donald Trump is furious at Nancy Pelosi and Congress for this one major reason.

The coronavirus that originated in China is hitting the United States hard, but not as hard as the liberal media keeps projecting.

In fact, they’ve had to resort to outrageous claims and fake videos from other nations just to try and continue the charade.

Their goal is to scare the American people into complete submission to the state and many governors are joining the socialist effort by closing everything from restaurants to barber shops, to even parks and beaches.

They’re also using the crisis to close gun stores, ban the sale and transfer of weapons, and stop the sale of ammunition.

Of course, abortion mills and the slaughter of America’s unborn children are allowed to go on. Of course.

But worst of all may be the reaction to the pandemic displayed by Congress.

In case you weren’t paying attention last week, House Speaker Nancy Pelosi (D-CA 12) and her merry band of socialists made it very clear where their priorities lie.

Congressional Democrats decided that the Chinese coronavirus outbreak was a great time to try and pass their laundry list of leftist and socialist goals.

While Americans were fearing for their lives and their livelihoods, and businesses were shutting their doors, Pelosi and her crew knew Christmas had come early.

And of course, Democrats had to give Christmas gifts to their friends.

So, they wanted a $10 billion dollar bailout for the failed U.S. Post Office, $20 million additional money to the disgraced FBI, $75 million for the Public Broadcasting Service and National Public Radio, an extra $50 million for the Office of Museum and Library services (which already received their funding for the fiscal year), $8 billion for tribal governments, $25 million for the Kennedy Center (even though it’s sitting on a $140 million endowment), and of course a $25 million pay raise for themselves.

But never fear. In return, some Americans (but not all) will get a $1,200 check! Paid for by, you guessed it, the American taxpayers.

Basically, we’re getting back what was our own money in the first place.

However, if the masterminds in Congress feel you made too much money a few years ago, then you’ll get nothing.

So while Americans were rightly focused on the best way to save lives and save their families from economic ruin, Congress loaded up the Christmas tree with shiny ornaments.

And though the Senate did strip out some of the nonsense, they did leave in most of the pork.

The trouble with Congress and both parties is that most of them view our taxpayer money as their own personal ATMs.

President Trump is right to be furious.

However, he was very wrong to attack Congressman Thomas Massie (R-KY 4) – the only member of Congress with the courage to speak out against the disgusting, unconstitutional spending bill.

As Congress is already at work on their next spending bill, let’s hope a few more Congressmen and Senators will have the courage to do what they were elected to do.

Twitter Just Exposed its Anti-Conservative Bias After This Ridiculous Move