Latest
Joe Biden’s Reckless Behavior Has Created This Huge...
Tucker Carlson Exposed A Horrifying Way Vaccine Companies...
Top Republican Just Exposed How Democrats Are Covering...
A Key Player In the Democrats’ Attacks Against...
Dr. Fauci Was Working On This Huge Secret...
Devin Nunes Said Nine Words That Laid Bare...
This Voting Machine’s Irregularities Were Major Enough To...
A Top Official Dropped A Bombshell How Democrats...
This One Document Shows Just How Much Joe...
A Democrat Proposed A Wild Conspiracy Theory To...
Home U.S. NewsGovernment What Adam Schiff Did To This Innocent Republican Should Make You Sick To Death
GovernmentPoliticsU.S. NewsWorld News 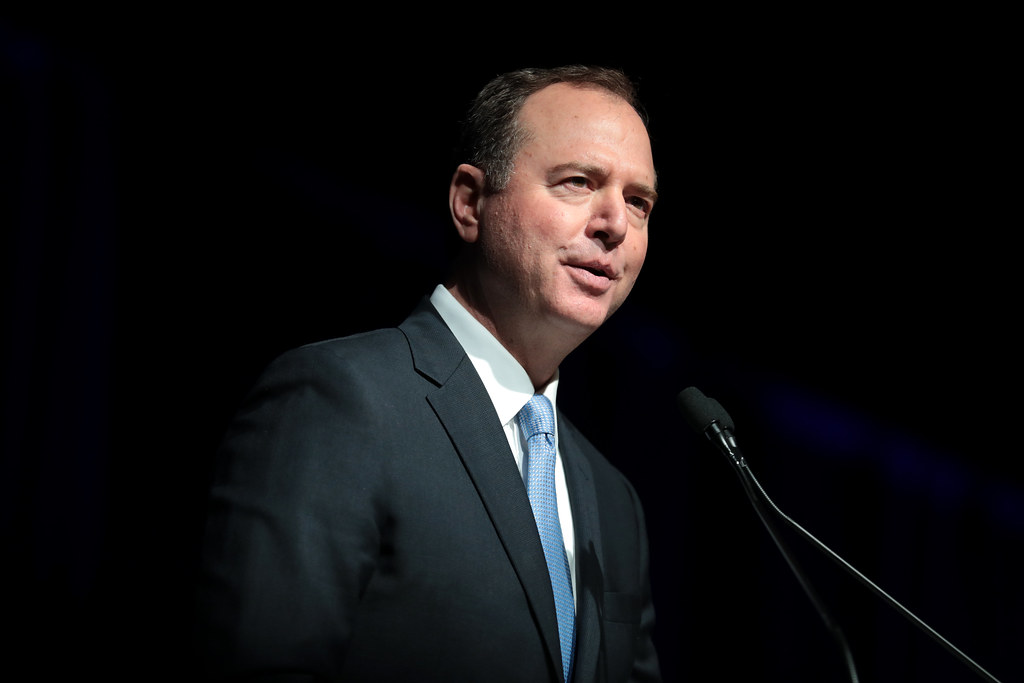 There’s no doubt the Democrats are corrupt to the core. The Bidens, the Clintons, and the Deep State are just the tip off the dirty iceberg.

Conservatives have known this for years, but in the past 36 months, the entire world has been given a bird’s eye view of just how rotten the Democrats leading our country really are.

But when you see what Democrat Adam Schiff did to this innocent Republican, it’ll make you sick to death.

While it was never supposed to be this way, the Republicans have been on the defense for the past 18 months.

Ever since the Democrats rigged the system so that Mueller’s special counsel could craft a dodgy report that President Trump was guilty of colluding with the Russians, Republicans have been on their heels trying to play defense.

The impeachment inquiry has seen the Republicans suffering at the hands of a treasonous Democrat House gone mad.

Banned from hearing private witness testimonies and barred from asking questions of witnesses are just some examples.

Another example of the indignities Republicans have suffered is what happened to House Intelligence Committee ranking member Devin Nunes.

In what can be described as one of the most appalling acts of political terrorism, Nunes’ counterpart in the House Intelligence Committee, Adam Schiff, illegally obtained his phone records and released them to the public.

Schiff defended the decision and said he needed to see Nunes’ phone records so that he and his team could move onward with their impeachment inquiry.

During an appeared on Fox News last Sunday, Nunes said it was “sickening” that Chairman Adam Schiff (D-Calif.) had obtained his phone records as part of the impeachment inquiry.
“I think the whole thing is just sickening, but he did it to one of my current staff members and one of my former staff members who he doesn’t like,” Nunes said.

Nunes claimed that Schiff’s decision to release the records “raised questions” about the ethics of using tactics like this to embarrass political opponents.

“Does this mean just one member because he doesn’t like someone and he’s a political opponent of someone, can that member just subpoena records and then release just to embarrass or to create a distraction or to build whatever fantasyland narrative that they continue to build?”

The truth is, these personal phone records have little bearing on Trump’s phone call with Ukraine.

It’s another thing altogether to wiretap the phone lines of staff members of a rival political member so you can strengthen your case to demonize the opposition.

But that’s exactly what Schiff did.

Hilariously, Schiff denies that he requested the phone records be released, while in the same breath, defended subpoenaing them because, “Every investigator seeks phone records to corroborate, sometimes to contradict, a witness’s testimony.”