Latest
Joe Biden’s Reckless Behavior Has Created This Huge...
Tucker Carlson Exposed A Horrifying Way Vaccine Companies...
Top Republican Just Exposed How Democrats Are Covering...
A Key Player In the Democrats’ Attacks Against...
Dr. Fauci Was Working On This Huge Secret...
Devin Nunes Said Nine Words That Laid Bare...
This Voting Machine’s Irregularities Were Major Enough To...
A Top Official Dropped A Bombshell How Democrats...
This One Document Shows Just How Much Joe...
A Democrat Proposed A Wild Conspiracy Theory To...
Home Featured Trump’s Laughing His Head Off After One Democrat Said This in Impeachment Hearing
FeaturedGovernmentPoliticsU.S. NewsWorld News 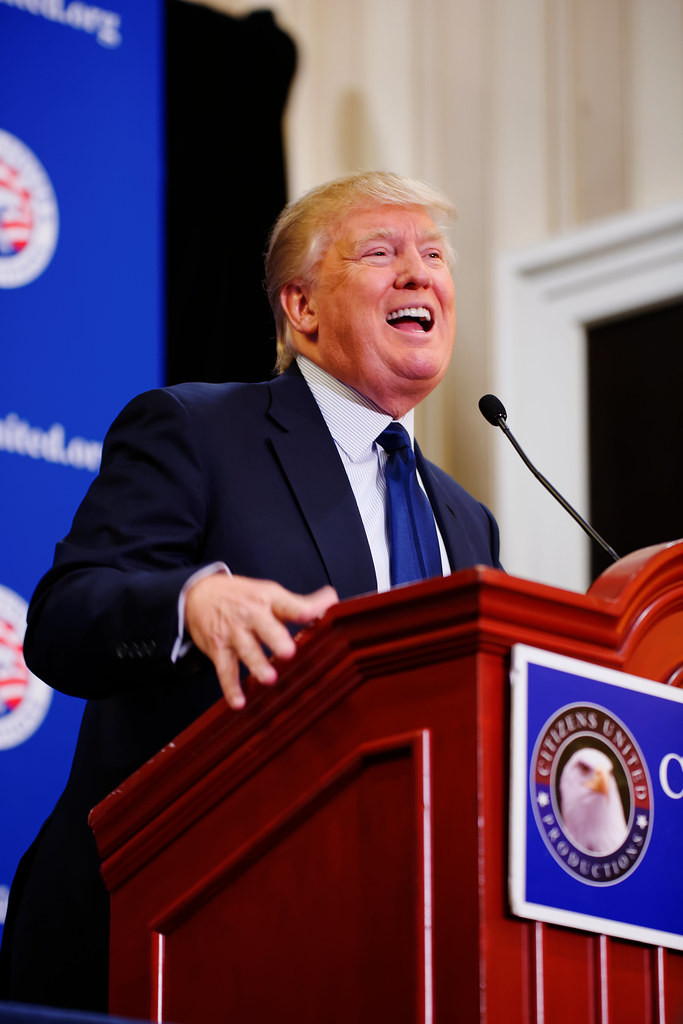 This week marks the beginning of testimony from “key” witnesses to the alleged crimes President Trump committed on July 25th.

A motley crew of second and third-hand witnesses have assembled to help the left “take down” Trump in their impeachment proceedings.

Funnily enough, however, not only are the testimonies not that compelling, Trump is laughing his head off after one Democrat said this ridiculous thing.

Take a mental note of the name George Kent because he could be the reason the Democrats lose their chance to impeach Trump.

When it comes to being in the mix of “all things Ukraine,” as Deputy Assistant Secretary, Kent oversees U.S. policy towards Ukraine.

He’s one of the few people with significant knowledge on the relationship between the White House and Ukrainian government.

He even served in that capacity during the Obama eight-year reign of error.

This position was so valuable that the Democrats depended on his testimony to tighten the screws in their “ironclad” case against Trump.

But much to their chagrin–and much to Trump’s delight–Kent’s testimony on Wednesday only illuminated the reality that the Democrats have a very thin case built against the President.

Not only that, but Kent’s testimony could actually put the Bidens behind bars, not Trump.

Kent testified that Trump’s request for Ukrainian President Volodymyr Zelensky to look into the potential corruption involving Joe Biden and his wayward son, Hunter, was legitimate. In fact, Kent said he believed at one time there was a severe conflict of interest concerning the Bidens and their involvement in the Ukraine.

Kent relayed that Hunter Biden’s placement on the board of directors for Burisma Holdings back in 2015 wasn’t proper and possibly criminal.

“To summarize, we thought the [CEO of Burisma] had stolen money. We thought a prosecutor had taken a bribe to shut the case,” Kent said during his testimony.

“Are you in favor of that matter being fully investigated and prosecuted?” asked House Intelligence Committee Counsel Steve Castor.

“I think, since U.S. taxpayer dollars were wasted, I would love to see the Ukrainian prosecutor general’s office find who the corrupt prosecutor was that took the bribe, and how much of it was paid,” Kent said.

Now it should be noted that Kent isn’t a Trump supporter.

But although he was concerned about the possible conflict of interest with Vice President Biden and his son’s business dealings in Ukraine, neither Kent nor anyone on his team ever pursued further action.

With all this information being released, it’s no wonder President Trump wanted an investigation into possible criminal activity by Biden.

The Democrats have argued this entire time there was a quid pro quo to initiate a targeted investigation of criminal wrongdoing against a political rival.

But now, as Kent’s testimony revealed, it’s diametrically opposite to what the Democrats insisted was going on.

We will have more updates in the coming days on the impeachment proceedings and the surprising absence of the “top secret” whistleblower, Eric Ciaramella.

The Struggle to Protect our Privacy is Far From Over