Latest
Joe Biden’s FBI Director Just Admitted This About...
Leading GOP Congressman Says Joe Biden has Weaponized...
A Shocking New Study on Gun Laws Has...
World Leaders Agreed to a Global Passport System...
This Lincoln Project Co-Founder is in Hot Water...
Biden’s CIA Head Ran This Think-Tank That Hired...
The Shocking Truth About Jeffrey Epstein’s Network of...
This Democrat Megadonor Now Under Federal Investigation and...
This Democrat Candidate Was Just Arrested for Terrorist...
This Dangerous ‘Top Surgery’ is Up Almost 400...
Home U.S. NewsGovernment Mitt Romney Now Fears For His Political Future, But Has Only Himself To Blame
GovernmentPoliticsU.S. News

Mitt Romney Now Fears For His Political Future, But Has Only Himself To Blame 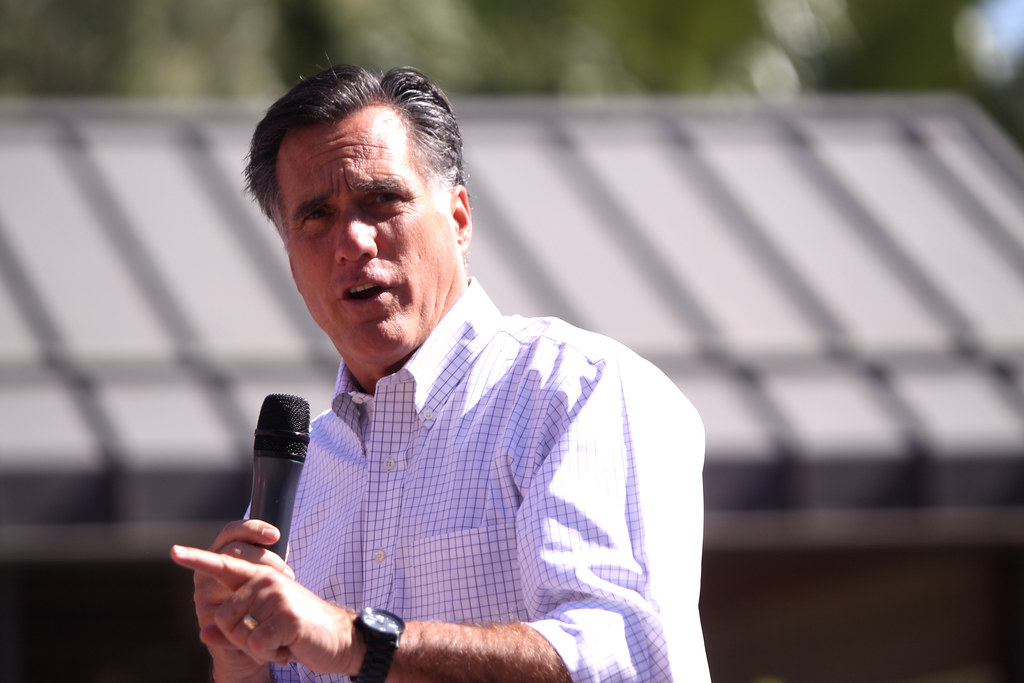 As Romney’s attacks on Trump continue to escalate, his shaky standing among Republican voters has slipped to not even a toe-hold.

This has Mitt Romney fearing for his political future, and he has only himself to blame.

It’s a well-known fact that Mitt Romney, once considered the darling of the moderate, big-government Republicans, has seen his stock fall among the Republican base over the past few years.

Most of that can be attributed to his lack of political backbone and willingness to compromise away even the few issues he says he believes in.

But lately, perhaps finally sensing he will never be president, Romney has decided to increase his attacks on the duly-elected President Donald Trump.

If Romney thought doubling down on these attacks would earn him support among his fellow Republican Senators and voters, he miscalculated greatly.

In fact, some of his fellow Senators are starting to realize Romney’s opposition to Trump has nothing to do with principle, but bitterness, pettiness, and the DC consultants whispering in his ear.

One of the most overlooked facts about the “Never-Trumpers” is the large number of DC political consultants and hacks that make up the movement.

Most of them are only “Never-Trumpers” because they couldn’t grift and slime their way on to Trump’s campaign.

In other words, since they couldn’t make money off Trump, they came out against him in hopes of getting a payday there.

These are the consultants who brought us the likes of John Kasich and John McCain.

They have long been an anathema to actual conservatives and real Republicans across the country.

They are the kind of politicians who, any time a conservative gets the nomination, immediately find a moderate candidate to run Third Party to a)steal the election from the conservative and b) keep their pockets full with cash from party “regulars” who have never liked conservatives “hijacking” the party of Nelson Rockefeller, the Bush dynasty, and the Mitt Romneys of America.

So they picked their “leader” to be the failed presidential candidate Mitt Romney, who’s been all too eager to be their attack dog – in his very friendly and proper manner of course.

Unfortunately for Mitt and his backers, he’s failing miserably.

In a recent Rasmussen Reports poll, a whopping 63% of GOP voters believe the party needs to be more like Trump than Romney.

And although not a surprise, it also found that Republicans believe Mitt Romney is hurting the party – something he’s done every time he’s run for President.

And now his own colleagues are turning on him.

Senator James Inhofe (R-OK) said, “Because one election didn’t turn out  the way that Mitt wanted it to turn out, he’s critical of the president. I’m not pleased with it.”

And David Perdue (R-GA) said, “It’s awfully easy to sit in the stands and be critical of the people on the field.”

As one top GOP operative – who is no Trump loyalist – told Deep State Journal, “Mitt Romney continues to be a thorn in the side of any conservative trying to accomplish what we promised the voters we would do. Mittens would rather gripe and whine than actually accomplish anything useful.”