Latest
Kevin McCarthy’s Bid as Speaker Now In Doubt...
FBI Whistleblower Paid the Price for Calling Out...
Nancy Pelosi’s Replacement Could be Much Worse for...
Joe Biden’s FBI Director Just Admitted This About...
Leading GOP Congressman Says Joe Biden has Weaponized...
A Shocking New Study on Gun Laws Has...
World Leaders Agreed to a Global Passport System...
This Lincoln Project Co-Founder is in Hot Water...
Biden’s CIA Head Ran This Think-Tank That Hired...
The Shocking Truth About Jeffrey Epstein’s Network of...
Home Featured AOC Made This Awful Comment after Being Told “We Should Eat Babies”
FeaturedGovernmentPoliticsU.S. NewsUncategorized 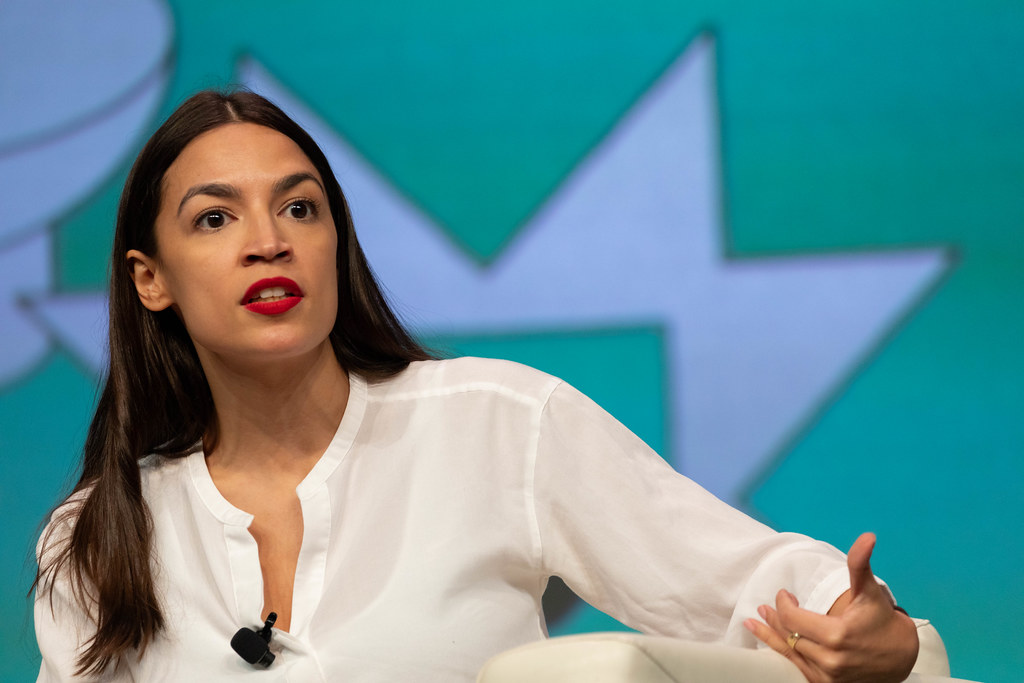 She’s fake and ignorant, advocates for policies that aren’t grounded in reality, and worst of all, a vast majority of left-leaning Americans believe she’s a great political leader.

And now, Alexandria Ocasio Cortez made this awful comment after a supporter said: “We should eat babies.”

AOC was at a Town Hall meeting recently speaking to supporters about the dangers of climate change.

As you probably know, AOC and the rest of the left believes the planet is just years away from a cataclysmic shift where the rise in global air temperature is going to send us careening into an apocalyptic event we’ll never recover from.

According to Cortez, we have just 12 years left until things will be too far-gone.

That’s why she suggests eliminating air travel and increasing taxes at a rate never before seen in history.

But during the recent Town Hall, one woman stood up and uttered a proposal no one, not even AOC, was prepared for.

When it was her turn to speak, a woman took the microphone and told AOC that the best way to stop climate change was to eat children.

“We’re not going to be here for much long because of the climate crisis,” the woman said, addressing Ocasio-Cortez.

“I think your next campaign slogan has to be this: ‘We got to start eating babies.'”

The woman then revealed her T-shirt which read, “Save the planet. Eat the children.”

“Even if we were to bomb Russia, we still have too many people. Too much pollution,” the woman continued.”So we have to get rid of the babies. That’s a big problem. Just stopping having babies is not enough. We need to eat the babies.”

Yes, the comments this woman made were supremely shocking.

However, what’s even more disturbing is AOC didn’t denounce these calls for cannibalizing children. All she said to the woman was we a little more time than that.

She didn’t consider the idea of eating children to stop climate change either laughable or horrifying – she just continued with the Town Hall as if nothing out of the ordinary happened.

A few hours later, a pro-socialist group called Lyndon LaRouche PAC, announced they had staged this prank on AOC.

But that doesn’t change the fact that AOC didn’t even question the calls to eat children to reverse climate change.

It’s chilling to think that someone like this is in our government.

It’s long been documented that the global elite want to reduce the population to save the earth. Research organization ‘Agenda 21’ if you need more proof.

And the fact that a sitting member of Congress wouldn’t scold a prankster (or a serious person) who posited meals made of children as an effective way to save the planet means our nation is in more trouble than we ever imagined.