Latest
Joe Biden’s Reckless Behavior Has Created This Huge...
Tucker Carlson Exposed A Horrifying Way Vaccine Companies...
Top Republican Just Exposed How Democrats Are Covering...
A Key Player In the Democrats’ Attacks Against...
Dr. Fauci Was Working On This Huge Secret...
Devin Nunes Said Nine Words That Laid Bare...
This Voting Machine’s Irregularities Were Major Enough To...
A Top Official Dropped A Bombshell How Democrats...
This One Document Shows Just How Much Joe...
A Democrat Proposed A Wild Conspiracy Theory To...
Home Featured Trump Under Intense Pressure to Allow the Feds to Use Social Media to Take Your Guns
FeaturedGovernmentPoliticsU.S. NewsUncategorized 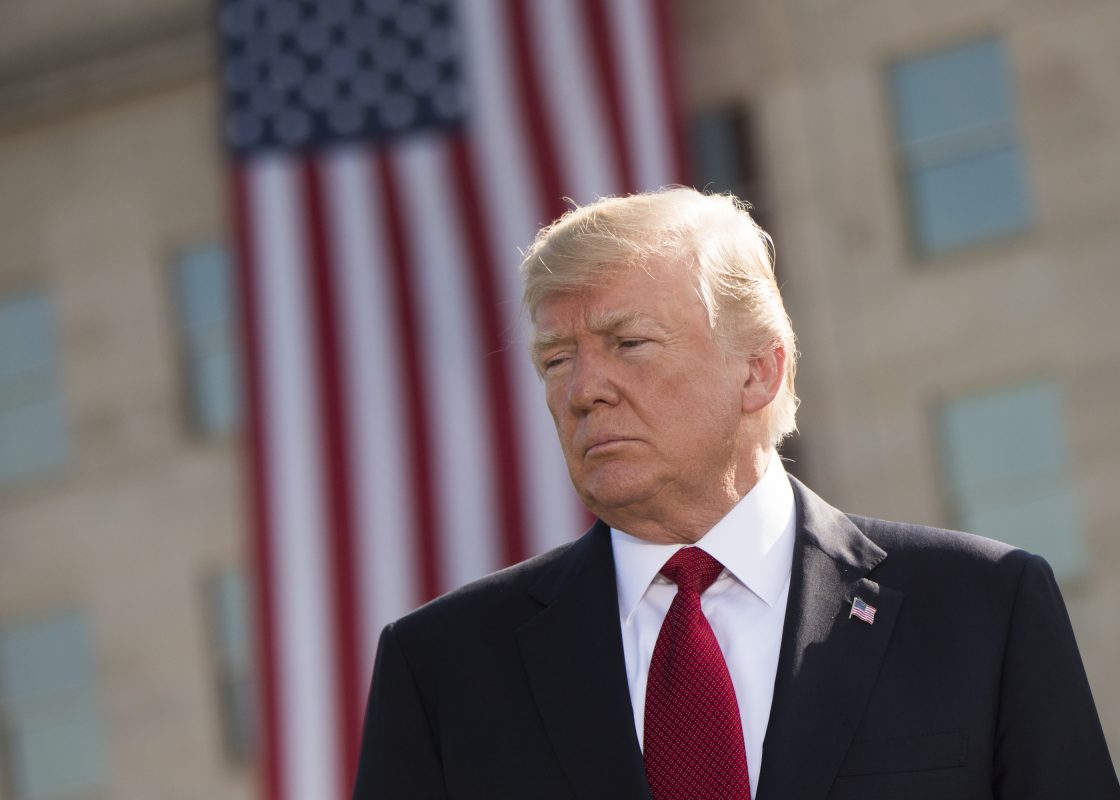 Images of bodies beaten to a pulp with their brains blown out isn’t something anyone wants to spend significant amounts of time looking at.

And any observer of recent history canprove in mere moments that when citizens are disarmed, that’s the kind of future one has to look forward to.

This is the main reason for the Second Amendment – and yet our right to bear arms is in danger as Trump is under intense pressure to let the Feds use social media to take away your guns.

In the aftermath of the recent Texas and Ohio shootings, politicians on both sideshave clamored for more gun control.

They keep pointing fingers at law–abiding gun owners, the Republicans, and anyone who actually believes in our Constitution,asserting that the blood of the innocent is on their hands.

While Republicans have usually been the protectors of the right to keep and bear arms, many of them are caving into demands to pass more gun control in a mad rush to “do something” – no matter if that something means violating the Constitutionand increasing the government’s power.

Now even President Trump is facing intense pressure to do something.

And recent disturbing revelations show that the Trump administration may be playing into the hands of the gun–grabbers who wantto use one of the most powerful spy apparatuses to seize your guns.

Jacob Sullum writing for Reason provided details in his column showing how truly Orwellian this proposal is:

”The Trump administration is reportedly considering a pitch from former NBC Chairman Robert Wright, a presidential pal, for a research program aimed at preventing mass shootings by electronically monitoring people who have received psychiatric diagnoses.

Wright has dubbed his idea SAFEHOME—an acronym for Stopping Aberrant Fatal Events by Helping Overcome Mental Extremes. The Washington Post reports that his three-page proposal imagines using “technology like phones and smart watches” to “detect when mentally ill people are about to turn violent.”

The idea, the paper says, is to look for “small changes that might foretell violence.”

This kind of ‘Minority Report’ attempt at solving gun crime has no place in a free society.

And if Trump is forced to accommodate the left’s quest to intrude on Americans’ right to privacy, it will create a nightmare scenario for gun owners.

Because, as we’ve written in Deep State Journal, the FBI is already using social media to seize guns and stop mass shootings.

Some instances of gun seizures due to the Feds spying on people’s activity on social media have been very questionable — i.e.,when Brandon Wagshol was arrested for sharing memes joking about the apocalypse.

If Trump were to give federal authorization for the SAFEHOME Act, it would give the government the power to mine through every single thing a person shares or comes into contact with on social media.

Once they’ve done that, they could create an elaborate, if not inaccurate, profile of a person that could end with the confiscation of their guns.

This is not how due process works, it’s not how the First Amendment works – but it is why we need the Second Amendment.

We can’t allow politicians to run roughshod over our rights, whether they work for the Deep State or not.

Hopefully, President Trump realizes how dangerous this is and pulls the plug on the SAFEHOME Act.

All Americans concerned about defending the 2nd Amendment and stopping unconstitutionalmeasures like the SAFEHOME Act should immediately contact the White House and urge President Trump to stay strong and not cave into the gun–grabbers.