Latest
Joe Biden Has a Plan to Regulate Cryptocurrency...
Joe Biden Just Said the One Thing That...
This Shocking New Hunter Biden Revelation has Democrats...
Joe Biden is Stepping Up Efforts to Purge...
More 2020 Voter Fraud – Election Official Charged...
Mitt Romney Proved He’s a Tool of the...
Ford Slammed the Brakes on the Deep State’s...
Even the Deep State is Going Bananas Over...
The FBI Secretly Forced Americans to Hand Over...
Joe Biden’s DOJ Just Ordered the FBI to...
Home U.S. NewsGovernment While The Amazon Burns, Liberals are Fiddling With This One Absurd Scare Tactic
GovernmentPoliticsU.S. NewsWorld News

While The Amazon Burns, Liberals are Fiddling With This One Absurd Scare Tactic 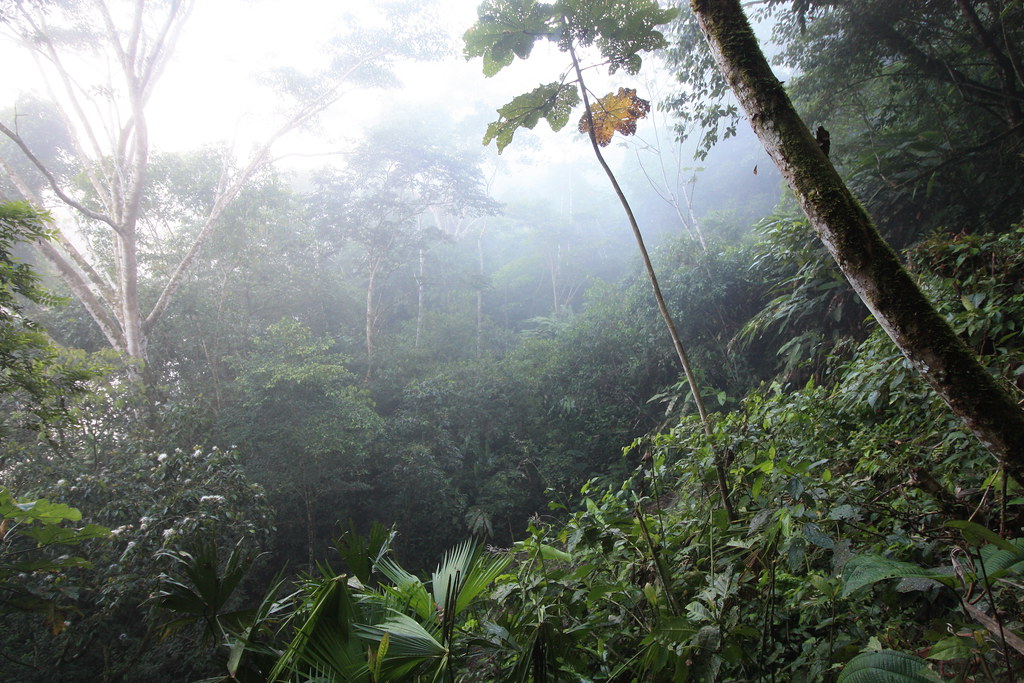 It’s a well-known fact that the Amazon is burning, and there are many theories as to why.

Liberal media outlets have been blaming everything from drinking our morning coffee to poorly-regulated development practices.

But one thing is certain. While the Amazon burns, liberals are fiddling around with one absurd scare tactic.

According to data from Brazil’s National Institute for Space Research (INPE), the Brazilian Amazon has experienced over 70,000 fires since the beginning of 2019 alone.

But their reports also show that this is not unusual.

The INPE currently credits almost all the blazes to natural causes.

Unsurprisingly, however, all the liberal news outlets have thrown their theories into the mix, each with a common theme – man-made “climate change.”

A recent article from the Washington Post claims that the fires in the Amazon have led to a “clear spike in carbon monoxide emissions as well as planet-warming carbon dioxide emissions, posing a threat to human health and aggravating global warming.”

The National Institute for Space Research (Inpe) said its satellite data showed an 84% increase on the same period in 2018.”

Meanwhile, leftist politicians around the world claim the world is doomed.

<blockquote class=”twitter-tweet”><p lang=”en” dir=”ltr”>Our house is burning. Literally. The Amazon rain forest – the lungs which produces 20% of our planet’s oxygen – is on fire. It is an international crisis. Members of the G7 Summit, let&#39;s discuss this emergency first order in two days! <a href=”https://twitter.com/hashtag/ActForTheAmazon?src=hash&amp;ref_src=twsrc%5Etfw”>#ActForTheAmazon</a> <a href=”https://t.co/dogOJj9big”>pic.twitter.com/dogOJj9big</a></p>&mdash; Emmanuel Macron (@EmmanuelMacron) <a href=”https://twitter.com/EmmanuelMacron/status/1164617008962527232?ref_src=twsrc%5Etfw”>August 22, 2019</a></blockquote> <script async src=”https://platform.twitter.com/widgets.js” charset=“utf-8”></script>

But the truth is that the mainstream media is trying to scare people into supporting their agenda.

The hashtag was meant to “raise awareness” — but was really just a ruse to raise money for the so-called “green” cause.

#ClimateEmergency soon followed suit and the ridiculous “Green New Deal” was once again in the news.

This worldwide public frenzy has led to expensive and unnecessary government intervention that will likely not yield any actual change.

Politicians like Emmanuel Macron want the populace to believe that humankind cannot survive without the Amazon – the “lungs” of our planet.

But the fact is, the fires are not occurring in untouched areas of the rainforest, but mostly on farmland that farmers are preparing for planting crops.

There is also nothing abnormal about the fires this season, and no need to panic.

What do you think about the media frenzy surrounding the Amazon fires?