Latest
Joe Biden Has a Plan to Regulate Cryptocurrency...
Joe Biden Just Said the One Thing That...
This Shocking New Hunter Biden Revelation has Democrats...
Joe Biden is Stepping Up Efforts to Purge...
More 2020 Voter Fraud – Election Official Charged...
Mitt Romney Proved He’s a Tool of the...
Ford Slammed the Brakes on the Deep State’s...
Even the Deep State is Going Bananas Over...
The FBI Secretly Forced Americans to Hand Over...
Joe Biden’s DOJ Just Ordered the FBI to...
Home U.S. News This Radical Movement is Backed by the Media in their Effort to end All “Evils” Tomorrow
U.S. NewsUncategorized 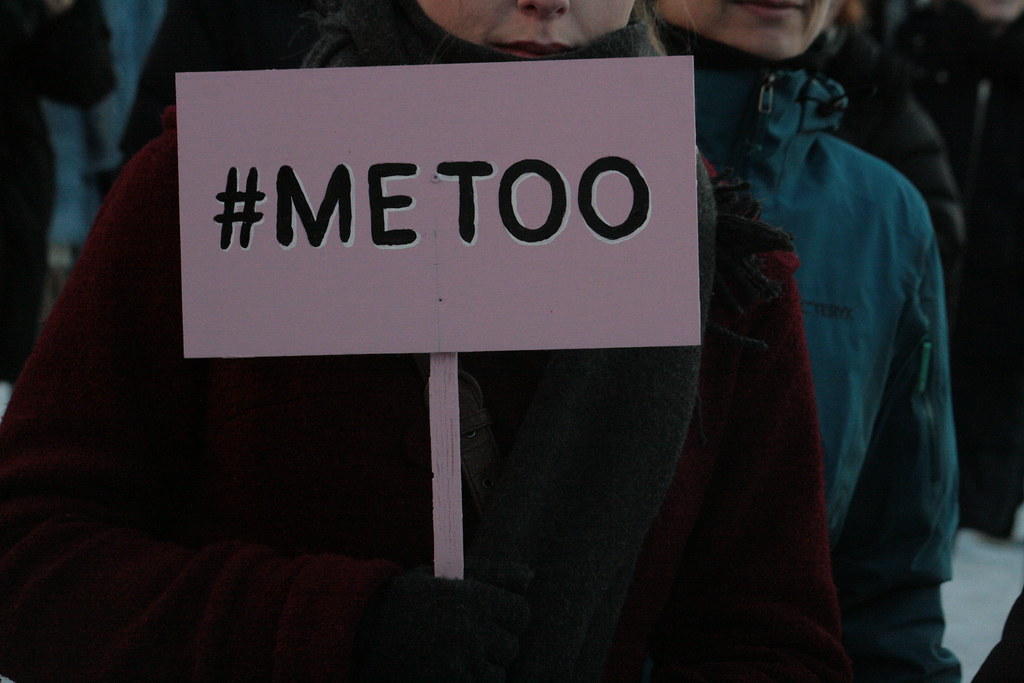 What first began as an honorable effort to oust sexual aggressors and predators among the power-hungry in Hollywood has now become a screaming band of radicals out to destroy the very fabric of society.

The #MeToo movement, originally a movement with laudable ideals and goals, has quickly transformed into just another leftist mob.

And this radical movement is backed by the media in their efforts to end all gender-biased “evils” tomorrow.

Shortly after #MeToo took off two years ago, a firestorm of accusations erupted in Hollywood.

With “feminists” raising their call to action and promoting the “immediate end” of gender discrimination and harassment practically overnight, the #MeToo movement has had lasting effects on the guilty and innocent alike.

And now a new study is being perpetrated by the liberal media and molded to fit the radical #MeToo agenda.

The Leeds School of Business of the University of Colorado recently authored a study on whether women are still experiencing sexism in the workplace in light of the #MeToo movement.

Boston Globe journalist, Katie Johnston, published an exposé on the study and its findings.

Women are facing a “massive increase in hostility,” said Stefanie K. Johnson, the business professor who coauthored the study. Research shows that people in power feel threatened when other groups rise up, as women have during the #MeToo era, and that men believe their status declines when women’s rises, which could cause some men to lash out.

“It’s not that the need to subjugate women goes away, I just think it takes a different form,” Johnson said. “Rather than make sexual comments about women, men who are prone to sexually harass will just accuse women of being incompetent.”

Gender bias, she writes, is still inherently evident in the workplace and calls for immediate action to take place.

Johnston supported her argument with examples of women still feeling under-appreciated in the office or noticing they were the only females working among a male-dominated staff.

As a result, men have become fearful of being accused, management consultants note, causing them to stop traveling or having closed-door meetings with female co-workers because “they might #MeToo me,” adding to the more subtle forms of discrimination highlighted in the study.

A heightened awareness of inequities in the workplace could also be making women more likely to call out sexist behavior, analysts say.

This type of non-sexual harassment is harder to eradicate than full-on sexual misconduct because it’s more ingrained in the culture, said Jodi Detjen, a Suffolk University management professor and cofounder of the gender equity consulting firm Orange Grove Consulting.

Everyone knows that sexual harassment is wrong, she said, noting that, “I’ve not heard a single man say, ‘I can’t believe they’re making me not touch her anymore….Gender bias, on the other hand, is not as easy to root out.”

If anything, gender equality is more prevalent than ever thanks to the legitimate social awareness that has rightfully resulted from the #MeToo movement.

But the liberal media will continue to spin whatever fake news they want despite the facts staring them right in the face.

Now that the radical left has completely taken over the movement, #MeToo is a useless fringe group whose only goal is to attack and destroy men.

This Ex-FBI Big Wig Guilty of Major Anti-Trump Scandal… Is It Treason?

Fearing a War in the Stars, TSA Bans America’s Most Popular Drink from all Airplanes