Latest
Kevin McCarthy’s Bid as Speaker Now In Doubt...
FBI Whistleblower Paid the Price for Calling Out...
Nancy Pelosi’s Replacement Could be Much Worse for...
Joe Biden’s FBI Director Just Admitted This About...
Leading GOP Congressman Says Joe Biden has Weaponized...
A Shocking New Study on Gun Laws Has...
World Leaders Agreed to a Global Passport System...
This Lincoln Project Co-Founder is in Hot Water...
Biden’s CIA Head Ran This Think-Tank That Hired...
The Shocking Truth About Jeffrey Epstein’s Network of...
Home U.S. NewsGovernment This CIA-backed Company is Aiding the Feds in a Coming Fight Against Your Very Thoughts
GovernmentPoliticsU.S. News 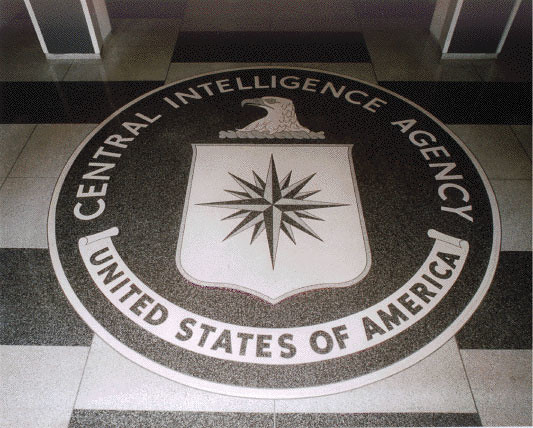 Soon your thoughts, ideas, conversations, even your dreams may be subject to police review and action if the CIA has anything to say about it.
Shockingly, the Deep State’s spook shop is being aided by this so-called “libertarian” billionaire and his company.
And here’s how this company is aiding the Feds in a coming fight against your very thoughts.
If you’re reading this, you’re probably already on a government watchlist somewhere.
Or maybe, like this author, you’ve already been persecuted and prosecuted by overzealous and out-of-control government agents.
Or maybe this is your first time here and the headline got you curious enough to click.
It’s even possible it reminded you of that “classic” 2002 libertarian film “Minority Report” starring everyone’s favorite short Scientologist, Tom Cruise.
In that movie, set in 2054, the government is able to predict future crimes and stop them ahead of time through a pre-crime unit.
Unfortunately, the only thing this film may have gotten wrong is the year.
Because here we are in 2019 and the CIA is already creating the database that can soon find and root out “Thought Crimes”.
And at the forefront of this effort is a shady, well-hidden company called Palantir Technologies, founded by libertarian billionaire Peter Thiel. Yes, that Peter Thiel.
The company’s name was taken from JRR Tolkien’s classic ‘Lord of the Rings’ series, in which a palantir is a seeing stone used by the evil wizard Saruman.

So, palantir means “one that sees from afar.”
And Palantir’s software allows their clients to be virtually omniscient.

Meaning that someday, their software could be utilized to prevent things like bank robberies, terrorist attacks, mass shootings, and even traffic violations — before they happen.

But it also means that soon your thought crimes might become actual, enforceable criminal offenses.
Palantir’s breakthrough technology was developed in and for war zones in efforts to anticipate attacks by insurgents, locations of roadside bombs, and the deployment of “human bombs” used by ISIS and other terrorist groups.
Unfortunately, it’s now being used on the streets of Los Angeles in order to find and stop criminals before they act.
So it’s not shocking to find out that while Palantir was founded by Thiel, it was funded by the CIA’s venture-capital company.
And Palantir’s clients read like a who’s who of every libertarian and conservative’s nightmare.
Among their clients are the CIA, FBI, The Department of Defense, Homeland Security, the IRS, and DEA.
Little is actually known about Palantir, which is now headed by CEO Alexander Karp.
However, unlike many of their fellow Silicon Valley high-tech companies, Palantir has no plans to ever go public.
As Karp explained in a now famous 2013 interview, “running a company like ours would be very difficult” if it were exposed to the scrutiny that comes with being a public company.
Or, better stated, if the American people actually ever found out what Palantir was really doing, there would be a revolution.
There is a lot more to come on this and other aspects of the surveillance state, so come back to Deep State Journal to read the latest.
And be careful out there – Big Brother and Big Business is watching.

Is Journalism Dead? This MSNBC Host is Out to Prove Everyone’s Worst Fears That it Is