Latest
Kevin McCarthy’s Bid as Speaker Now In Doubt...
FBI Whistleblower Paid the Price for Calling Out...
Nancy Pelosi’s Replacement Could be Much Worse for...
Joe Biden’s FBI Director Just Admitted This About...
Leading GOP Congressman Says Joe Biden has Weaponized...
A Shocking New Study on Gun Laws Has...
World Leaders Agreed to a Global Passport System...
This Lincoln Project Co-Founder is in Hot Water...
Biden’s CIA Head Ran This Think-Tank That Hired...
The Shocking Truth About Jeffrey Epstein’s Network of...
Home U.S. NewsGovernment This Popular Past-Time Might Be Deadly And Is Causing Panic in the Medical Community
GovernmentScience, Health & TechU.S. News 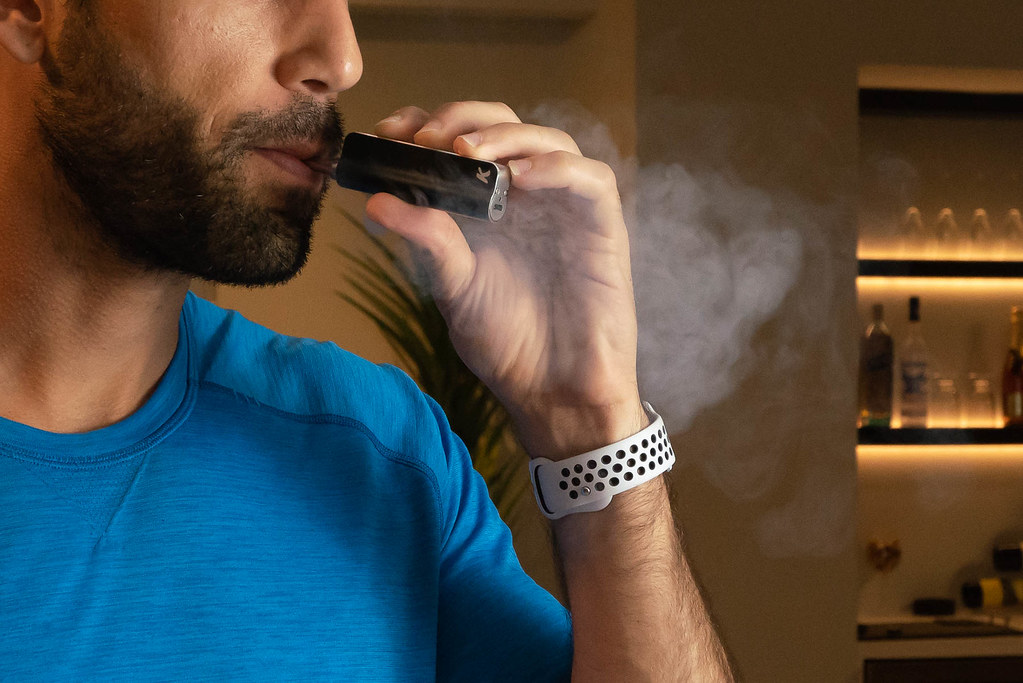 This method of quitting smoking is now one of the most popular and common, and marketed as a healthier alternative.

But the number of deaths linked to this new trend is rising, with both the FDA and CDC now investigating.

Here’s why this popular way to quit smoking may be worse than smoking itself.

Vaping has been marketed as a great, healthy tool to quit smoking and has certainly taken off as the latest trend in smoking alternatives.

But with rising popularity in recent years has come rising cases of illnesses and deaths related to vaping malfunctions and misuse.

Over 150 cases in 16 states have been reported in recent months alone.

Officials from the CDC and the FDA are linking these illnesses directly to vaping itself, but in typical government fashion, have yet to divulge how vaping specifically caused them.

In July, the Children’s Hospital of Wisconsin reported that eight teens with a history of vaping were hospitalized with “seriously damaged lungs.”

A similar case was flagged by officials at the Children’s Minnesota Hospital.

But officials can’t, or won’t, pinpoint a single or even common cause for the conditions other than blaming vaping.

Some doctors say these conditions appear to be caused by adverse reactions to caustic substances in some vaping juices.

However, in the case of Alexander Mitchell, a 20-year-old from Utah who almost died after it was discovered he had a rare lung illness, doctors blame it on vaping with barely a thread of evidence.

“The doctor told the family he suspected the condition was linked to vaping after hearing about similar cases elsewhere. The Provo, Utah, man and his parents had mentioned he used e-cigarettes. But until then, no one had connected the dots. Doctors had him airlifted to the University of Utah hospital in Salt Lake City, 65 miles away, so they could put him on the most advanced life support to keep oxygen flowing and allow his lungs to heal.

Mitchell’s case is among the most serious doctors have seen among the vaping-related lung illnesses now under investigation.”

Meanwhile, the American Vaping Association is fighting against these accusations citing “tainted, black market THC products” having caused the growing number of illnesses.

Another issue with vaping has occurred due to malfunctions of vaping devices by those who did not know what they were doing.

Last year, there were dozens of reported cases of electronic cigarette batteries exploding and killing individuals using them at the time.

In these tragic instances, a faulty battery type was to blame for the deaths.

“The incidents that we’ve seen generally involve … vaping devices that use the drop-in 18650s,” said George Kerchner, executive director of The Rechargeable Battery Association, known as PRBA. “That’s where we have our biggest concern.”

The 18650 batteries are often used in certain types of electronic cigarettes called mechanical mods, which are specialized vaping devices that do not have an internal safety circuitry.

“The hallmark of the devices is that the batteries need to be taken out and charged,” said Gregory Conley, president of the American Vaping Association.

While these deaths were horrific and clearly caused by vaping devices—are the health conditions reported truly a direct result of vaping?

Time will tell as the FDA and CDC continue their investigations.

Do you believe vaping is more hazardous to your health than smoking cigarettes?

Or do you think these cases are mostly a result of misusing vaping materials?