Latest
Joe Biden Was Caught Whispering to Himself and...
The Real Reason the January 6 Committee Canceled...
Sources Say Joe Biden Ordered the Destruction of...
Joe Biden Has a Plan to Regulate Cryptocurrency...
Joe Biden Just Said the One Thing That...
This Shocking New Hunter Biden Revelation has Democrats...
Joe Biden is Stepping Up Efforts to Purge...
More 2020 Voter Fraud – Election Official Charged...
Mitt Romney Proved He’s a Tool of the...
Ford Slammed the Brakes on the Deep State’s...
Home Featured Bernie Sanders Scaring other Socialists out of the Race as His Numbers Sky Rocket
Featured 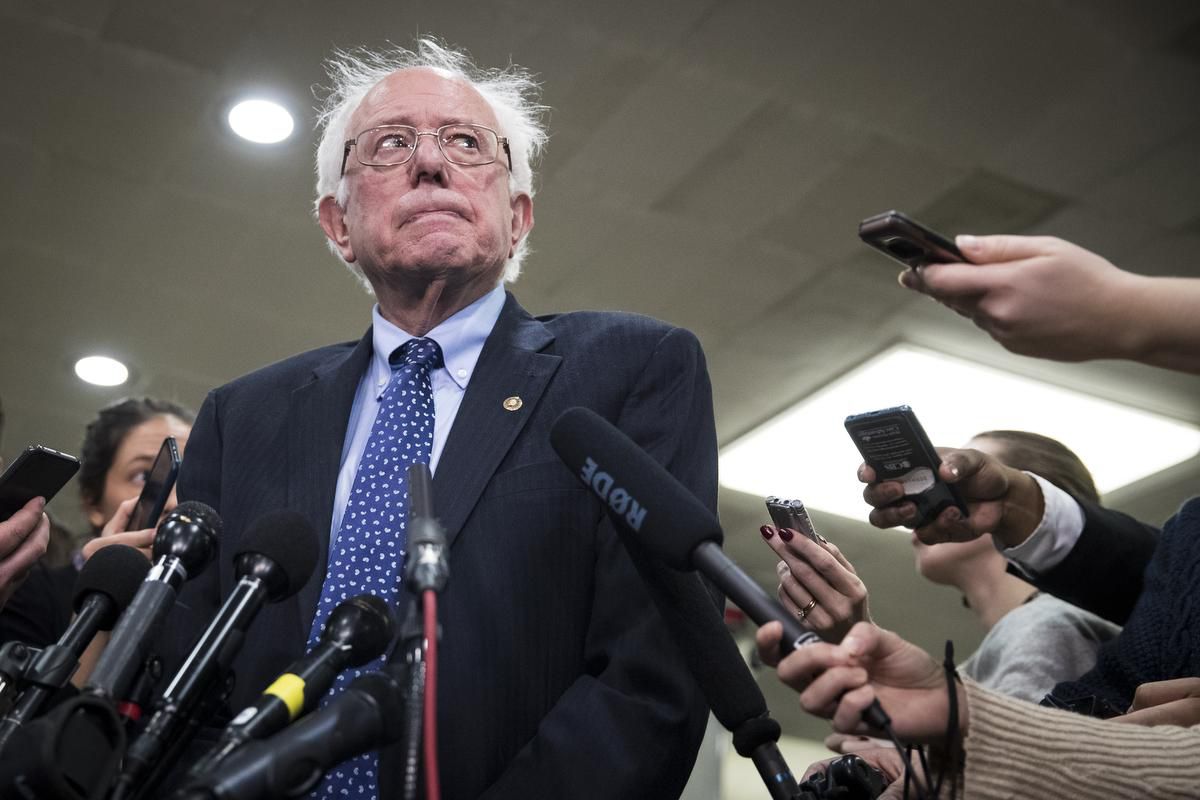 Seemingly untouched by his own scandals and lies, the Vermont Senator is rising to the top in this vital state.

Bernie Sanders is scaring other socialists out of the race as his numbers sky rocket.

The Democrats have already said goodbye to Congressman Eric Swallwell, and soon could be sending best wishes to former Colorado Governor John Hickenlooper as he considers a Senate run instead.

Also considered to be on the chopping block is Congressman Seth Moulton who has yet to even qualify for a debate and just let half of his staffers go.

Meanwhile, Joe Biden can’t seem to stop himself from verbal gaffes and physical grabs of young girls almost every time he appears in public. And, it turns out, the Biden family is one of the more scandal-ridden families in politics today.

Pete Buttigieg is facing very serious problems at home as his own employees attack him for poor management and outright malfeasance. And Buttigieg, who is openly gay, is offending even liberal Christians by misquoting Scripture to serve his needs.

The other frontrunner, Kamala Harris, has scandals too numerous to list, like supporting slave reparations while hiding that her family actually owned slaves for decades – and were known to be among the most brutal.

So the reparations she so adamantly supports should start with her repaying the descendants of all the slaves her family owned.

Harris also has a huge problem with very credible and factually-based charges that she slept her way to the top in her torrid affair with former San Francisco Mayor and speaker of the California State House, Willie Brown.

Now, new facts are coming out about Harris’ misuse of power and political deal-making to free hardened violent criminals when she was a prosecutor.

This all leaves socialist Bernie Sanders as the presumed frontrunner in the Democrat lottery.

A new poll of Democrat voters in New Hampshire conducted by Gravis Marketing indicates that Sen. Bernie Sanders is surging in the Granite State.

Released just last week, the poll shows that the Independent Senator has a strong lead in this early and important primary state.

In the poll, Democrat primary voters were asked, “If the New Hampshire 2020 Democratic presidential primary were held today, who would you vote for?”

At the top was Bernie Sanders with 21%, followed by former Vice President Joe Biden with 15 percent, which edged out Sen. Elizabeth Warren (D-Mass.) who polled at 12 percent.

The fact that Warren couldn’t place first or second in this poll is significant for two reasons.

First, she (like Sanders) is also  from a neighboring New England state of New Hampshire.

Second is because she and Sanders are fighting for the same far-left, socialist voter bloc.

As Biden keeps flubbing his lines and grabbing young girls, and Kamala Harris’ scandals keep piling up, the clear beneficiary is Bernie Sanders.

Are you feeling the Bern yet?

Are “Anti-Vaxxers” Being Blamed for this newest Big Pharma Crisis?