Latest
Joe Biden Has a Plan to Regulate Cryptocurrency...
Joe Biden Just Said the One Thing That...
This Shocking New Hunter Biden Revelation has Democrats...
Joe Biden is Stepping Up Efforts to Purge...
More 2020 Voter Fraud – Election Official Charged...
Mitt Romney Proved He’s a Tool of the...
Ford Slammed the Brakes on the Deep State’s...
Even the Deep State is Going Bananas Over...
The FBI Secretly Forced Americans to Hand Over...
Joe Biden’s DOJ Just Ordered the FBI to...
Home Featured Hillary Clinton and Barack Obama Are Furious at Trump’s Latest Move
Featured 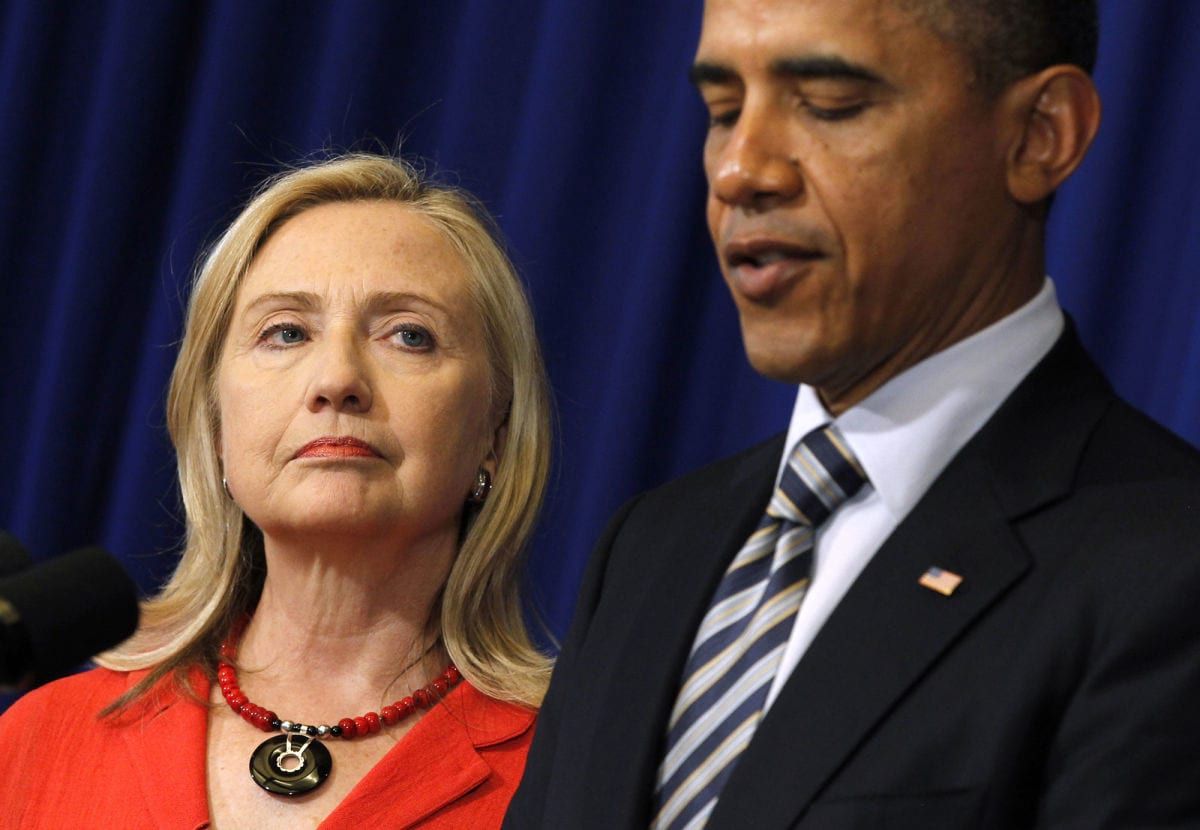 The President just came out and said it may be time to do this one thing that could destroy the Democrats.

So the Democrats are scrambling to cover their tracks.

And Hillary Clinton and Barack Obama are furious at Trump’s latest move.

The Democrats have spent four years, tens of thousands of government employee man-hours, and hundreds of millions of dollars in their fishing expedition to try and “get” Donald Trump.

And now Congress, unsatisfied that this monumental waste of taxpayer money found Trump innocent, is issuing subpoenas left and right to try and find some magical silver bullet.

The radical left still can’t believe Hillary couldn’t beat Trump and are still trying to find some way to remove Trump from office with the aid and support of “Never-Trumpers” in the media and the government.

The American people have clearly had enough of this endless witch hunt, and it appears President Trump has had enough as well.

Last week, the President floated the idea of issuing subpoenas for any records related to former President Barack Obama and former Secretary of State Hillary Clinton.

He correctly pointed out that Democrats have done similar investigations into his and his family’s life, all in a petty abuse of power because their hand-picked golden girl didn’t win in 2016.

During a media session in the Oval Office, the President accused Democrats of engaging in a “fishing expedition” by requesting various records related to the Trump family and businesses.

And the Democrat-controlled House Judiciary Committee just announced they are suing to get access to secret grand jury information contained in Robert Mueller’s report on Russian collusion, claiming that the key to impeaching Trump is somewhere in those materials.

Of course, that’s what they said about the Steele dossier, the Mueller report, and the FBI’s investigation of Trump.

Trump stated, “All [the Democrats] want to do is impede, and investigate — they want to go fishing — and I watched Bob Mueller, and they have nothing. We want to find out what happened with the last Democrat president.”

“Let’s look into Obama the way they looked at me from day one,” the President continued.

Trump then appeared to issue a warning to the Democrats saying, “We could do that all day long.”

He also gave Republicans credit for being rational and not doing the same when they held majorities in both Houses, stating, “[Republicans] didn’t do what these people have done.”

Trump’s remarks gives hope to millions of Americans who want to find out the truth about Hillary Clinton and Barack Obama’s involvement in the Russia collusion hoax – and a long list of other scandals that occurred during Obama’s presidency.

This Republican Congressman Asked the One Question the Pentagon Feared Most