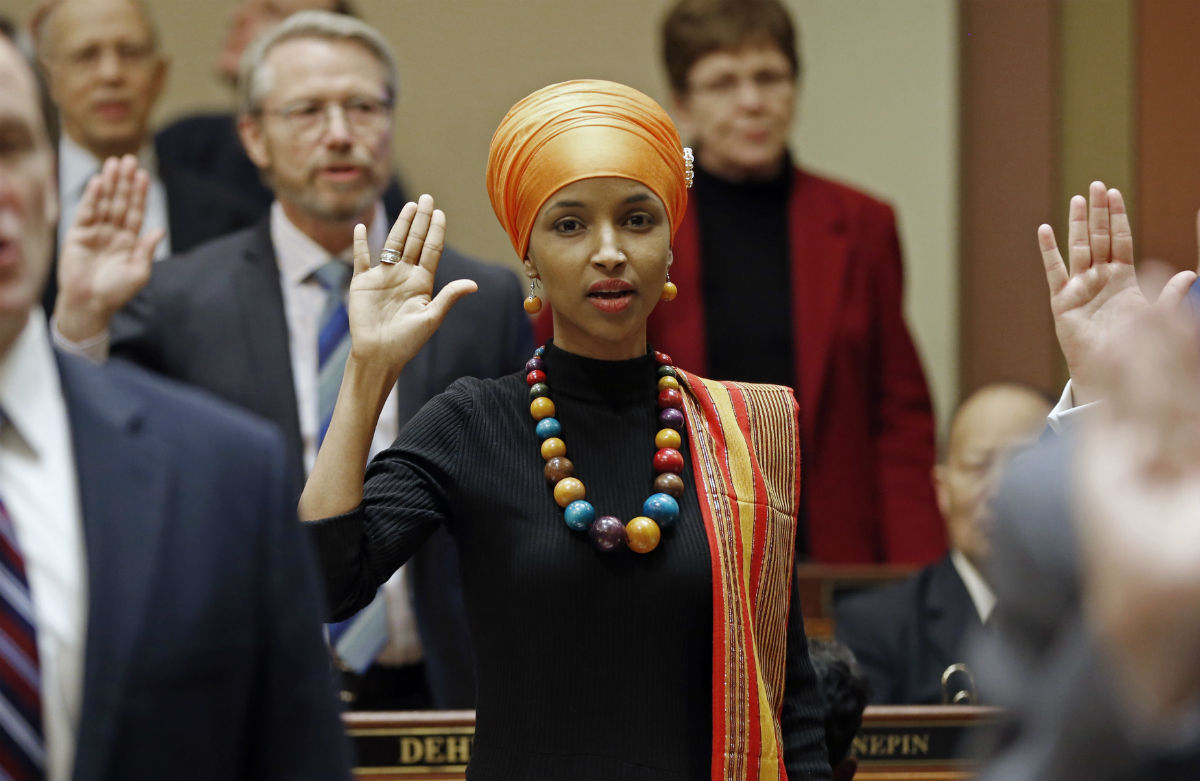 The “Squad of Four” Congresswoman refuses to deny that she married her own brother to get around immigration laws.

However, evidence is mounting that this allegation is true and even Donald Trump has commented.

But then the media jumped to defend Congresswoman Ilhan Omar’s alleged marriage to her own brother.

It’s not been a good week for radical socialist and Islamist sympathizer, Ilhan Omar (D-MN).

Then there was the infamous “Squad” press conference attacking President Trump.

But their press conference backfired so badly that Trump saw a huge spike in his support shortly after.

To no one’s surprise, the media quickly sprung into action and responded by going into full attack mode.

They not only came to Omar’s defense, but also suggested Trump had just dabbled in more wild “right-wing” conspiracy theories.

Not as wild as the Clinton/Obama-led Russian collusion hoax, which the media all but ignores, but still pretty wild nonetheless.

Before boarding Air Force One last Wednesday to head to an event in North Carolina, a reporter asked Trump about Omar and the allegations involving her brother.

Trump responded by saying, “There’s a lot of talk about the fact that she was married to her brother, I know nothing about it …  I’m sure that somebody would be looking at that.”

Trump, knowing how the media would try to play this, also pointed out for the record that he did not bring this up, but a member of the media.

Of course, as they usually do, the media ignored the truth and went on a rampage against the President.

And they also, of course, immediately sprung to the defense of Omar.

In fact, to give further evidence to the hashtag #JournalismIsDead, CNN “reporter” Jim Acosta stepped up to the plate, swung hard and missed by saying these accusations against Omar were false because, wait for it… Omar said they were.

Congresswoman Omar has denied this and other claims about her as "disgusting lies." But Trump was willing to dive right in.https://t.co/XcTftAN0fR https://t.co/rJqpMpvtam

Wow. Is that the new journalism standard? Ask someone a question and take their answer – whatever it is – and move on?

Well, it’s been that way for some time now – but only for the left.

The complete and total leftist bias in the media is only rivaled by their laziness and incompetence – at least when it comes to journalism.

They’re actually getting pretty good at defending their leftist masters and covering up any hint of scandal.

However, to the horror of the media and their leftist puppet masters, the Minneapolis Star Tribune – itself a liberal-leaning newspaper – reported on documents recently released that raise serious questions as to whether Omar married her own brother.

So, it’s not a vast “right-wing” conspiracy theory afterall but an ongoing investigation by an actual journalist at the Minneapolis Star Tribune.

Here is the opening paragraph from the Star Tribune story:

“New investigative documents released by a state agency have given fresh life to lingering questions about the marital history of Rep. Ilhan Omar and whether she once married a man — possibly her own brother — to skirt immigration laws.”

The Star Tribune also noted that the accusations of her illegal marriage to her brother actually date back to 2016 when, “the conservative Power Line blog suggest[ed] that Elmi is her brother and they married for unspecified immigration benefits.”

We will keep you posted on this creepy and fascinating story.