Latest
Joe Biden’s Reckless Behavior Has Created This Huge...
Tucker Carlson Exposed A Horrifying Way Vaccine Companies...
Top Republican Just Exposed How Democrats Are Covering...
A Key Player In the Democrats’ Attacks Against...
Dr. Fauci Was Working On This Huge Secret...
Devin Nunes Said Nine Words That Laid Bare...
This Voting Machine’s Irregularities Were Major Enough To...
A Top Official Dropped A Bombshell How Democrats...
This One Document Shows Just How Much Joe...
A Democrat Proposed A Wild Conspiracy Theory To...
Home Featured Lindsey Graham Just did this One Shocking Thing that has Donald Trump Smiling
Featured 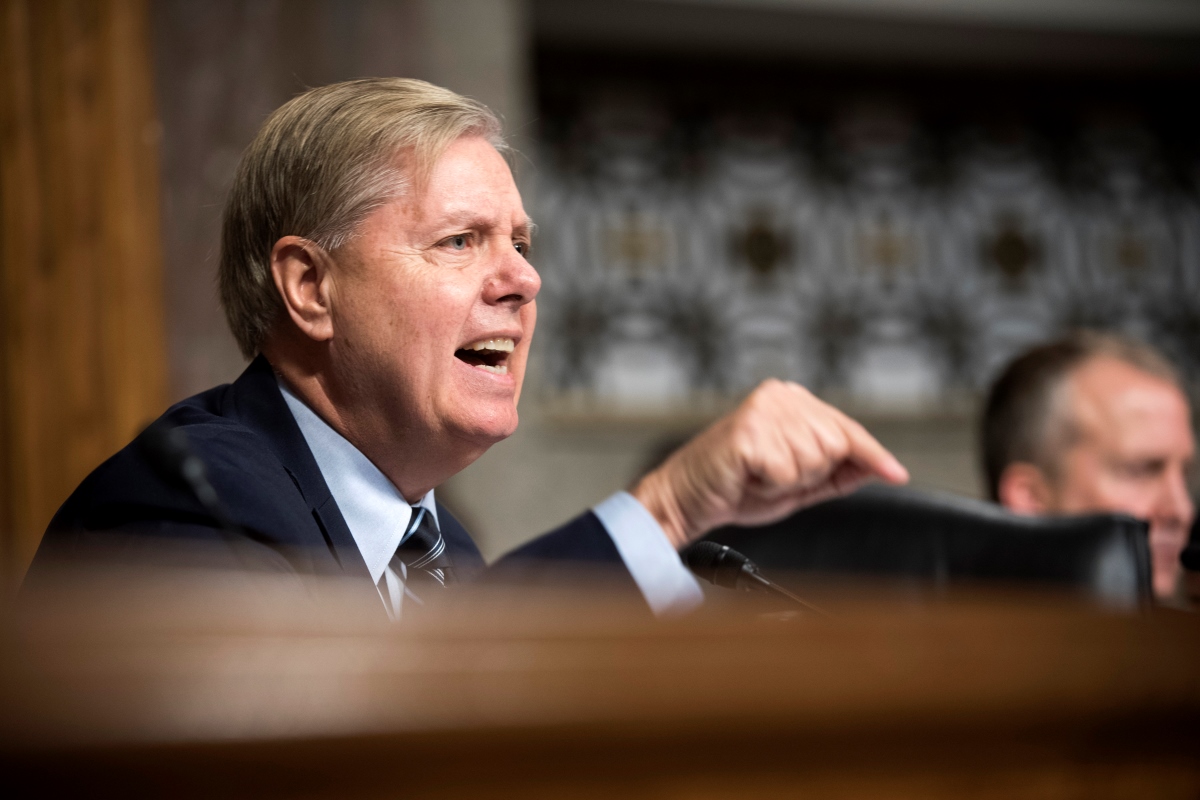 Deep State operatives are scared and scrambling to cover their tracks.

And leftist members of Congress are furious and vowing to stop this move that will prove the corruption of the Deep State.

That’s because Lindsey Graham just did this shocking thing that has Donald Trump smiling.

Senator Lindsey Graham (R-SC) has always been a thorn in the side of the conservative movement, teaming up with the late John McCain, Mitt Romney, and the other neo-cons of the Republican Party instead.

But recently, the South Carolina Senator has started acting, well, strange – for him.

He’s come to the defense of Donald Trump on a number of issues, has voted better on some key conservative bills, and has been especially helpful in getting Trump’s judicial nominees on the bench.

Of course, some will say Graham is just doing his job as Chairman of the Senate Judiciary Committee – meanwhile others will say he’s just pretending to be conservative leading up to his re-election and shouldn’t be trusted.

Well, no politician should ever be trusted.

There are a few like Rand Paul and Thomas Massie that you can count on, but for the most part politicians care about one thing – getting reelected.

They will act and vote in whatever manner they believe makes their reelection more likely.

But Graham is hard at work getting a bombshell document declassified that will prove beyond a doubt that disgraced former FBI Director James Comey knew all along the infamous Steele dossier was garbage.

If that’s true, it also proves that the entire investigation of Trump, his campaign, and his family was fraudulent.

But, that’s not all Senator Graham is doing.

As head of the Senate Judiciary Committee, he’s working to help Attorney General William Barr prepare cases against the Deep State co-conspirators who tried to depose Donald Trump via “Spygate.”

Last week, Graham announced he was working to declassify another “bombshell” document that proves beyond all doubt that James Comey and his Obama/Hillary sycophants within the FBI and Justice Department knew full well the Steele dossier was bogus when obtaining FISA warrants to spy on the Trump campaign.

This means that by intentionally misrepresenting the dossier as real intelligence, they filed a fraudulent FISA application with the court.

If so, this is not just an abuse of power – it’s an outright crime.

It is also one reason why many Senators and Congressmen are now joining with Rand Paul and Thomas Massie to oppose FISA reauthorization.

While Graham hasn’t gone that far yet, he’s certain that declassifying these documents will prove the FBI’s criminal acts.

“There’s a document that’s classified that I’m gonna try to get unclassified that takes the dossier — all the pages of it — and it has verification to one side,” Graham told ‘Sunday Morning Futures’ host Maria Bartiromo.

“There really is no verification, other than media reports that were generated by reporters that received the dossier.”

“So, the bottom line is the dossier has never been independently confirmed,” Graham said. “It was used to get a warrant,” Graham said.

“They knew the author of the dossier was on the Democrat Party payroll. He hated Trump; they got the warrant anyway. Most Americans should be very upset about that. I’m very upset about it. And we’re going to get to the bottom of it,” Graham concluded.

This is big news, not just for Trump but for all of us concerned about the Deep State corruption that’s taken over the swamp.