Latest
Joe Biden’s Reckless Behavior Has Created This Huge...
Tucker Carlson Exposed A Horrifying Way Vaccine Companies...
Top Republican Just Exposed How Democrats Are Covering...
A Key Player In the Democrats’ Attacks Against...
Dr. Fauci Was Working On This Huge Secret...
Devin Nunes Said Nine Words That Laid Bare...
This Voting Machine’s Irregularities Were Major Enough To...
A Top Official Dropped A Bombshell How Democrats...
This One Document Shows Just How Much Joe...
A Democrat Proposed A Wild Conspiracy Theory To...
Home Featured U.S. Air Force Announces Plan to Attack and Kill American Citizens For This Reason
Featured 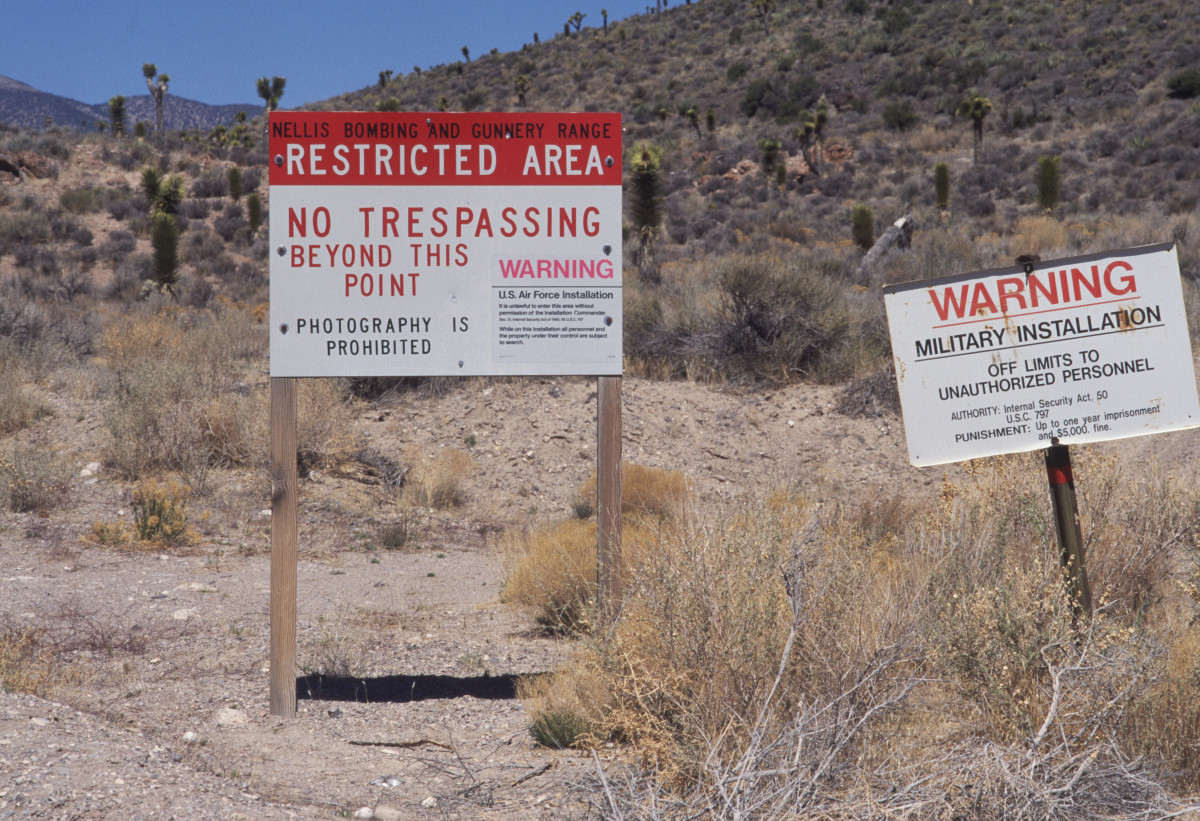 More than half a million Americans are in danger if this event goes as planned.

The military is ready for what could be the largest military attack on American soil since The War Between the States.

That’s because the U.S. Air Force has just announced plans to attack and kill American citizens for this reason.

At the time this article was written, more than 540,000 people have already signed up to storm Area 51 on September 20th of this year.

If everything goes as planned, and if those who have signed up to attend the Facebook event are serious, more than a half-million strangers will gather in a remote Nevada town in mid-September united by a common goal –- to raid Area 51 in the wee hours of the morning.

They intend to use their “strength-in-numbers” to storm the base and retrieve any and all evidence of extraterrestrial life hidden within the top secret government base.

The Facebook event page is filled with thousands of posts, articles, and memes theorizing the best way to break into the top-secret Air Force facility.

“We will all meet up at the Area 51 Alien Center tourist attraction and coordinate our entry,” reads a brief description of the event, which was created by a popular video game streamer.

And now the Air Force has put out its own statement saying they are well aware of the event.

“[Area 51] is an open training range for the U.S. Air Force, and we would discourage anyone from trying to come into the area where we train American armed forces,” a spokesman said.

“The U.S. Air Force always stands ready to protect America and its assets.”

Of course, the signs posted on the base’s perimeter state that those who trespass may be subject to “deadly force.”

While the organizers, the media, and clearly many of those who have signed up say it’s just a joke, the question is how many don’t realize it’s a joke – or don’t care?

Will there actually be a mass of people trying to take over Area 51 on September 20?

The facility, located on Nellis Air Force base, has long been a source of public intrigue.

In fact, for decades, Americans were told Area 51 didn’t exist at all.

But that notion was officially debunked in 2013 when the CIA confirmed its existence through documents obtained in a public records request by George Washington University.

This, of course added even more fuel to the fire.

Afterall, why would the government lie about it and cover it up for so long? It must be because there is proof of aliens stored there.

Or it may be we actually have real aliens and spaceships being kept there.

Either way, Area 51 is definitely real – although the Air Force and CIA states it’s nothing more than an aircraft testing facility.

They deny it has anything to do with extraterrestrial life.

But as usual with the government, the years of lies and cover-ups just gives credence to the conspiracy theories that the government uses the base to hide aliens and their spacecraft.

In an attempt to quell the rumors of aliens, the CIA has since published information about the test flights that have taken place there.

As media coverage of this event grows, along with those signing up to attend, we will keep you posted.