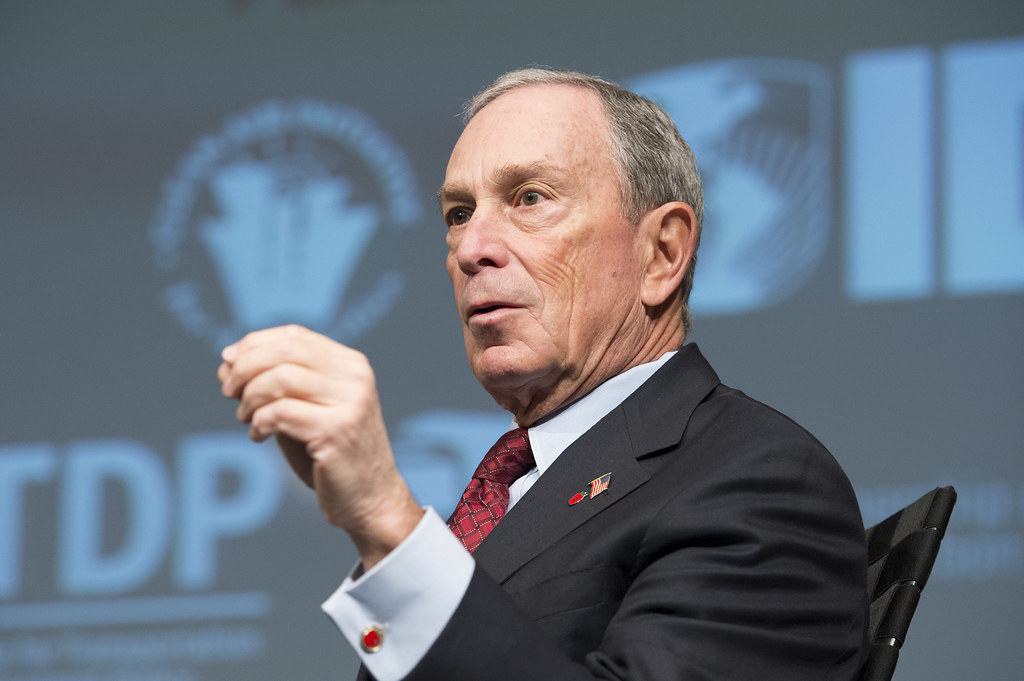 The former New York City Mayor and Deep State leader is spending millions on a plot no one saw coming.

And if he succeeds it could mean the end of the Trump agenda.

Former Mayor Michael Bloomberg has been a busy man over the last few years, spending millions of his own dollars to promote the Deep State leftist agenda.

First it was the creation of “Mayors Against Illegal Guns-Everytown for Gun Safety”, then he flirted with an independent run for President in 2020 and now he’s started a new group.

The State Energy and Environmental Impact Center is a group dedicated to placing far left lawyers in state attorneys general offices with only one goal in mind: to take on the Trump Administration on environmental issues.

The official mission of the group is to provide “direct legal assistance to interested attorneys general on specific administrative, judicial or legislative matters involving clean energy, climate change and environmental interests of regional and national significance”.

Boiled down, it simply means they are hiring and placing lawyers in AG offices around the country to try and prosecute the Trump Administration and energy companies for the crime of “climate denial”.

And the center sends detailed biweekly reports to Bloomberg’s philanthropic group.  This brings up the highly suspect practice of state A.G. officers taking money from private funders to pursue through the judiciary policies desired by the funders.

In other words, it raises the possibility that state employees are being bribed through gifts, campaign contributions and outright cash payments to advance a political agenda.

And on the legal front this situation raises serious due process concerns.

The Center is based out of NYU’s law center and according to its own literature is dedicated to thwarting the Trump administration’s environmental and energy policies and in promoting a “green agenda”.

In an email to colleagues about the Center, Maryland Deputy Attorney General Carolyn Quattrocki said this; ”The gist is that Bloomberg is funding through NYU some fellowship positions for midcareer environmental litigators to be farmed out to State Attorneys General to join the fight against Trump’s rollback of our environmental protection laws and regulations.”

Virginia’s Attorney General Mark Herring was even more blunt. He flat out stated his office would use Bloomberg resources “to advance the agenda represented by the donor”.

Of course Bloomberg spent more than $2 million into electing and re-electing Herring. And Bloomberg is a major donor to numerous Democrat causes and groups, making this scheme very troubling.

Fortunately this scheme can be stopped. The Virginia Legislature stopped Herring from his goal once it was leaked out.

And in Maryland, once the scheme was found out, the Attorney General Brian Frosh (whom Bloomberg supported in his primary) tried to cover up his request for a $125,000 salary for one of his “special” assistants.

The courts ruled Mr. Frosh had no legal authority to enter into this arrangement.

Expect this issue to heat up as the radical left and Deep State forces continue their efforts to take down Trump in any way possible.