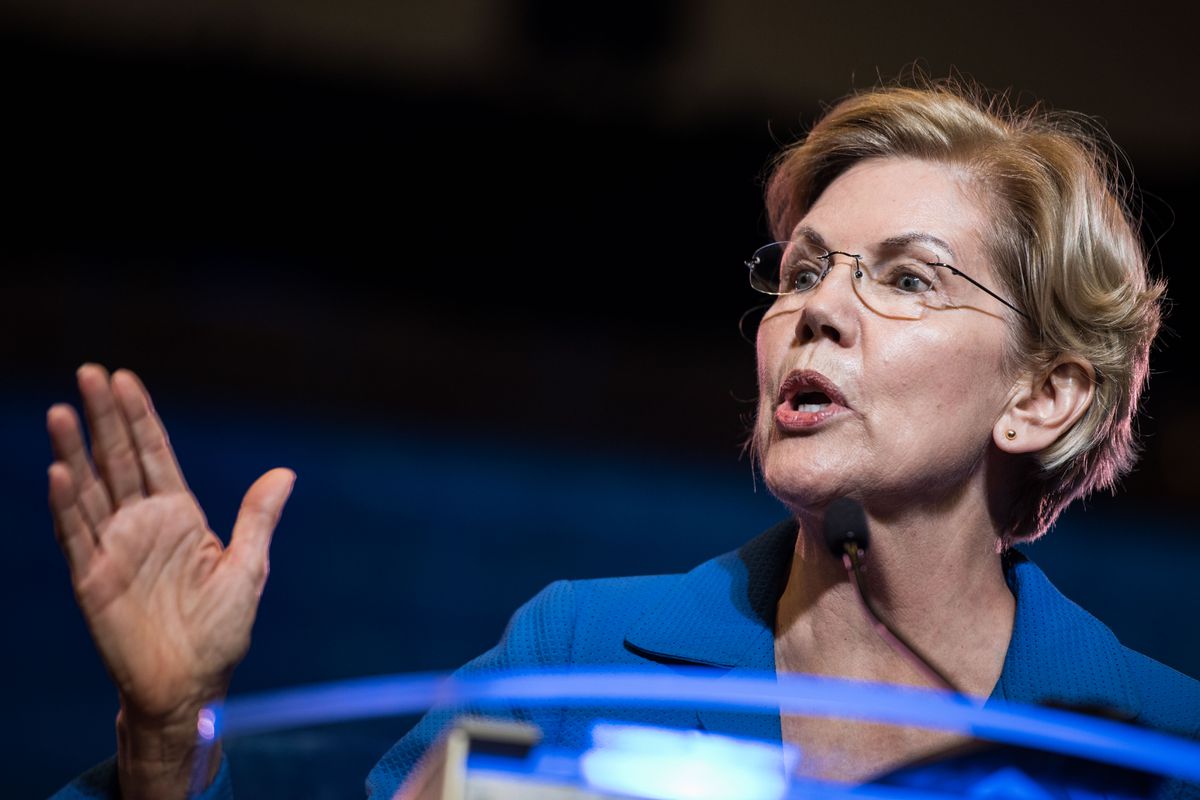 As our national debt spirals out of control, Democrats are scrambling to see who the biggest spender is.

And the American people are the ones who will suffer if the Socialists have their way.

Because Bernie Sanders and Elizabeth Warren are in a frightening bidding war on who will spend the most.

A recent column by Conservative Economist Stephen Moore shed some light on the nation’s continuing deficit problem, and he put the blame squarely on the shoulders of the big spenders in the swamp.

This comes on the heels of the Congressional Budget Office’s just released mid-year report on the nation’s fiscal situation, which simply put is: there is a coming debt avalanche.

The new report estimates budget deficits are very likely going to remain in the $1 trillion territory for years to come. It appears that multi-trillion dollar deficits are the new norm inside the beltway.

And the fact is, it doesn’t matter who is in the White House, or who controls Congress. Every year federal spending rises and the deficit gets larger.

The CBO’s spend-and-borrow forecast shows, yet again, that it is time to panic. Or at least time for Republican leaders to do what they were elected to do: cut spending and shrink government.

I say Republicans, because with Donald Trump in the White House and the Senate still in Republican hands, they have a chance to stop the idiocy and hypocrisy that is bankrupting a great nation.

And I say Republican because it appears there is no such thing as a fiscally sound Democrat anymore, at least not at the national level.

So don’t even bother to tell leading Democrats like Sens. Bernie Sanders and Elizabeth Warren that. They’re far too busy advocating tens of trillions of dollars in new federal spending.

As soon as one increases their spending plan by $10 billion, the other one increases it $15 billion. It’s an almost comedic part of the Democrat presidential race.

Almost comical, because if they happen to win the White House and the Senate, we will see at least some of their wacky socialist spending plans go into action.

Republicans, especially in the Senate led by Mitch McConnell, have broken just about every single promise they made during the 2016 and 2018 elections.  From failing to repeal Obamacare to failing to cut even a dime from abortionist Planned Parenthood, Republicans have many Americans doubting whether they are any better.

In fact one source on the Hill told Deep State Journal, “While I understand the frustration, the people need to realize they have to vote Republican because at least we aren’t quite as bad.”

That is very troubling but also very telling how the Deep State thinks.

As Stephen Moore put it;

“In 2018 and 2019, federal tax collections were higher than in any previous year in history. Most people outside of the Washington swamp would rationally conclude from this that we do not have a revenue problem in Washington.

What we do have is a binge-spending problem, and it’s getting worse. Last year, Congress approved spending bills that lifted expenditures by some $128 billion. The year before that, the increase was $160 billion. So much for Republicans professing to be the party of limited government and balanced budgets.”

It’s very telling indeed that Senator Rand Paul could only get 21 of his colleagues to vote for a bill that would balance the budget in five years with only modest cuts in spending.

IRS May Be Forced to Release Donald Trump’s Tax Returns