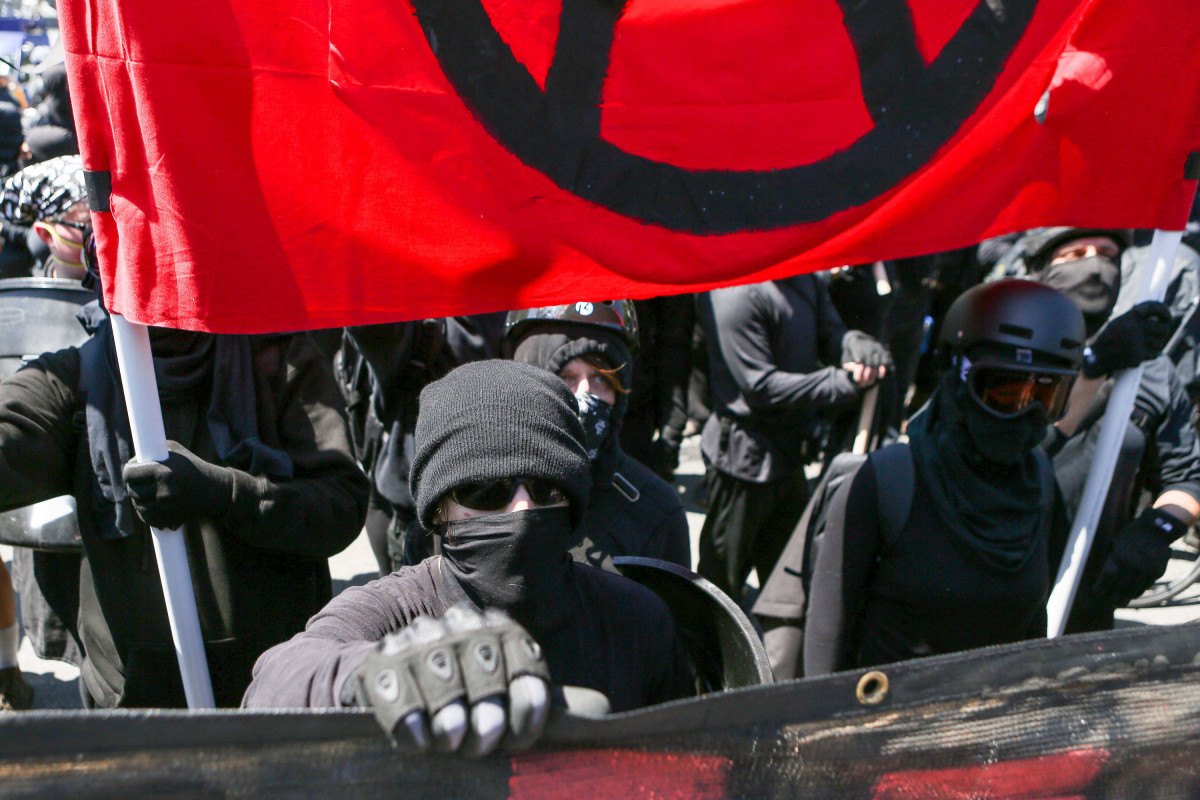 Antifa keeps proving they are nothing more than a collection of cowardly terrorists and thugs.

And now Antifa vows deadly violence on the National Mall during the Independence Day festivities.

Fresh off their violent descent on complicit Portland, Antifa terrorists are ready to swarm on our nation’s capital later this week.

This time they aren’t even pretending to be peaceful.

Get ready for some all-out nasty violence, possibly deadly, by the Democrats’ “vanguard of the people”.

The question is, how far do these terrorists have to go before police and FBI are actually allowed to stop them?

How many more people must they hurt, hospitalize or even kill before someone, somewhere says “enough”?

It’s no secret why Antifa conducts their violent actions only in Democrat-run cities, they know their Democrat overseers won’t stop them.

In Portland, the Democrat Mayor ordered the police to stand down. There are multiple reports the police stood by and watched as one elderly man was beaten severely with a crow bar.

Now Antifa returns to the Swamp itself promising violent attacks including the use of balloons filled with acid.

A person utilizing anti-conservative artwork created by a Rolling Stone journalist friendly with Antifa has threatened to attack attendees of an upcoming Demand Free Speech rally with “muriatic acid, wax, and balloons” on July 6 in Washington, D.C.

According to Big League Politics, “A user with the name ‘POUND ON YOUR BOY’ made several threats against the rally, prompting co-organizer Enrique Tarrio to contact the FBI and DHS, who are now planning to provide additional security to the event.

Over the course of about 10 minutes last night, the ‘POUND ON YOUR BOY’ account asked how the D.C. event is ‘coming along’, and referenced muriatic acid multiple times.”

“‘I just want to toss as many balloons of Muriatic acid in the faces as many Proud Boys I can [sic]’, wrote the user, “I just want to blind as many of you [expletive] are possible [sic].’”

According to Tarrio, he made some more threats then left after warning, “We already have the Muriatic acid, wax, and balloons.”

The threat is especially dangerous due to the use of wax. While muriatic acid (which can be purchased in virtually any home improvement store), is already dangerous on its own with the ability to cause burns, it can quickly be washed off with water.

Antifa is made up mostly of mask-wearing cowards who are young, wealthy and white, and pasty-skinned losers, who know how to use violence as a tool to make the news and feel proud of themselves for beating up old men and little girls.

And their use of acid and wax means someone there knows how to cause the most pain, injuries and even death.

According to Big League Politics, the artwork and phrase used in the threats were created by Fagan Kuhnmuench, a Rolling Stone and Playboy writer who repeatedly writes articles and social media posts sympathetic of Antifa.

Which, based on their responses so far, makes him eligible to be a Democrat candidate for President.

When asked whether the “POUND ON YOUR BOY” Telegram account belonged to him via direct message on Twitter, Kuhnmuench took 18 hours to deny it was his Telegram account. He informed Big League Politics that he is not on the social media platform, but did not provide comment on his art being used to make violent threats.

Tarrio confirmed to Big League Politics that this information has been forwarded to the FBI.