Latest
Joe Biden’s Reckless Behavior Has Created This Huge...
Tucker Carlson Exposed A Horrifying Way Vaccine Companies...
Top Republican Just Exposed How Democrats Are Covering...
A Key Player In the Democrats’ Attacks Against...
Dr. Fauci Was Working On This Huge Secret...
Devin Nunes Said Nine Words That Laid Bare...
This Voting Machine’s Irregularities Were Major Enough To...
A Top Official Dropped A Bombshell How Democrats...
This One Document Shows Just How Much Joe...
A Democrat Proposed A Wild Conspiracy Theory To...
Home Featured Hillary Clinton Just Can’t Stay Out of the News and This Time the News Is Bad
Featured 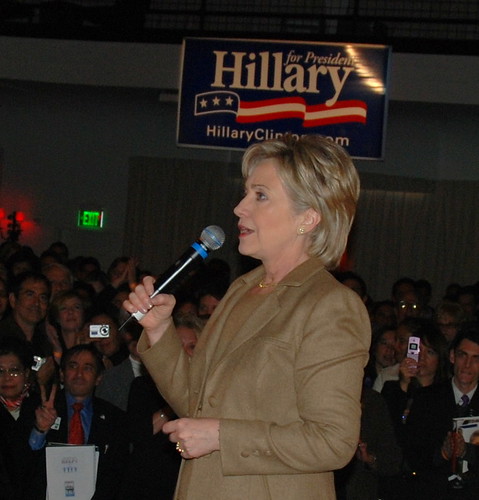 This federal judge was shocked when he learned about this Hillary Clinton cover-up.

According to this judge, everyone from the State Department to the FBI was involved in the cover-up.

And that’s why Hillary Clinton just can’t stay out of the news, and this time the news is bad.

In the ongoing Clinton scandals, likely nothing has received more media coverage than that of Hillary’s private email servers and their use and destruction.

But now, there is even more information coming out about the servers, and this time from a federal judge.

As Fox News reported last week, a federal judge, during a heated hearing, “unabashedly accused career State Department officials of lying and signing ‘clearly false’ affidavits to derail a series of lawsuits seeking information about former Secretary of State Hillary Clinton’s private email server and her handling of the 2012 terrorist attack on the U.S. Consulate in Benghazi, Libya.”

According to court transcripts of the hearings, U.S. District Court Judge Royce Lamberth also said he was “shocked” and “dumbfounded” when he learned the FBI had granted immunity to former Clinton chief of staff Cheryl Mills during the investigation into the use of Clinton’s server.

Lamberth went on to say, “I had myself found that Cheryl Mills had committed perjury and lied under oath in a published opinion I had issued in a Judicial Watch case where I found her unworthy of belief, and I was quite shocked to find out she had been given immunity in — by the Justice Department in the Hillary Clinton email case.”

This follows a shocking June report from The Department of Justice’s Inspector General (IG), Michael Horowitz, stating it was, “inconsistent with typical investigative strategy” for the FBI to allow Mills to sit in during the agency’s interview of Clinton during the email probe, given that classified information traveled through Mills’ personal email account. “[T]here are serious potential ramifications when one witness attends another witness’ interview.”

All of this stems from a Judicial Watch lawsuit and trying to get the court to compel Clinton and other Obama Administration officials to testify as part of the lawsuit.

Clinton, for her part, is sticking to her same old answers on all of this, and continues to literally shrug off any attempts to get to the bottom of either her illegal use of her personal server, or her role in mishandling the horrible attack in Benghazi, resulting in the deaths of brave Americans.

Clinton said on NBC’s Today; “Take the Benghazi tragedy—you know, I have one of the top Republicans, Kevin McCarthy, admitting we’re going to take that tragedy—because, you know, we’ve lost people, unfortunately, going back to the Reagan administration, if you talk about recent times, in diplomatic attacks, but boy, it was turned into a political football. And it was aimed at undermining my credibility, my record, my accomplishments.”

As usual, everything is about her.  She has never seemed to care about the loss of life on her watch, even when it was determined it could have been prevented.

We will keep you posted on the attempts to get to the bottom of all the Clinton corruption as new information comes out.