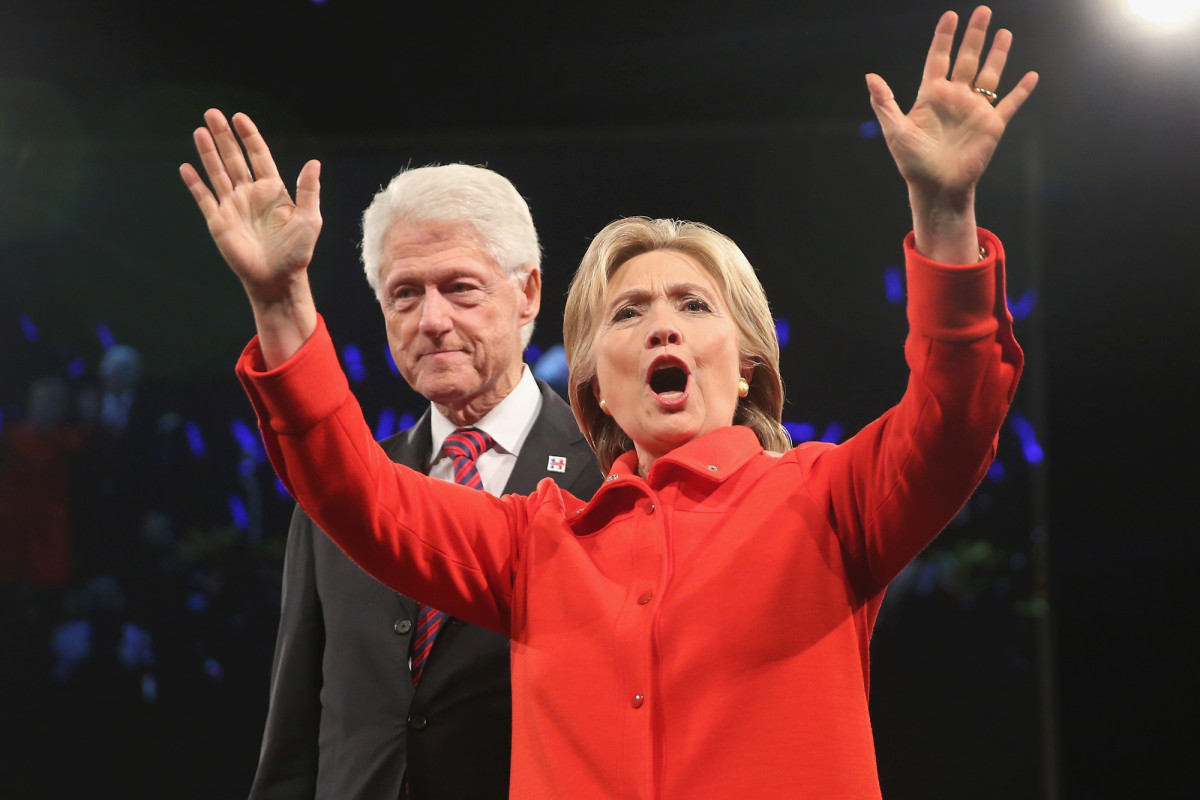 She wants this video removed from the internet before more damage is done.

This video puts the lie to Democrat claims of “always being” pro-illegal immigration.

And Hillary Clinton is furious as this Bill Clinton racist rant goes viral.

Hypocrisy in American politics is nothing new.

Both parties are certainly guilty of massive hypocrisy on any number of issues.

Who can forget Mitch McConnell’s “root and branch” speech where he promised to get rid of Obamacare by tearing it out root and branch?  Of course nothing close even happened, we still suffer under Obamacare and most of the fault lies squarely on McConnell’s shoulders.

Or just look at all of the increased spending, and increased deficits under Republican administrations and Congresses.

Every election season Republicans run on a platform of spending cuts, getting rid of wasteful spending, balancing the budget and shrinking the size of government.

Instead taxes rise, spending increases and the government continues to grow.

Or, take a look at the videos of leading Democrats like Obama, Biden, and others talking about the need to end illegal immigration.

Now, of course, they are all on the “illegal immigration and more of it” bandwagon.

But probably no political leaders have had more problems with this than the Clintons.

While Hillary talks about women’s rights and the #MeToo movement, she remains married to and defends a man who, by all accounts, is a serial rapist and misogynist.

And, it turns out, very likely a racist as well, at least by current leftist media standards.

As the liberal media and the radical left continues their complete meltdown over Trump’s so-called “racist” comments regarding immigration, a shocking video of Bill Clinton has surfaced and is lighting up the internet.

And Hillary’s husband’s comments are much harsher than anything Trump has said as President.

This video has surpassed 81 million views so far and may soon break the 100 million mark.

And this video’s release comes just days after a video surfaced showing Barack Obama calling for a border wall in 2006.

The Democrats are all being exposed yet again as hypocrites on the immigration issue.

And it’s no wonder, originally they feared that the largely Catholic, strong family values immigrants from Central America would be Republican voters.

Once the Democrats figured out that by being strongly in favor of MORE illegal immigration they could capture these voters, they completely changed their tune.

Here are just some of Bill Clinton’s statements – while he was President, in his 1995 State of the Union address before Congress:

“All Americans…are rightly disturbed by the large numbers of illegal aliens entering our country.”

Of course, Donald Trump would get crucified for saying this today, but Democrats gave Bill Clinton a Standing Ovation.

And he went further;

“…Our administration has moved aggressively to secure our borders more by hiring a record number of new border guards, by deporting twice as many criminal aliens as ever before, by cracking down on illegal hiring, by barring welfare benefits to illegal aliens.”

One can only hope the American people are aware of this utter contempt by the Democrat party.