Latest
Kevin McCarthy’s Bid as Speaker Now In Doubt...
FBI Whistleblower Paid the Price for Calling Out...
Nancy Pelosi’s Replacement Could be Much Worse for...
Joe Biden’s FBI Director Just Admitted This About...
Leading GOP Congressman Says Joe Biden has Weaponized...
A Shocking New Study on Gun Laws Has...
World Leaders Agreed to a Global Passport System...
This Lincoln Project Co-Founder is in Hot Water...
Biden’s CIA Head Ran This Think-Tank That Hired...
The Shocking Truth About Jeffrey Epstein’s Network of...
Home U.S. NewsGovernment Barack Obama at Risk of Jail Time Because of This Judge’s Shocking Order
Government 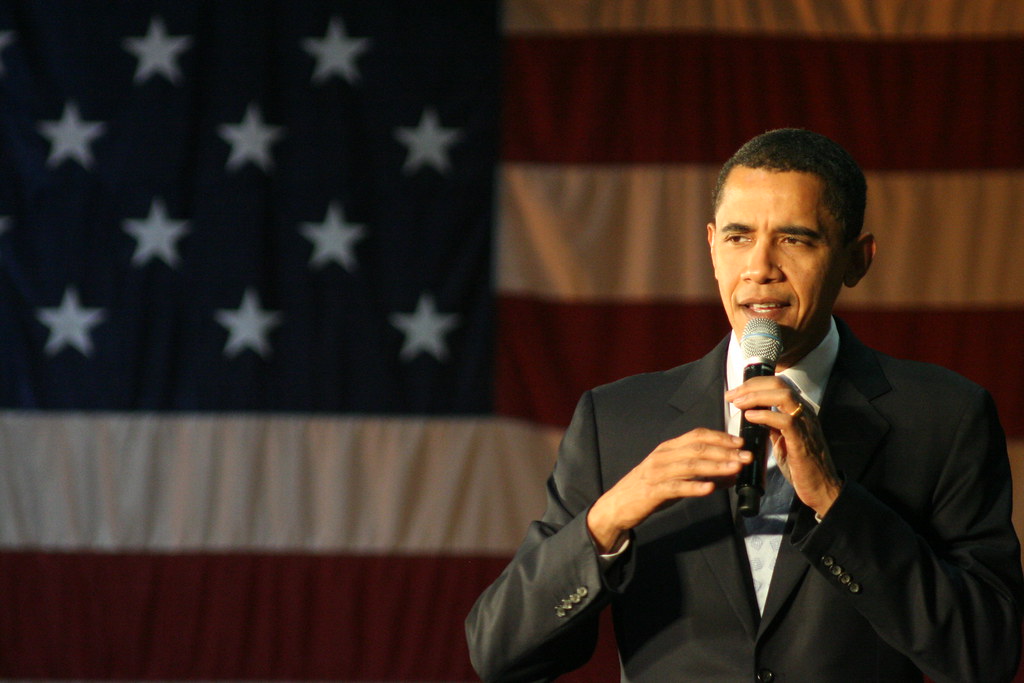 This Judge just ordered a full-scale investigation into this aspect of the Jussie Smollett case.

And it could very well reach all the way to the former President and first lady.

This puts Barack Obama at risk of jail time because of the Judge’s shocking order.

Chicago politics and law enforcement has a long history of corruption and the newly reactivated Jussie Smollett case is a classic example of this.

Smollett was the openly gay actor who claimed two “MAGA wearing” white thugs attacked him on a Chicago street.

The city of Chicago Police Department spent millions of dollars and thousands of man hours trying to solve the case.

When all was said and done, it turned out, of course, that Smollett didn’t just make it up, he actually paid to have two Nigerian brothers attack him so he could claim it was Trump supporters.

The case made worldwide news and became a sensation because of Smollett’s high-profile acting career and because of the nature of the alleged attack.

Then, not even three weeks after his indictment, the Cook County State’s Attorney Kim Foxx stunned the world when she announced that Smollett’s case had been completely dismissed.

To make matters worse — and even more suspicious — Foxx refused to answer any questions about why the case was thrown out.

The jaw-dropping decision furthered public opinion concerning the shady history and doings of Cook County politics. It also infuriated the Chicago police and outraged Americans across the political spectrum.

Many believe this was all done at the behest of either Michelle Obama or maybe even the former President himself.

Judge Michael Toomin ruled that Foxx’s naming of Joseph Magats as the “acting state attorney” during the Smollett prosecution was invalid and that no such title existed.

But Judge Toomin went much further, saying that since there was no official prosecutor on the case, it “raises plenty of questions.”

“There was no master on the bridge to guide the ship as it floundered through uncharted waters, and it ultimately lost its bearings,” Toomin wrote in his opinion.

“The unprecedented irregularities identified in this case warrants the appointment of independent counsel to restore the public’s confidence in the integrity of our criminal justice system.”

But then Judge Toomin shocked everyone involved in the case by appointing a special prosecutor to investigate why Smollett’s charges were suddenly and mysteriously dropped by Foxx without explanation.

According to the Chicago Tribune, Toomin wrote that Smollett’s case “purported to have been brought and supervised by a prosecutor serving in the stead of our duly elected State’s Attorney, who in fact was appointed to a fictitious office having no legal existence.”

And in an even more shocking decision, Judge Toomin gave the as of yet unnamed special prosecutor a wide scope and wrote that he or she may investigate “the actions of any person or office involved in all aspects of the case.”

That means Smollett, Foxx, Tina Tchen, the Smollett family and even the Obama’s themselves could be investigated, charged or brought up on indictments.

We will keep you updated on this fast-moving story.