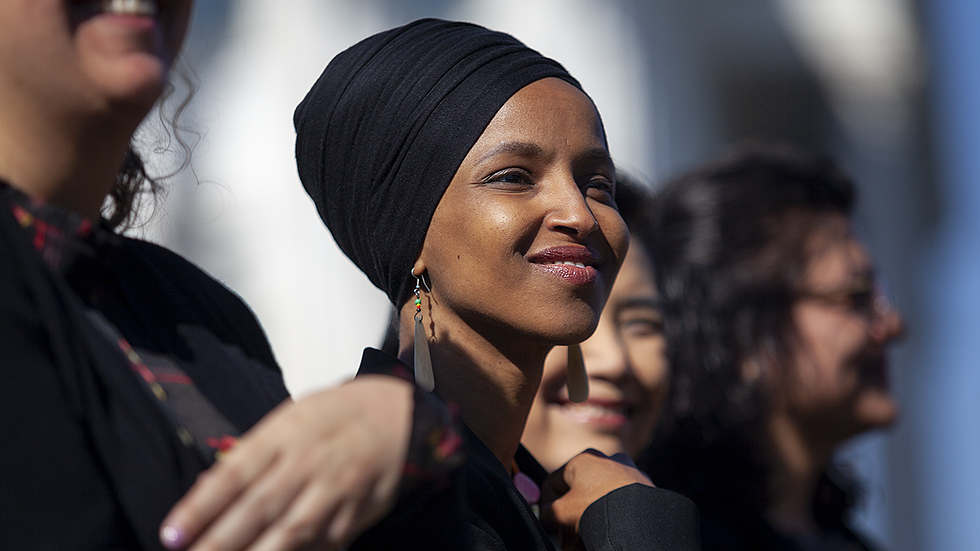 She has been a darling of radical socialists and ISIS supporters.

And Omar was considered by many to be a national player in the growing national socialist movement.

But Congresswoman Ilhan Omar just got this bad news that will end her career.

When she ran for Congress, she ran as a “true outsider” who would help clean up Washington D.C. while also promoting a socialist radical anti-Jewish agenda.

However, now we know the truth.  She is just a radical socialist who only plans on “cleaning up” by adding to her personal bank account.

Apparently, she intends to join Bernie Sanders as yet another millionaire socialist out to destroy everyone else’s wealth.

Minnesota officials are demanding Rep. Ilhan Omar (D-Minn.) pay back thousands of dollars in campaign donations that she misused for her own purposes.

The Minnesota Campaign Finance and Public Disclosure Board came to a decision last Thursday, announcing that Omar took thousands in campaign donations and used the money for her own personal expenses and for personal out-of-state trips.

This of course, makes her no better, and in many ways worse, than the congressmen, she rails against.

According to an Associated Press report, the socialist congresswoman must pay back a $500 penalty to the state for using campaign donations for a personal trip to Florida that cost over $3,500 and came out of donations to her campaign committee.

She also used money from her campaign to travel to Boston for a speech, Chicago to accept an award, and in Washington D.C. to pay for a hotel so she could attend a conference.

The ruling by the Campaign Finance Agency states that Omar also used campaign funds for other personal expenses — $1,500 to pay off her tax returns and $2,250 to law firms for personal work.

Minnesota State law states that travel by lawmakers must be directly related to serving in office if campaign funds are used.

Omar violated that law multiple times for personal trips. The congresswoman’s campaign spokesman said that Omar is “glad this process is complete” and that she will comply with the board.

In other words, she admitted to violating the law, repeatedly. And her only penalty is to repay her campaign. Of course if this same thing had happened to a conservative Republican they would likely be in jail.

Once again, the Deep State defends its own.

IJR Red previously reported that the complaints against Omar were first brought by Minnesota Republican State Rep. Steve Drazkowski after he observed her repeated offenses.

“I had observed a long pattern,” Drazkowski said in an interview. “Representative Omar hasn’t followed the law. She’s repeatedly trampled on the laws of the state in a variety of areas, and gotten by with it.”

He also pointed out that most of his colleagues were afraid to speak out against the congresswoman because of her background, and because of multiple “implied threats” many had received about speaking out against her.

Of course in today’s climate, where old ladies are beaten almost to death for wearing a red hat, the fear is real and goes further than just being called names, there is a very real threat of escalating violence.

We will keep you updated on this breaking story.