Latest
Joe Biden’s Reckless Behavior Has Created This Huge...
Tucker Carlson Exposed A Horrifying Way Vaccine Companies...
Top Republican Just Exposed How Democrats Are Covering...
A Key Player In the Democrats’ Attacks Against...
Dr. Fauci Was Working On This Huge Secret...
Devin Nunes Said Nine Words That Laid Bare...
This Voting Machine’s Irregularities Were Major Enough To...
A Top Official Dropped A Bombshell How Democrats...
This One Document Shows Just How Much Joe...
A Democrat Proposed A Wild Conspiracy Theory To...
Home U.S. NewsGovernment This “Republican” Congressman Just Said the Words Trump Feared the Most
Government

This “Republican” Congressman Just Said the Words Trump Feared the Most 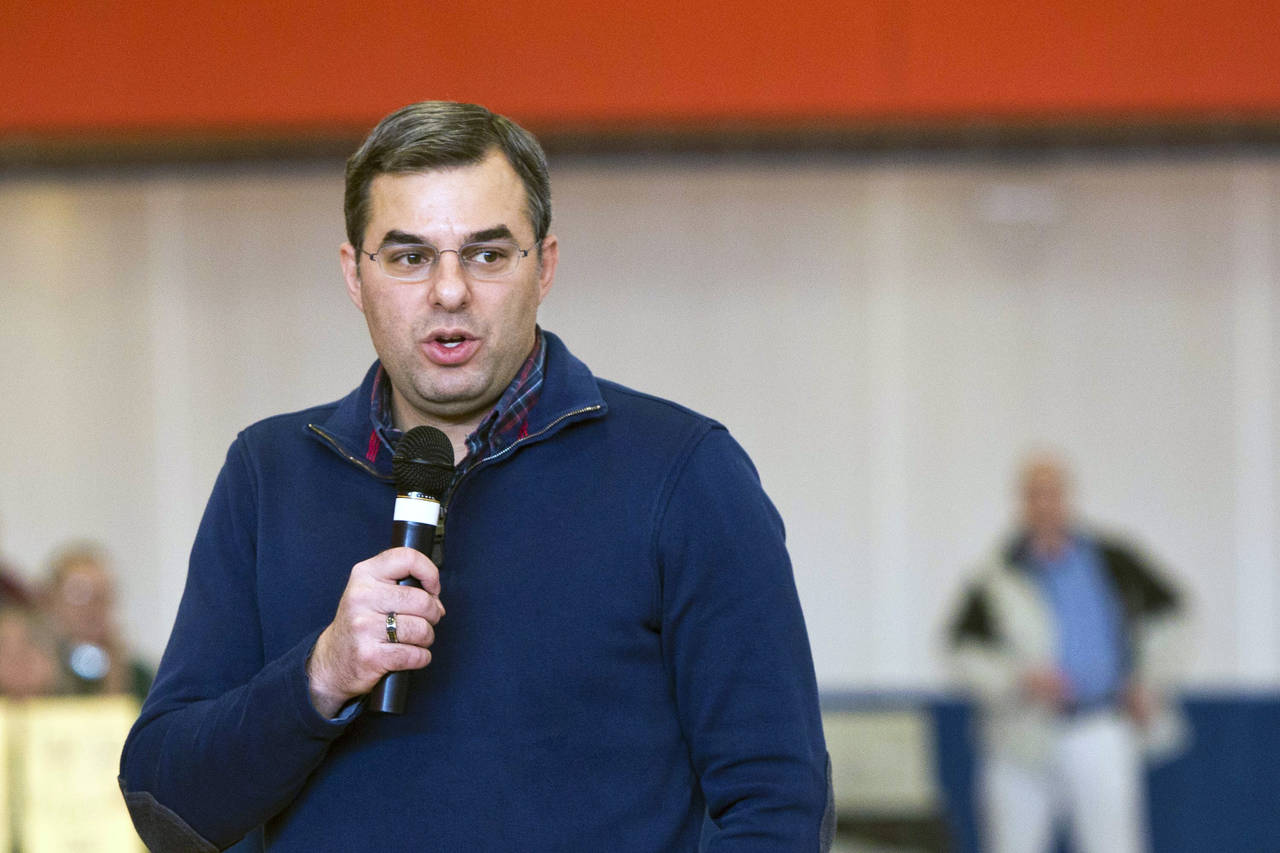 Calls for the President’s impeachment have been loud and shrill from leftist Democrats.

This is despite the clear evidence that any collusion was done by Clinton and Obama, and the lying was done by the FBI and DOJ.

But this Republican Congressman just said the words Trump feared the most.

Congressman Justin Amash (R-MI) is known mostly for his “principled” libertarian stand on issues. Of course how principled depends on what your definition of libertarian is.

He is also known in D.C. political circles for his almost cult-like following among his staff and supporters, and an arrogant, unfriendly nature that leaves even allies with a mixed view of him.

Now, Amash has added another group of admirers to his court: Never-Trumpers like Bill Kristol and Max Boot.

So strange that this year Amash will be facing a tough primary challenge from a conservative state legislator.

And you can be sure the neocon, never-Trump dark money billionaires will be funding Amash in this primary fight.

All of this is because Amash tweeted out his support of impeachment of the President based on his reading of the full Mueller report.

Congressman Amash, who once proudly railed against FISA courts, and FBI and DOJ abuses, is now using those very things to call for impeachment.

While he claims his calls for impeachment are “principled,” this former Amash supporter is infuriated by Amash’s sudden love of the DOJ.

Rather than principled, his support of FISA courts, illegal wiretaps, unconstitutional surveillance of a candidate, his staff and his family, indictments based on nothing but false dossiers, and rampant abuse at the FBI and DOJ is unprincipled at best, and cause for removing him from office.

Now, new information has come out that there may be more to the story.

It turns out Amash may have a strong financial motive as well.

Congressman Amash has significant business interests in China that could be harmed by President Trump’s America First trade policies.

In fact, the Amash family ties with China go back decades. And in 2015 alone Amash reported $1 million in income from Michigan Industrial Tools, the parent company of Tekton tools, which is the Amash’s family business.

These companies all use and greatly benefit from the cheap importation of Chinese manufactured products.

And it goes even deeper for the Congressman. He also happens to be the co-owner of Dynamic Source International, the Chinese company that supplied these goods.

So Amash, it seems, was being paid handsomely from both sides.

Or is it just simply yet another case of Trump Derangement Syndrome, where Amash, like his neocon buddies, hates the President so much they will find any excuse to oppose him?

One of Amash’s constituents put it this way: “The fact is, instead of making American-made products made by American workers, Justin Amash has chosen Chinese workers to make products which he then sells in America.”

Instead of cozying up to neocons like Bill Kristol and coming out in support of the Deep State criminals in the FBI and DOJ, Amash would be better served to closely read the book License to Lie: Exposing Corruption in the Department of Justice by Sidney Powell.

This book exposes the truth behind what really goes on at DOJ and how they consistently lie, cheat and defraud to get their way.

It is a chilling true story account of just how bad our criminal justice system is.

Justin Amash would be better off going back to his distrust of the Deep State and the police state instead of lending them his support.

Barack Obama Just Got the Bad News He Feared Most